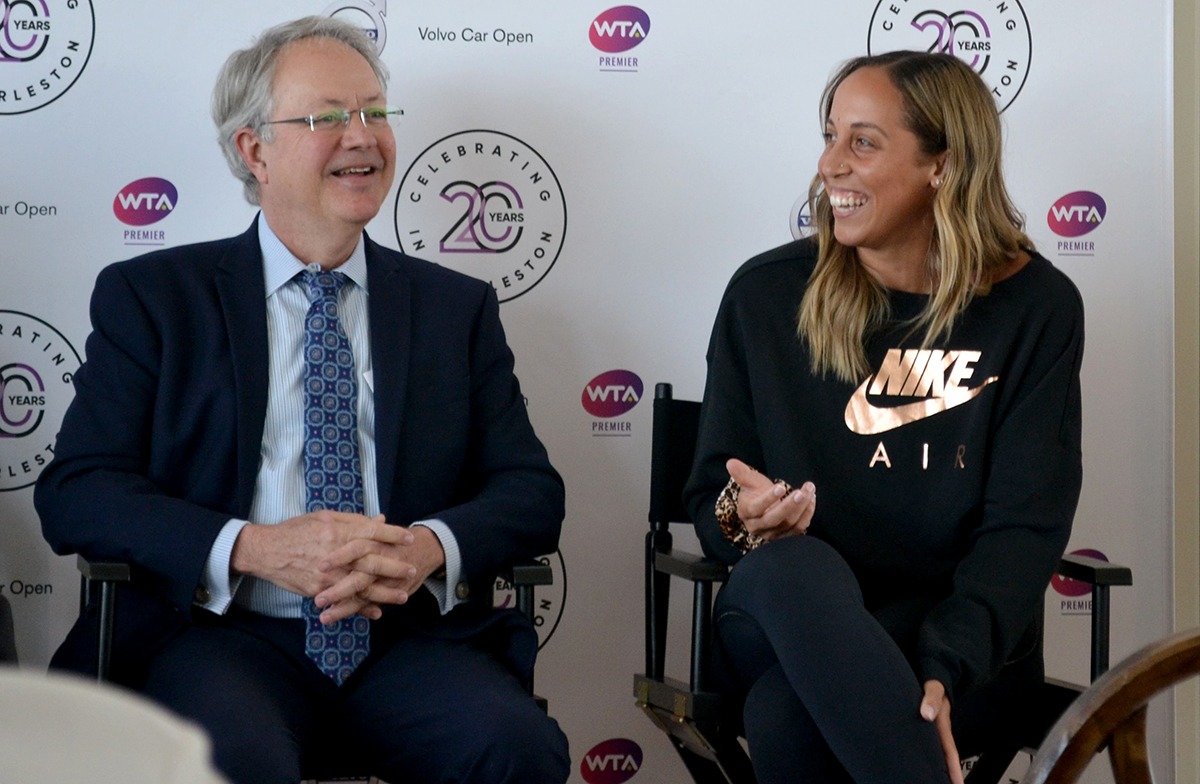 As the region shut down in March 2020, the tournament director saw no other choice and lost over a million dollars as a result. By that time, more than 50% of the facility had been built out with temporary spaces for dining, fan experiences, bleachers and more. That’s money the tournament will never get back.

“As we walked into this year, I had a hard deadline to make the decision about a month and a half ago,” Moran said.

Still feeling uncomfortable with the positive testing rate, and with an obligation to protect players at all cost, Moran made the call in February to keep fans out of the temporary Stadium Court on Daniel Island. He also nixed the typical 300 to 400 volunteers.

The 2021 Volvo Car Open will be a made-for-TV event only and both the Tennis Channel and WTA Media have agreed to broadcast the tournament with a full week of coverage that includes more than 70 hours of live tennis around the world.

Moran said only select sponsors will be allowed on-site, as well as a TV crew of about 30 and a core tournament staff of 10. Add in subcontractors, line officials and food and beverage and the total count should be fewer than 200 people on site each day.

“We’re different than any other sport. Our workers are people coming from across the globe,” Moran said. “This isn’t like the NBA or MLB where everyone’s in the states going city to city.”

In recent weeks, players have traveled to the Middle East and Australia, and after Charleston, players will continue on to France.

Protocols are stringent, and players are expected to be on-site when they’re playing and practicing, then strictly at the hotel during their off times.

Moran credits Medical University of South Carolina protocols and testing to helping the tournament move forward. With the Volvo Car Open’s 56-player draw and its crew, upward of 2,000 tests will be performed.

The measures are taxing on players, but Moran said they’re necessary. Having fans constantly cross their paths would only make it harder to maintain a healthy and safe environment.

Postponement also wasn’t possible. Events are already scheduled throughout the rest of the year with the French Open and Wimbledon and beyond.

“Ultimately, we’re doing this because we want the players to have an opportunity to play and make a living,” he said.

Though the region will lose out on the tourism that the tournament brings, Moran thinks Charleston still will benefit from the event, which will be televised all day to 170 countries over a two-week span.

“We’ll have great footage from Charleston and Daniel Island that’s seen by more than 20 million additional fans across the world. That impact is enormous,” Moran said.

WTA Media Managing Director John Learning works with the tournament on every aspect of getting pictures of the event out to broadcasters. Over the last year, he’s seen tennis audiences increase significantly.

“It’s insane. Regardless of whether it’s tennis or tiddlywinks, everybody is just exhausted and wants a bit of normalcy,” Learing said. “Tennis fans are so hardcore. They desperately missed three quarters of tennis that was canceled last year.”

He adds that the Volvo Car Open has the advantage of kicking off the clay season. Without fan attendance, people will be glued to televised coverage more than ever.

“We’ll continue to provide exposure, to sort of tell the story of Charleston and how great it is,” Learing said. “It doesn’t necessarily have a direct impact on the city itself, but I’m not kidding when I tell you that outside of the Grandslams and maybe Indian Wells, Charleston, for our staff and freelancers, is the most valued event and the most fought after event to attend.”