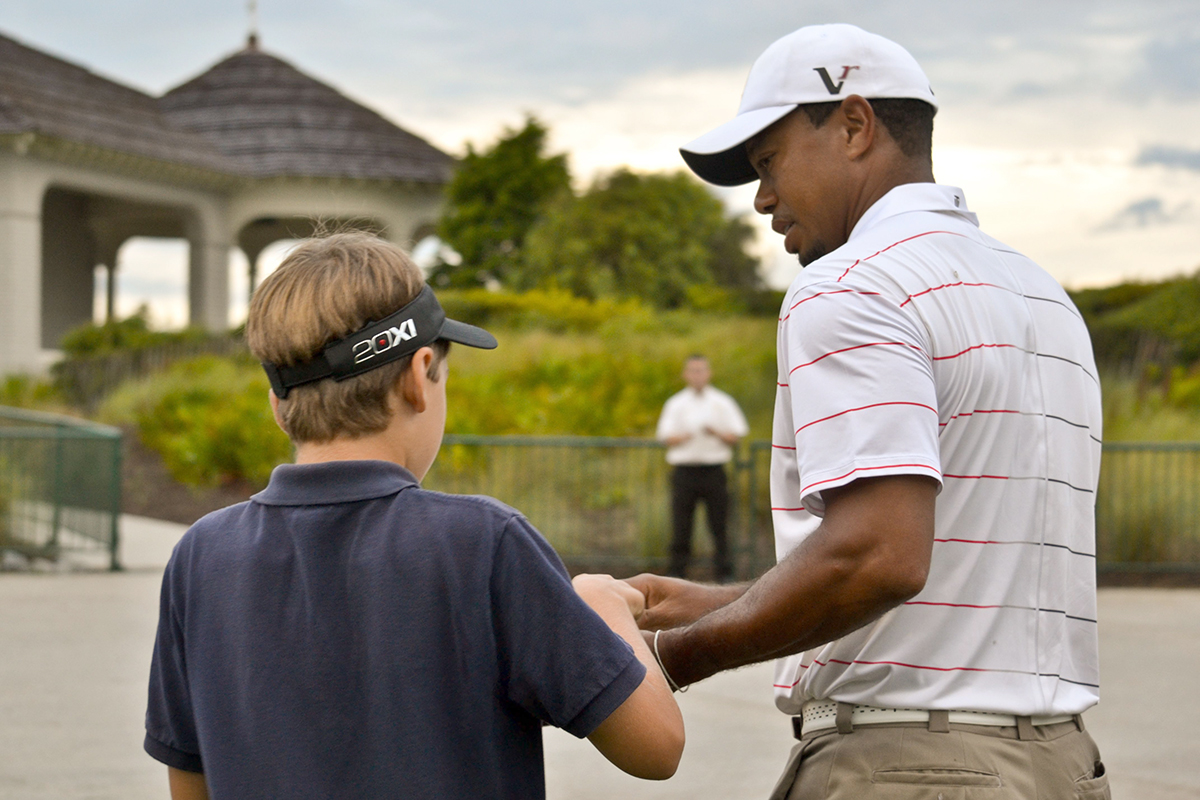 The recent tragic incident involving Tiger Woods this week brought back a memory from the 2012 PGA Championship when our photographer, Leslie Burden, got up before dawn to get a photo of Woods going through a practice round. It wasn't easy getting this photo because Woods never announced when he would be in town or playing before the tournament began, for obvious reasons. Woods said recently he was hoping to play in The Masters in April, and there was hope he would make an appearance at the 2021 PGA Championship set for May 20-23 on The Ocean Course. However, more important things matter now, and we wish him a speedy recovery.

This is what we wrote about that moment when a young fan walked up to him in August 2012.

Let’s face it: Tiger Woods is to golf what Arnold Schwarzenegger is to movies ... and life. It’s great to have all the pro golfers and semi-celebrities hanging around and helping flood the area with cash during the 2012 PGA Championship this week, but people see Tiger and they think, “I need to text my mom — I just saw Tiger Woods.”

So it wasn’t unusual that there would be a gaggle of about 15 autograph seekers hanging out at The Ocean Course driving range early Wednesday morning hoping to breathe the same air as that guy and maybe score an autograph. One lucky fan got to touch greatness that morning. 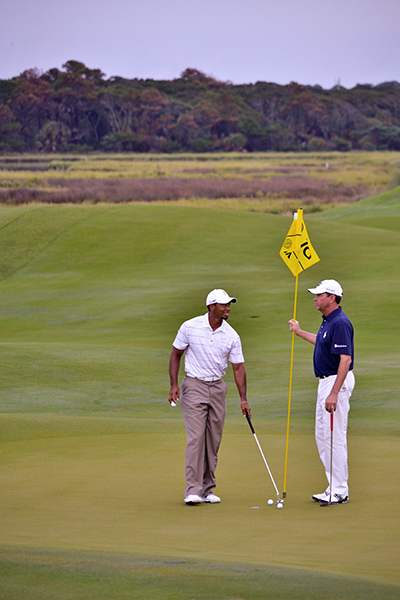 Approaching a Tiger is a lot like approaching a difficult putt at the Course Too Tough to Tame. You have to measure the distance, identify the break and gauge the timing. The young fan’s dad coached him on what to do and what to say, but — just like Woods — only he could execute on the moment.

We’re certain that most of the PGA Championship attendees seeking autographs, misfired golf balls and used-up golf tees are going to keep the souvenirs under glass in their homes as part of the family’s heirloom collection. But if you wanted to get an autograph to sell, Tiger Woods’ signature is among the most valuable.

A quick look at eBay, where fewer than 500 items were listed this week, shows that Woods’ penmanship starts at around $300 and goes up from there, depending on what it’s on. A Tiger Woods signature on a golf hat can be had for as much as $5,000, and an autograph from 2001 is listed for $25,000.

“Mr. Woods, can I have your autograph?” the young fan asked on Wednesday.

As one of the first to come up to Tiger as he headed to practice on the back nine, he got Tiger’s attention for a moment. Then Woods was back in the zone, focused on the task at hand and moving past the other hopefuls who wouldn’t get an autograph that morning. Maybe that’s why Tiger Woods’ signature is essentially a license to print money. As celebrity athletes go, he hasn’t historically given a lot of autographs — so if you get one, maybe you’ve got something worth more than a few hundred dollars. You’ve got a story to tell.