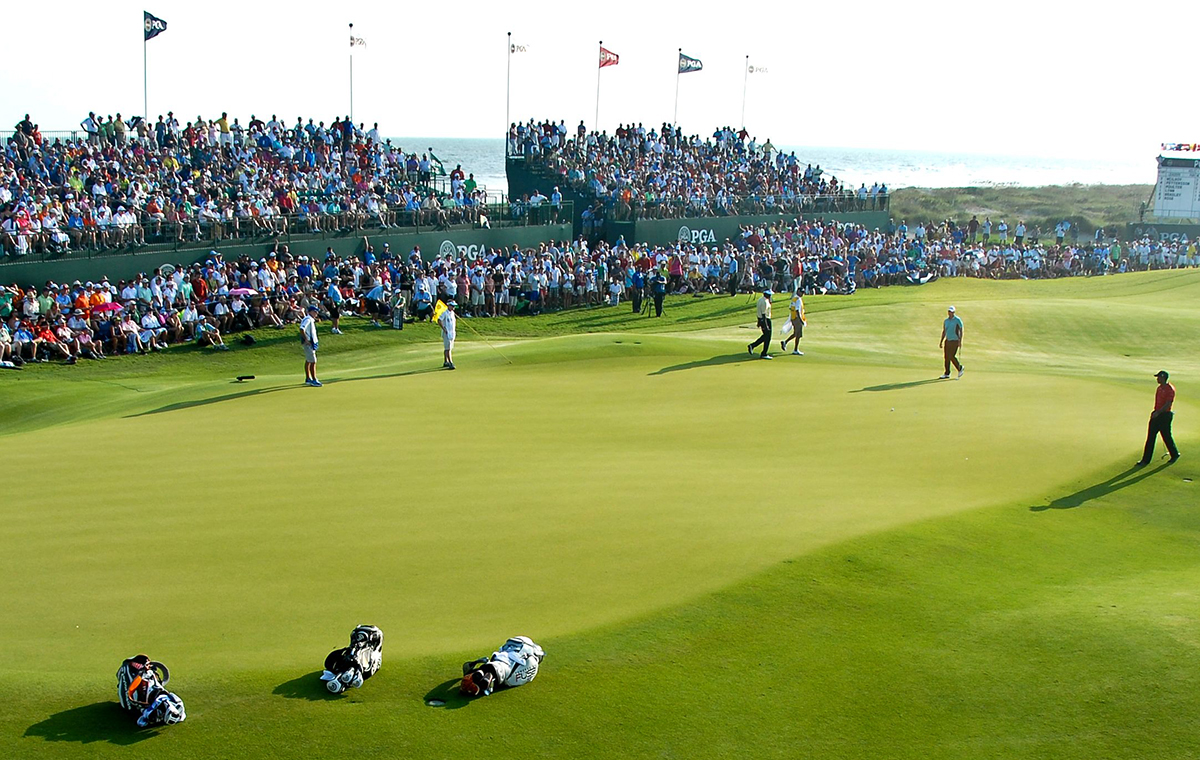 The sold-out 2021 PGA Championship will go on as scheduled, but will limit fans to 10,000 a day now, the organization said in a news release.

The major golf championship will run May 17-23 at The Ocean Course at Kiawah Island Golf Resort and will restrict spectators based on a combination of factors, including the purchaser’s original registration group, time of purchase and daily inventory. A spokesperson for the PGA declined to say how many spectators would have been allowed to attend originally.

The decision was made in coordination with the state of South Carolina, the Centers for Disease Control and Prevention and MUSC Health, the official medical services provider for the 2021 PGA Championship.

Last year’s event was held without any spectators at TPC Harding Park in San Francisco and had been postponed until August. PGA of America President Jim Richardson said he is excited to welcome back spectators, even if it is in a health conscious and responsible way.

“While we wish we could accommodate the sellout crowds who had purchased tickets, the 2021 PGA Championship will be steeped in gratitude as the best players in the world compete on the historic Ocean Course at Kiawah Island Golf Resort… While crowds will be smaller than originally planned, we know the passion for golf in the Carolinas will create a memorable atmosphere on-course and excitement throughout the region.”

In the past, the PGA has held three events at Kiawah Island: the 1991 Ryder Cup, 2007 Senior PGA Championship and the 2012 PGA Championship, which made an economic impact of $193 million. This year’s event was anticipated to bring in more than $200 million, pre-spectator restrictions, according to PGA Championship Director Ryan Ogle.

Ticketholders will be notified of their order status via email. Those who are not able to attend will receive a full refund.