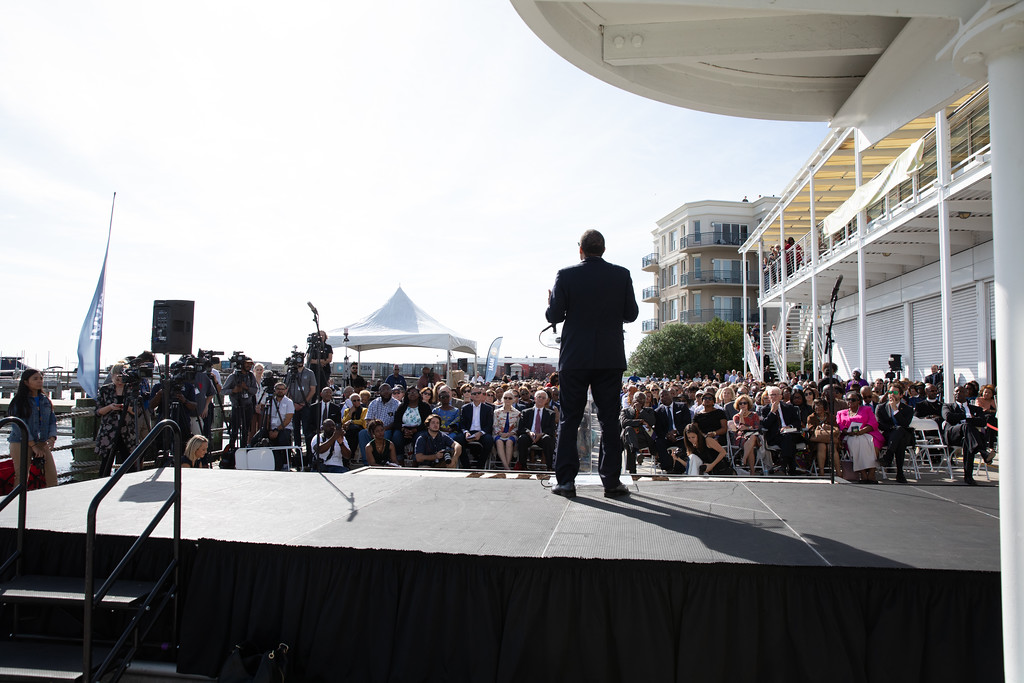 Sony Corp. of America is donating $1.7 million in products to the International African American Museum in its ongoing commitment to social justice and diversity.

The gift on behalf of the Tokyo-based Sony Corp. and its U.S. affiliates, is being made through Sony’s Global Social Justice Fund. It will support the Atlantic Worlds Gallery and other aspects of the Charleston museum, the IAAM said in a news release.

As a centerpiece of the museum, The Gallery, will feature windows overlooking the path that slave ships took to arrive at the former Gadsden’s Wharf.

“Diversity is built into Sony’s DNA,” President of Sony Corp. of America Mark Khalil said. “It is one of our company’s values, and this donation translates that vision into action. We are thrilled with this partnership and look forward to working with the Museum on this incredible project.”

The museum will incorporate numerous Sony products into its design, including the first public deployment in North America of a new LED display series in a 32-by-7 foot configuration. Other featured Sony products include a laser projector, a 4K displays and wireless microphones.

Mike Fasulo, president and COO of Sony Electronics Inc., said the company is honored that Sony can play a part in bringing the IAAM’s vision to life.

“These innovative products are the pinnacle of acuity and resolution, helping to create fully immersive exhibits that bring important history to life for millions of museum visitors,” he said.

“Not only will we create more virtual options to learn and inspire, but we will also make use of the extraordinary new technology so generously contributed by Sony inside the museum,” he said. “When our doors open in 2022, visitors will experience the journey of African Americans in a way that has never been seen or felt before.”