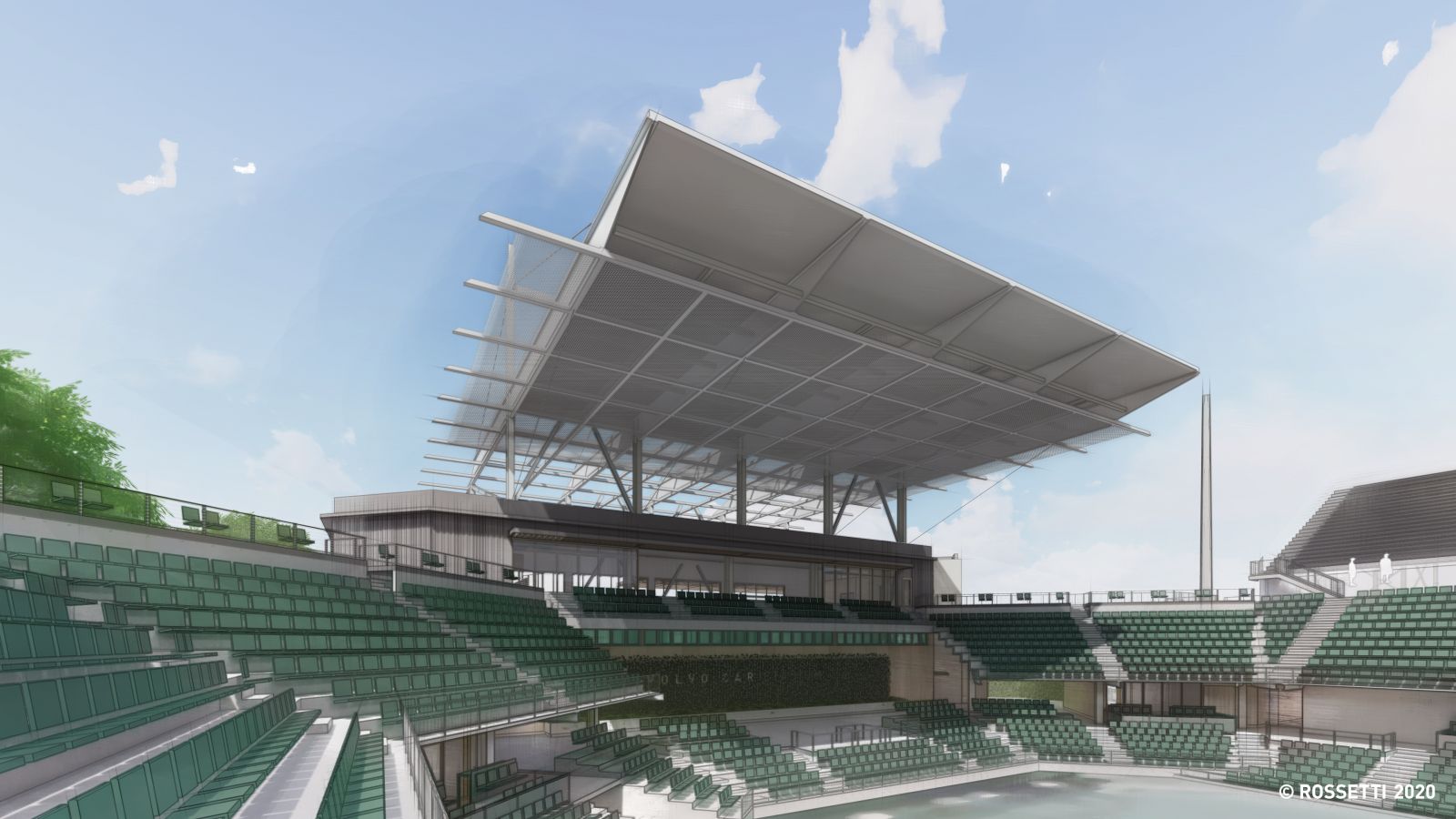 Serving as a visual gateway to Daniel Island for 20 years from Interstate 526, the Volvo Car Stadium is set to undergo renovations with a donation by the owners of Charleston Tennis LLC, which operates the Volvo Car Open tennis tournament.

Charleston Tennis LLC owners Ben and Kelly Navarro are donating the cost of the renovations to the city of Charleston, which owns the stadium, the company said in a statement.

Ben Navarro said the plans include touches that modernize the facility, focusing on the experience of sports and event spectators, while also keeping the accessible feeling he experienced 16 years ago.

“I first fell in love with the tennis tournament on Daniel Island in 2004, when I attended with my four young kids,” Ben Navarro said. “I remember that we only had four seats in the stadium back then so my youngest daughter would sit on my lap.  Fifteen years later I found myself at the Kenny Chesney concert realizing it was the best concert of my life. I knew at that moment that we had to do something special with the stadium.” 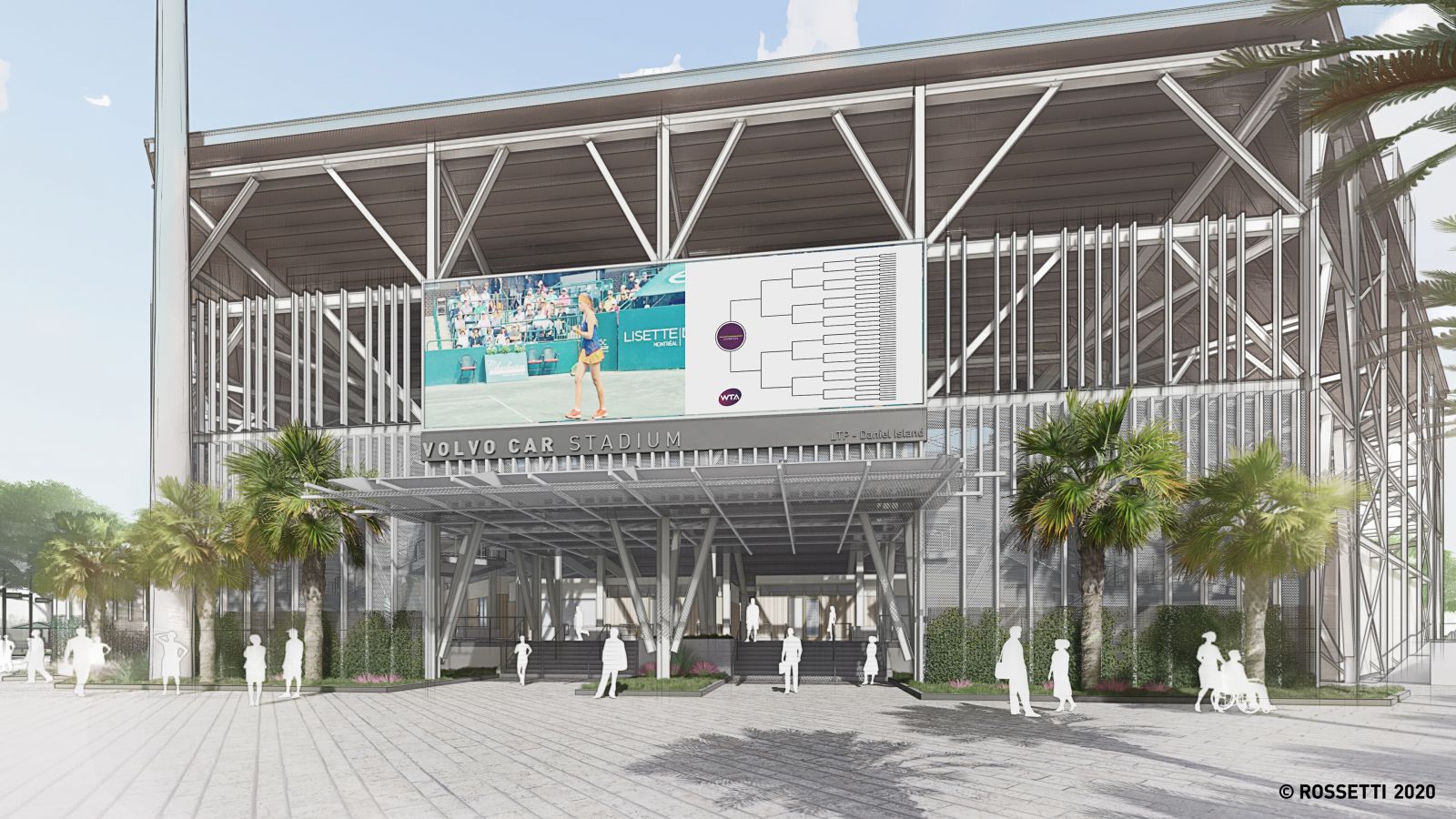 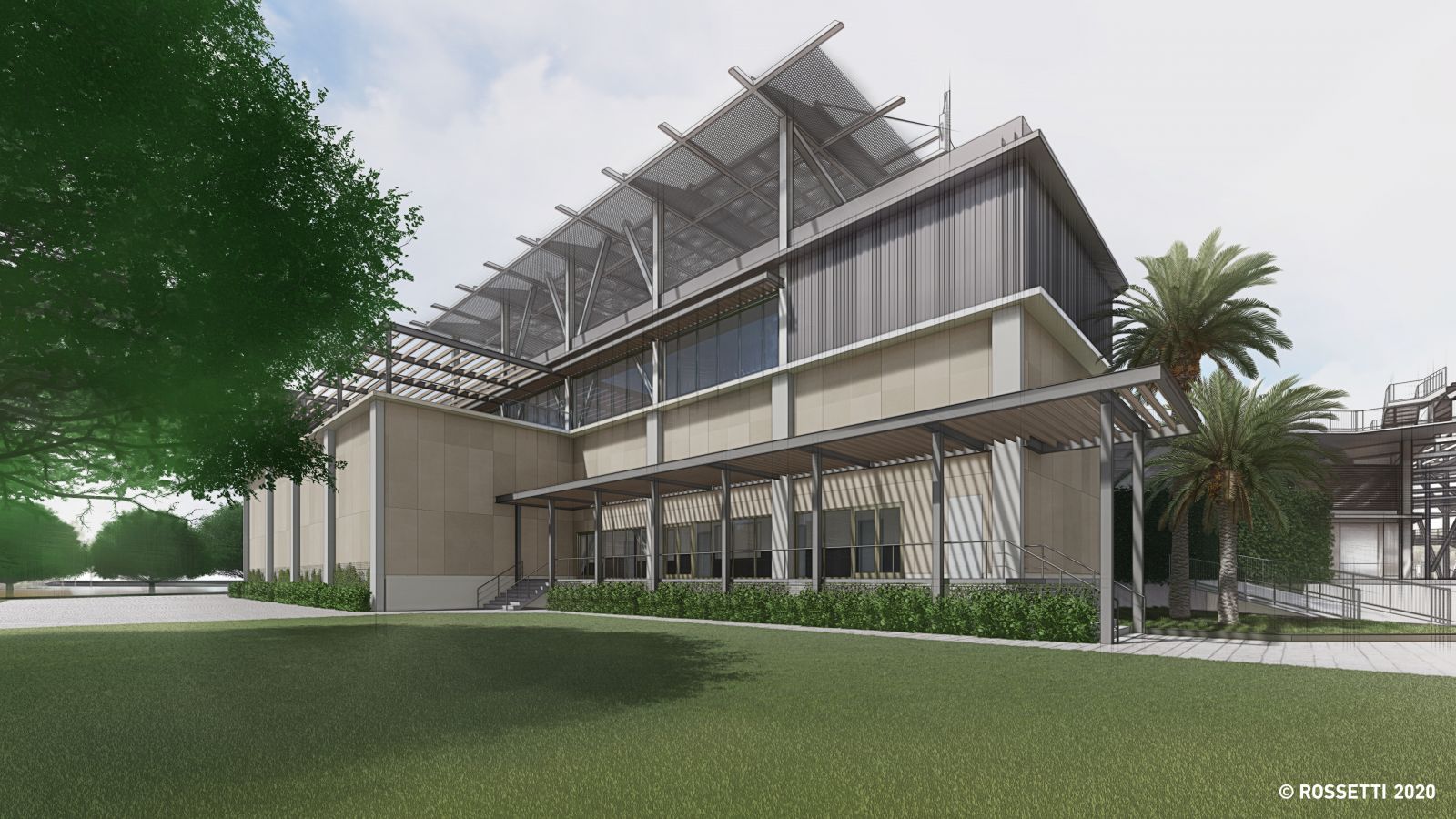 The Navarros’ company serves as the parent company of the Volvo Car Stadium, Volvo Car Open and LTP Daniel Island.

Charleston Tennis LLC said renovations include a multistory house with player wellness facilities that include “premium” locker rooms and space for physical therapy and exercise. The facility also will include areas for media and production facilities.

The project also will involve food preparation areas and a VIP Club level that will overlook center court. Pre-construction renderings show the center court building with a permanent canopy structure to offer covering for tennis fans and other event attendees.

Calling the offer to pay for the renovation a “remarkable gift” to the city, Charleston Mayor John Tecklenburg said he was anxious for work to begin.

“Ben and Kelly Navarro’s donation to fund the renovation of the Volvo Car Stadium on Daniel Island is just the latest in a long list of examples of their generosity and unwavering support of the Charleston community,” Tecklenburg said in a statement. “This renovation will dramatically enhance the experience of both players and visitors, draw in world-class performances and inspire local young athletes who are coming up through the ranks.”

If the city gives final approval to construction plans, the project could be finished as soon as next fall, Charleston Tennis LLC said. That would require a temporary stadium to be built for the 2021 tournament, which is still slated for April 3-11. Plans already are in the works for an interim space that could hold 3,000 spectators, Volvo Car Open Tournament Director Bob Moran said.

“We are beyond excited with what this state-of-the-art, world-class facility will become as a result of this renovation,” Moran said in a statement. “We can’t imagine a better way of celebrating our 50th year of tennis in 2022 and look forward to showing off the new facilities to our players, fans, partners and volunteers.”

Moran emphasized that the Volvo Car Open would follow all health and safety guidelines for hosting the tournament in 2021.

“As of now, our team is working as if we are moving forward with our normal preparation cycle for the tournament,” he said. “With that said, we will be planning for multiple variations of what the event could be with the overarching premise that the health and safety of our fans, players, volunteers, partners and staff will be our top priority.”