A major Lowcountry tourist attraction has been protected in perpetuity by a conservation easement, guaranteeing that it will remain undeveloped for generations to come.

Boone Hall Plantation & Gardens’ conservation easement consists of about 598 acres, including 370 acres of forest and 1.5 miles of creek frontage. Under the terms of the easement, the McRae family, which owns Boone Hall, may use the property only for agriculture, education and tourism. 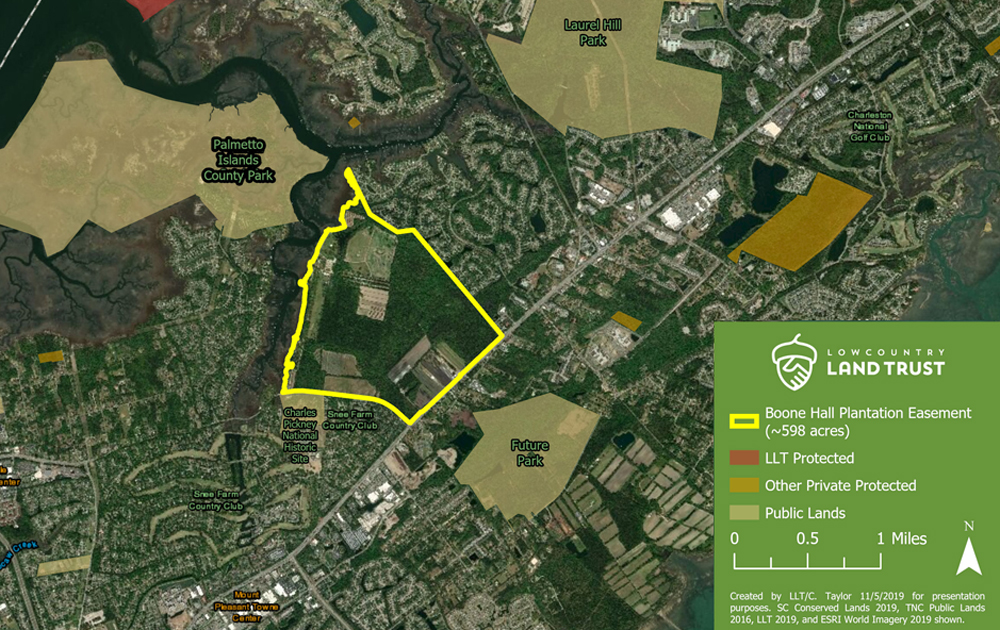 A conservation easement is a voluntary legal agreement between a landowner and a land trust or government agency that permanently limits uses of the land. Landowners retain many of their rights, including the right to own and use the land, sell it and pass it on to their heirs.

“The McRaes’ vision for this property to continue to be a working landscape in an intensely urban environment was critical,” said Ashley Demosthenes, president and CEO of Lowcountry Land Trust. “Willie and his family thoughtfully charted how they’d like to see the property remain, not just in the next few years but forever. ... The McRae family contribution was extraordinary. He’s (Willie) such a hero.” 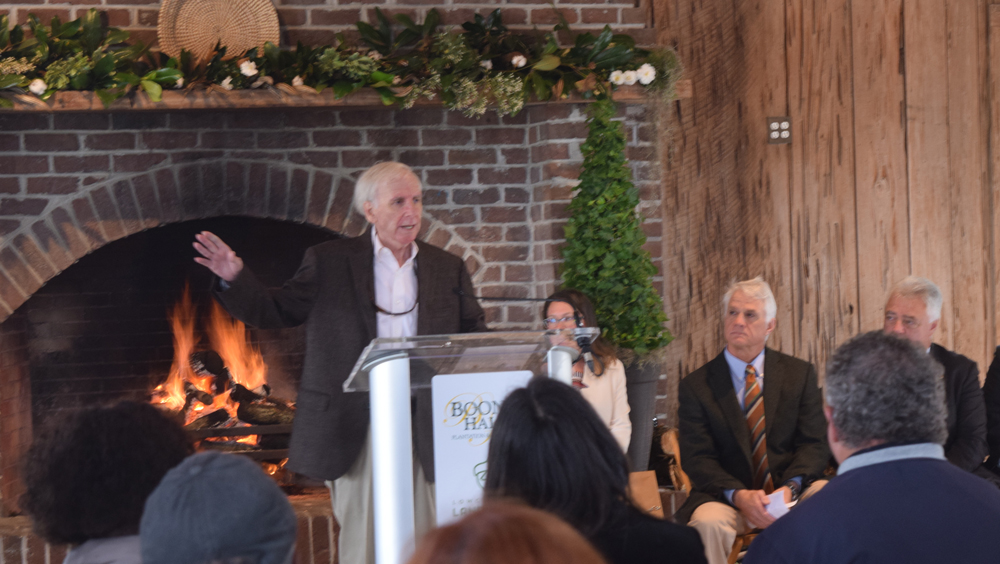 “Boone Hall has always been a magical, mystical place to me, ever since I was a child,” McRae said. He added, “It meant a lot to me back then. It was magical and mystical. And now, with this conservation easement, I hope it’ll keep on that way for many future generations.”

“This is a jewel in the crown that is Charleston,” Summey said,

He added that the half-cent sales tax referendum that was passed in 2016 was not only for the region’s roads, it was also for investments such as this. The sales tax provided $210 million to the Charleston County Greenbelt Program.

“The land in our community is so much a part of our culture,” Summey said. “The two things cannot be split — the good and the bad of our society revolves around the land.”