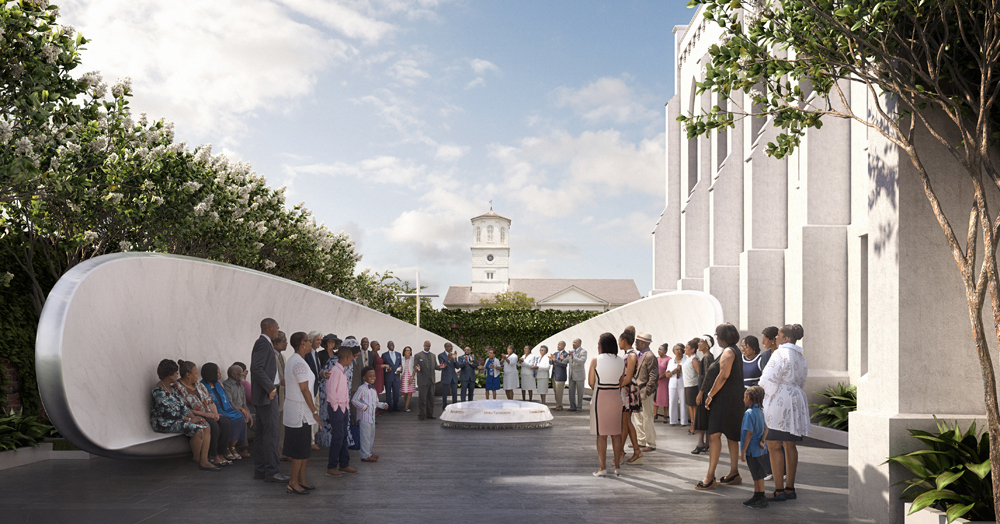 The Mother Emanuel Memorial Foundation board has received a $1 million pledge from the Robert and Janice McNair Foundation, marking the first major donation to the Emanuel Nine Memorial.

The memorial is planned for the grounds of Mother Emanuel African Methodist Episcopal Church to honor the nine clergy and church members gunned down in the June 2015 attack at the church.

The Robert and Janice McNair Foundation is the namesake foundation of Janice and Bob McNair. Bob McNair, the former owner of the NFL’s Houston Texans, died in November. The foundation also contributed $100,000 to Mother Emanuel AME Church in 2015 to assist with victims’ funeral costs.

“I am incredibly humbled to help memorialize the enduring spirit of faith, love and forgiveness embodied in the nine individuals whose lives were horrifically cut short in 2015,” Janice McNair said in a news release.  “It is my hope and prayer that the Emanuel Nine Memorial will forever stand in testament to their lives, our hope in Christ and the enduring spirit of forgiveness so beautifully expressed by the Emanuel community.”

The memorial was designed by architect Michael Arad, who also created the Sept. 11 memorial in New York City. It includes a courtyard with two benches, an altar and a marble fountain where the names of the Emanuel Nine will be carved. The memorial also includes a survivors garden with five stone benches and five trees to symbolize the five survivors of the attack. A sixth bench signifies that the church is also a survivor.

“Our hope is that the memorial will provide a place for remembrance and contemplation, while offering the opportunity to advance our collective actions to eradicate racism,” the Rev. Eric Manning of Emanuel AME said.