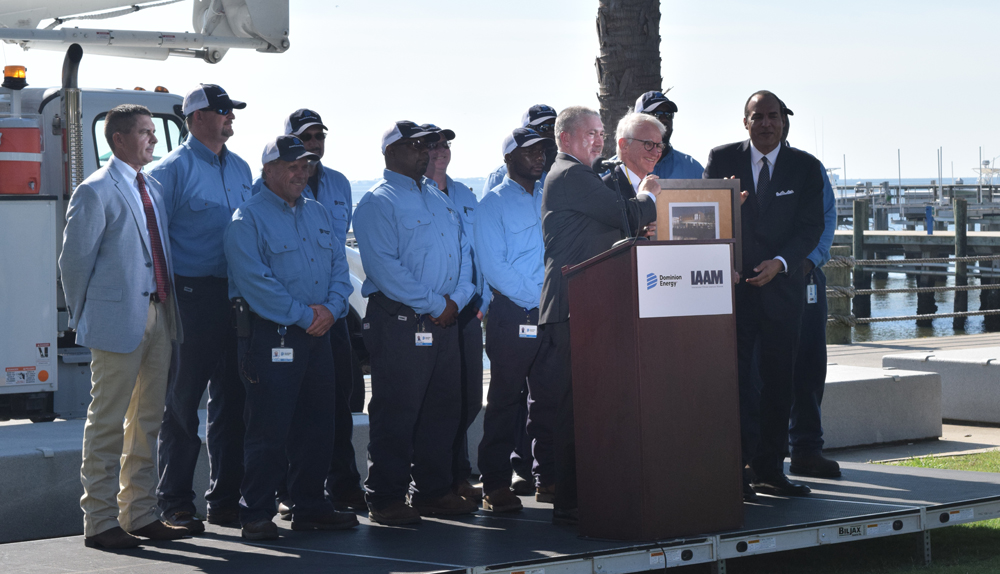 Dominion Energy has pledged $2.5 million to support the International African American Museum’s design and construction, constituting one of the largest single donations to a nonprofit in Dominion’s history.

“Education is one of Dominion Energy’s core focus areas, and we are excited that the International African American Museum will provide invaluable learning opportunities for people of all ages and backgrounds,” said Rodney Blevins, president and CEO of Dominion Energy’s Southeast Energy Group.

The energy company also pledged $25,000 to provide 1,000 charter memberships to the museum for individuals and families served by the Charleston Promise Neighborhood, a nonprofit that provides assistance to children in Charleston’s Neck area.

“Anything this museum decides to do ... those individuals will have a front-row free seat to everything that is done,” Kissam said.

Dominion’s investment will be recognized in the South Carolina: Power of Place gallery, a hands-on exhibit featuring the Heritage Map, an interactive multimedia table that will include a large-scale map of South Carolina.

“We still have hard work to do, we still have to complete the task, but the finish line is in sight and we are headed there aggressively and in earnest, and it’s all because of this gift,” Moore said.

Ginny Deerin, major gifts officer for the museum, said she estimates the IAAM is within $2.5 million of its fundraising goal, with the exact figure pending construction estimates being completed.

Moore said the next big step for the museum is getting approval of its construction contract from Charleston City Council, which it is requesting next month. If the contract is approved, the museum can begin construction on the former site of Gadsden’s Wharf. Moore said the museum will wait to hold a formal groundbreaking ceremony until after the majority of hurricane season passes.