Charleston City Council unanimously passed the first reading of a revised accommodations ordinance Tuesday night, one month after a task force was created to study the issue of how to best balance tourism with livability. 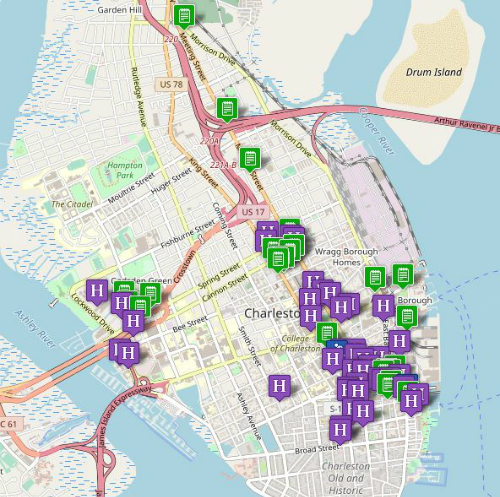 Downtown Charleston had nearly 7,500 hotel rooms as of April 2019, according to city staff. As the city debates whether to amend the its accommodations regulations, the Business Journal has begun mapping every hotel that currently exists and the hotels that have been approved by the Board of Zoning Appeals. This map will continue to be updated as more hotels are approved and built.  Is this map missing a hotel? Email phoff@scbiznews.com.

The first reading passed after about 30 minutes of discussion, with almost every council member thanking the 11-member task force and commenting on the quality of the proposed ordinance. Most council members, though, had questions they wanted answered and small changes they wanted made before the ordinance is ratified.

“I think this is a really good document that tries to capture a lot of good policy for the city,” said District 12 Councilwoman Carol Jackson.

Changes to the accommodations regulations include a limit on “full-service” hotels, a term used for large hotels with conference and meeting space, an on-site restaurant, and other amenities; a ban on new rooftop bars; and a fee-in-lieu imposed on new hotels to help fund affordable housing in Charleston.

The proposed ordinance also includes protections for existing residential, office and retail space downtown to prevent those uses from being displaced off the peninsula.

District 7 Councilman Perry Waring asked city staff whether it might be possible to make the new regulations retroactive to revoke some of the hotel special exceptions granted by the Board of Zoning Appeals over the past few months, but assistant corporation counsel Daniel McQueeney said no.

“There’s only two circumstances where that applies, and neither of them applies to this situation,” he said.