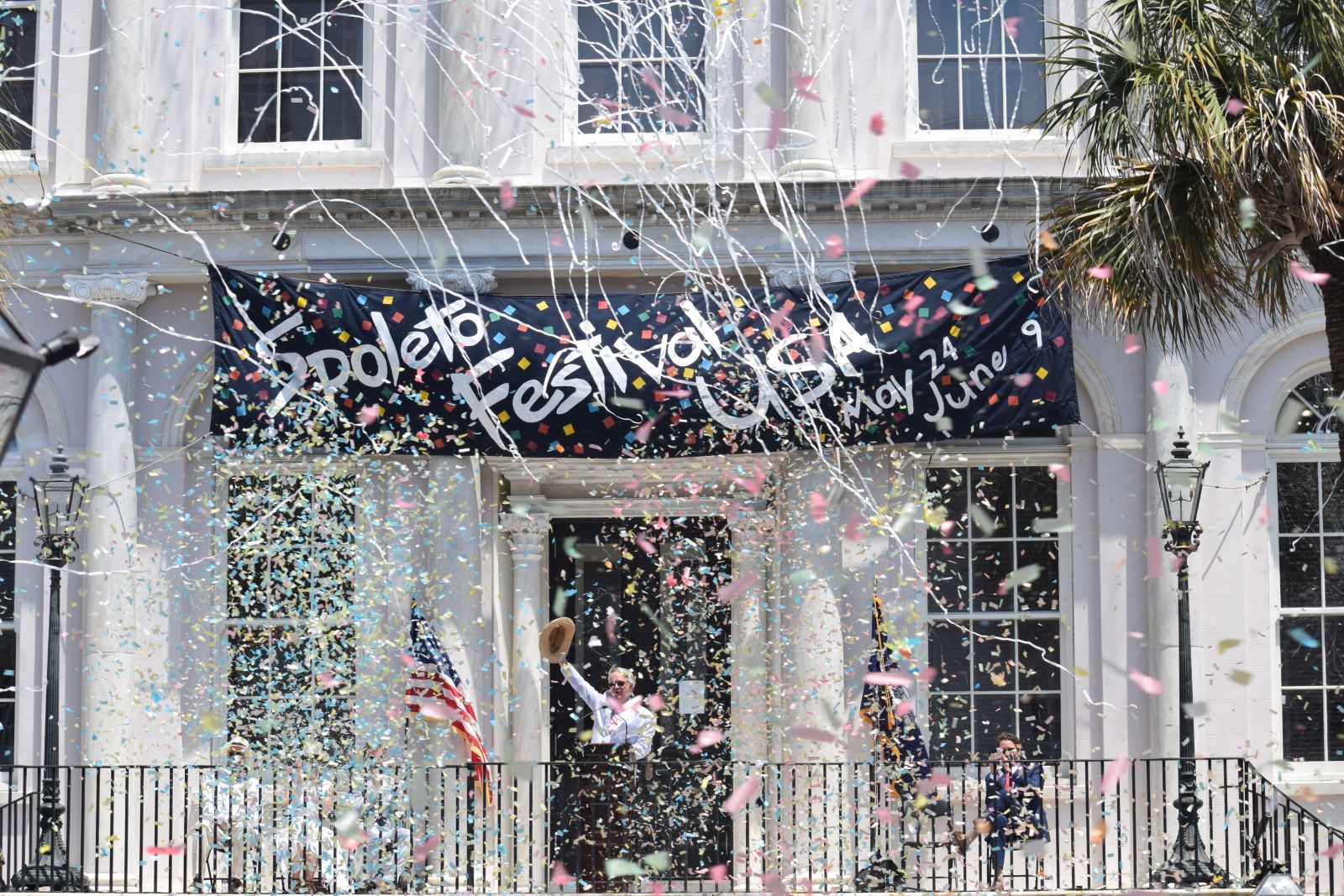 Art has never been more necessary than it is right now, U.S. Rep. Joe Cunningham said at the opening of Spoleto Festival USA on Friday.

“It’s never been easier to isolate yourself into an ideological echo chamber, to only hear viewpoints you agree with and to dismiss the other side without even engaging in the value of their argument,” said Cunningham, D-Charleston. “Art simply will not allow that. Art challenges and provokes you. It elicits a strong reaction, positive or negative, and forces you to reckon with it.”

Mayor John Tecklenburg told the half-empty crowd the festival marks the unofficial start to summer in Charleston, and with temperatures hovering around 90 degrees, he noted that it felt like it, too.

The heat may have kept attendance at the opening ceremony down, too — nearly half of the chairs set up in front of City Hall were empty.

Spoleto Festival USA was founded in 1977 by composer Gian Carlo Menotti, Christopher Keene and others who were trying to create an American counterpart to the annual Festival of Two Worlds in Spoleto, Italy.

“The idea that the city’s fabric would be far richer for inviting voices from around the world to tell their stories was at the very central of the festival’s founding,” said Bill Medich, chair of Spoleto Festival USA board. “And it’s more than simply what happens on the state. Each year, each festival season, the artists live in our neighborhoods.”

In the decades since the festival was founded, it has featured over 200 world or American premieres, including The American Clock by Arthur Miller, and many world-renowned artists have performed, including Yo-Yo Ma, Joshua Bell and the Emerson String Quartet.

“As we welcome another highly anticipated festival, I can’t help but feel grateful to live in a city that … has so profoundly embraced the creative arts,” Tecklenburg said.

Cunningham challenged Charleston not to let go of the spirit of Spoleto on June 10 when the festivities end.

“As long as the arts go on, so will this nation,” he said.