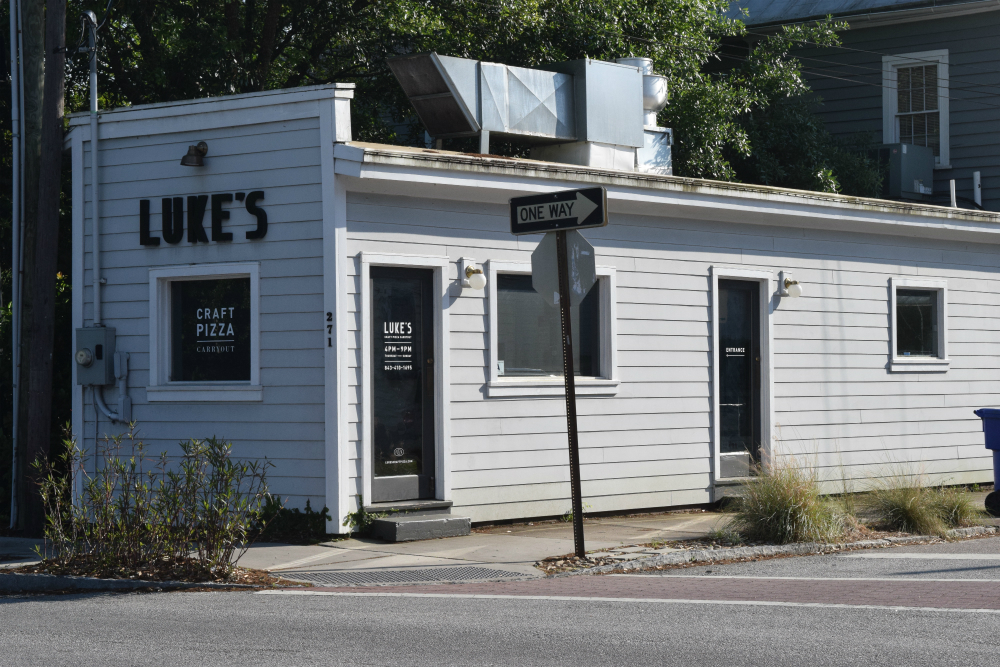 Luke’s Craft Pizza will close its doors permanently on May 18, exactly three years after the Ashley Avenue pizzeria opened.

“Our schedules just don’t line up,” Davis said. “My wife, you know, works Monday through Friday doing graphic design. And my daughter is in school Monday through Friday during the day. And I work nights and weekends, so just getting to the point where we’re just kind of burned out on not having enough quality family time.”

Davis said he originally started the restaurant in 2016 because he wanted to do his own thing after working in other people’s kitchens since he was 16 years old.

“At the time, we were living about two blocks from the pizza shop,” he said. “So when it when up for lease, we just snatched it as soon as possible.”

Davis said he and Brittany Davis, his wife, started small, doing as much as they could on their own until she got pregnant and her graphic design business began taking off. After that, Davis hired a part-time employee to help at the pizzeria, and he’s had one part-time employee at a time since then.

Coincidentally, Davis said, his current employee gave their two weeks’ notice earlier this month, with their last day set for April 28. After that, Brittany is going to help out in the restaurant while family and friends watch the Davises’ daughter.

Luke’s Craft Pizza is open Thursday through Sunday with Davis making 50 pizzas per night. He doesn’t plan to increase the number of pizzas he makes each night in the run-up to the restaurant’s closure, both because “50, it hasn’t failed us yet,” and because he doesn’t have enough room to make any more.

“I have one large tub that my dough proofs in every night in the fridge, and I literally can’t fit any more in the fridge given the space,” Davis said. “So it’s pretty much what we’re maxed out to do.”

After May 18, Davis said he plans to have a “staycation” with his family before getting back to work in the first week of June. Davis is going to spend the next few weeks exploring his options, he said, but he’s hoping that he’ll be able to find a position baking bread in the morning.

“I think that would be a good fit for what interests me and also for my schedule, for my family now,” he said.

As for the future of Luke’s Craft Pizza, Davis said the concept may exist again in the future, perhaps as another restaurant, a pizza food truck or a collaboration with a brewery.

“Nothing specific,” Davis said. “It’s just, we’re not saying goodbye forever, you know? I just need a break, we just need more time as a family.”

Davis leases the building at 271 Ashley Ave., but said he’s selling the business and is hoping to have a buyer lined up by the time Luke’s Craft Pizza closes.

“I definitely want someone super cool to come in who can really, you know, add something special to the neighborhood that I think people will be excited about,” Davis said.

This is disappointing, but I can understand his need to spend more time with his family.