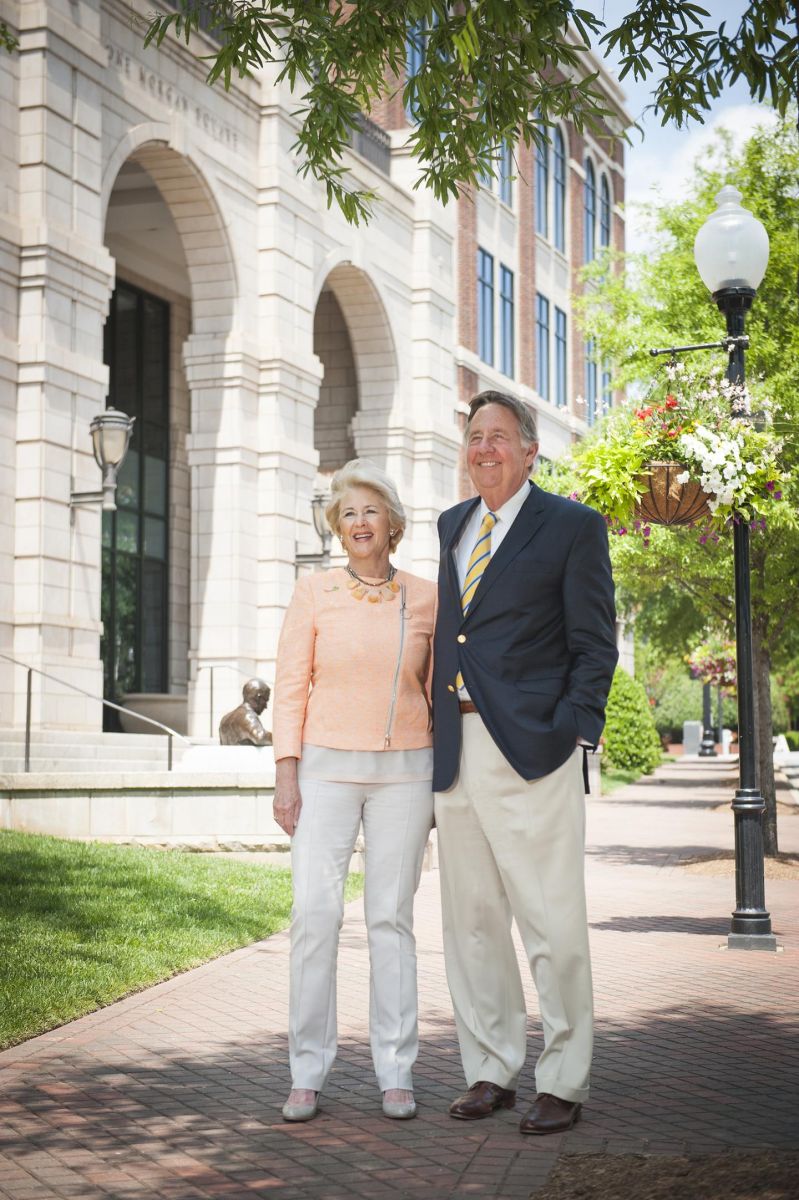 “The Johnsons have a long and impressive record of giving back to their communities, both through service and meaningful philanthropy,” said Michael Boulware Moore, museum president and CEO, in a news release. “Time and time again, they have invested in education and in initiatives that make art and culture accessible and available. We are incredibly proud that they have chosen to extend that commitment to the IAAM.”

Susan Phifer Johnson, known as Susu, is CEO of The Johnson Collection, which encompasses 1,200 objects that chronicle the cultural history of the American South. As an undergraduate, she attended Converse College, where she is now a life trustee, and earned a master’s degree from the University of North Carolina Greensboro. In 1992, Johnson became the third woman elected to Spartanburg City Council.

George Dean Johnson Jr., a graduate of Wofford College and the University of South Carolina, is an attorney who served three terms in the S.C. House of Representatives. He has led several entrepreneurial ventures, many of which operate under an umbrella organization known as The Johnson Group. He is the namesake of the University of South Carolina Upstate’s College of Business and Economics.

“Two centuries ago, South Carolina was the epicenter of America’s most inhumane industry,” said George Dean Johnson Jr. in the release. “In years to come, our state — through the witness and work of the International African American Museum — can be a locus for better understanding this country’s flawed past and forging a fairer, finer future.”