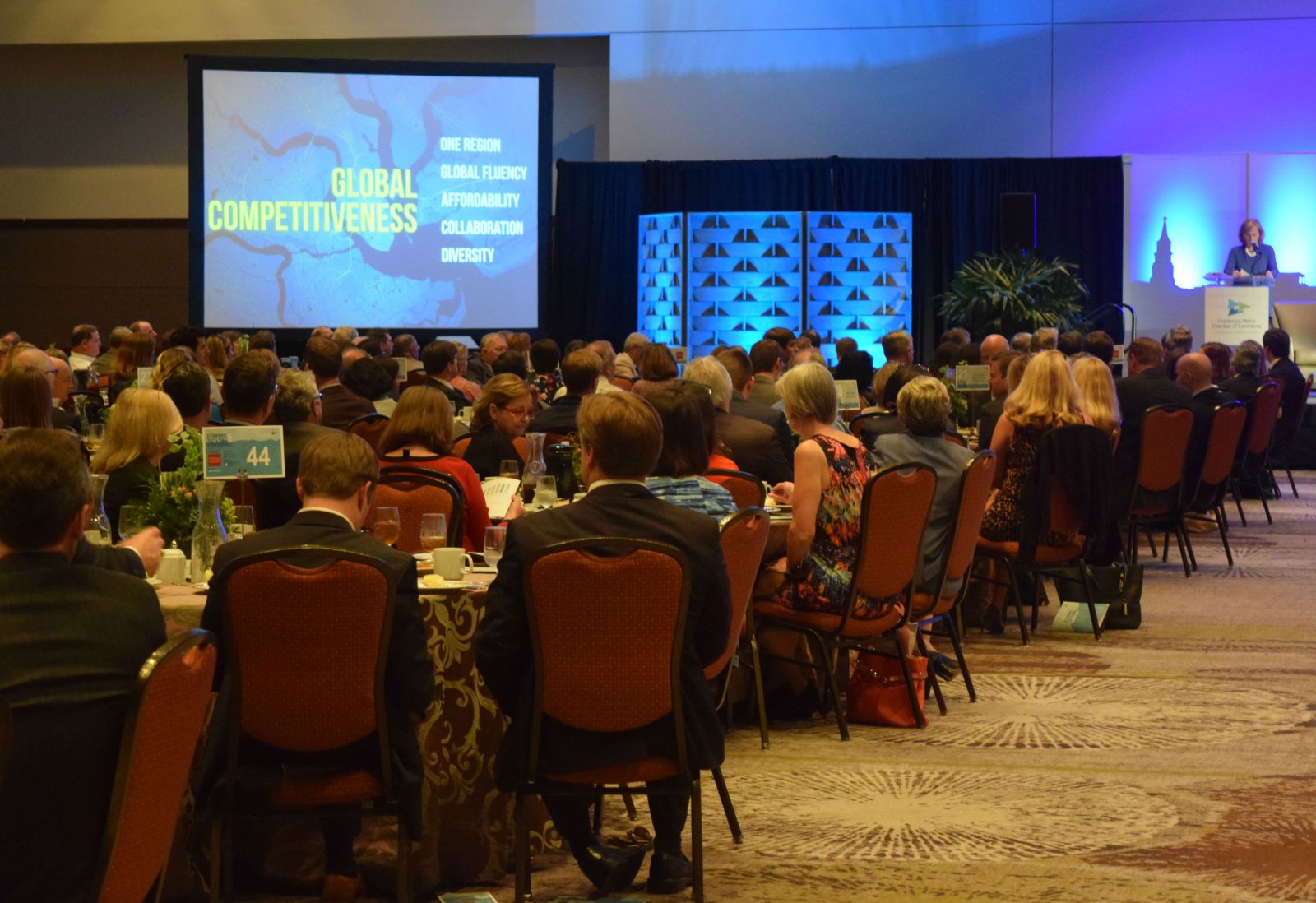 Every sector of the Lowcountry’s economy is expected to grow in 2017 and 2018, according to the Charleston Metro Chamber of Commerce’s annual economic forecast (.pdf).

“We hear voices every day that we’ve grown enough, that we need to slow down or stop it all together,” Graham said Wednesday during a conference to introduce the forecast. “That’s not possible, nor is it something we really want to happen. Remember just a few years ago the economic growth did stop. Remember the impact? Thousands of jobs were lost in our region, houses quit selling, building stopped and local government revenues plummeted. We have experienced no growth before, and I don’t think anyone in this room really wants to go back there.”

The Charleston region’s population is now about 745,000, and each day it grows by 48 new residents. Of those 48 new residents, 35 are people that move to the region, and 13 are new births, the forecast said. 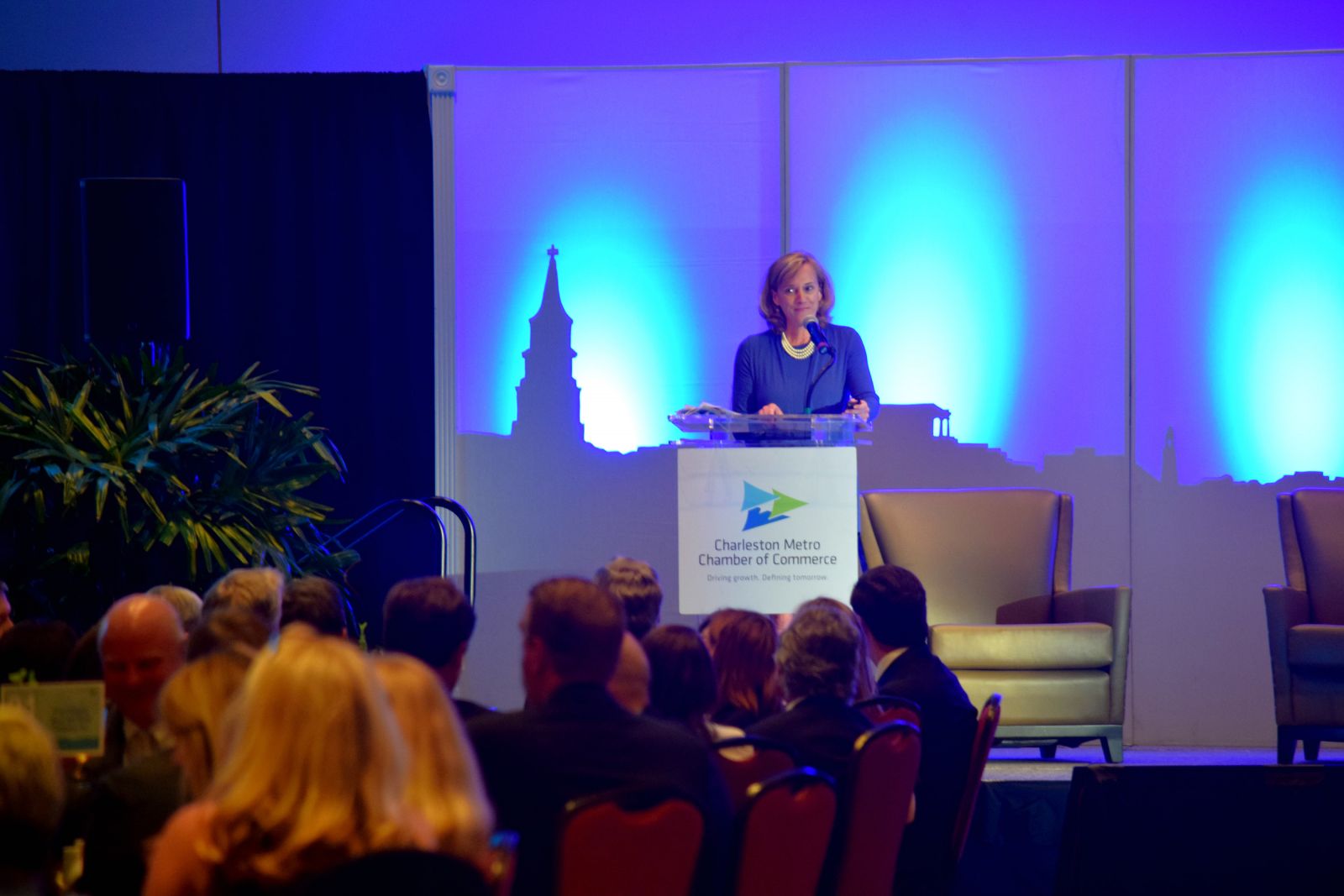 “That growth is expected to continue to climb, and the one thing we know is those 13,000 new people moving here each year need a place to live,” Graham said.

The region is predicted to see a 10% increase in single-family home permits and a 10.7% increase in real estate sales in 2017, according to the forecast.

Job creation also will continue to be on the rise with approximately 22,000 net new jobs expected over the next two years. The unemployment rate is estimated to be 3.3% in the region by the end of 2018.

“Employment is projected to increase 4% in 2017 and another 3% the following year,” Graham said. “The good news is the 35 new people moving here every day are thankfully looking for jobs, so both the labor force and employment are growing.”

“The port is very much focused on the future. The harbor deepening is moving forward, and we have heard from both the port and the Army Corps of Engineers that you can expect to see a dredge in the harbor working on the deepening by the end of this year,” Graham said. “When complete, Charleston will be the deepest harbor on the East Coast, positioning Charleston’s port for strong growth in the future.”

“Since 2010, passengers have grown by 83% at our airport. Charleston now enjoys direct flights to many destinations that are not only helping visitors travel to our market but it’s a benefit to the business traveler as well,” Graham said. “Thankfully the construction of the terminal is over, and the airport is now turning to other important issues like parking and where to add additional gates. We expect additional flights this year and volumes continuing to rise, so the airport needs to have their growth plan for the future, and it better be on steroids.”

The visitor industry now employs more than 40,000 people locally and has a $3.6 billion annual economic impact with more than 5 million annual visitors to Charleston, the forecast said.

“This sector also brings with it numerous benefits, including world-class cuisine and incredible arts and culture that you would expect in a really large metro, but we get to enjoy here in ours,” Graham said.

Hotel revenue per available room was up about 5.8% in 2016 compared to the previous year, and it’s expected to remain almost flat for each of the next two years as 4,000 new hotel rooms could be built by the end of 2018, the forecast said.

“Our region is competing globally, and to sustain the incredible economic success we have today, we must address the biggest issues facing our community,” Graham said, explaining that traffic congestion and workforce recruitment are two of the region’s biggest challenges. “That can’t happen by working in a vacuum. To succeed globally, we must work as one region and work collaboratively with other partners, both in the private sector and public sector.”