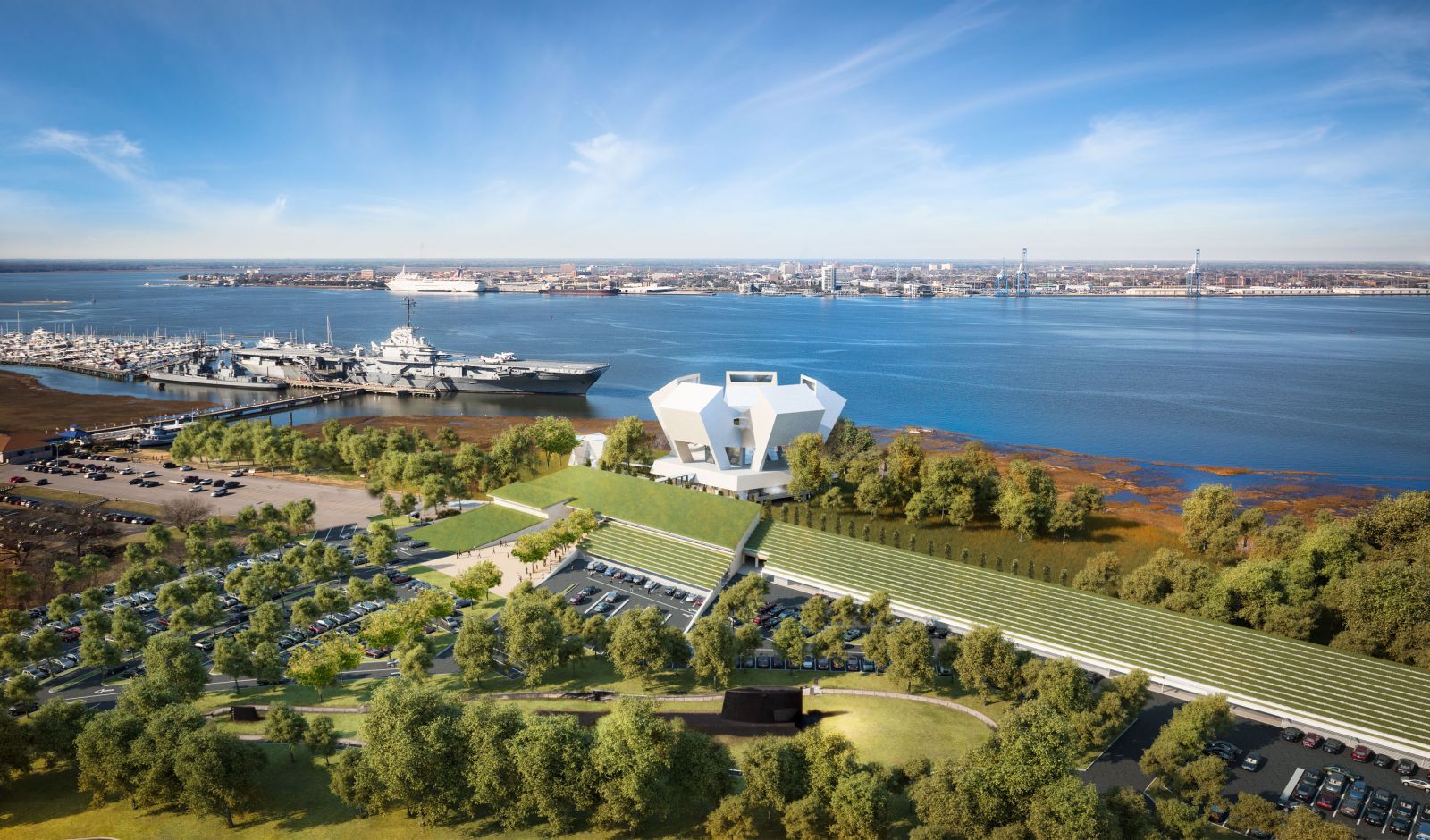 About a third of the foundation board tasked with raising more than $100 million to build the National Medal of Honor Museum at Patriots Point in Mount Pleasant has stepped down.

The resignations came around the same time that CEO Bob Wilburn left and a new CEO was chosen.

Wilburn said he and the board mutually agreed it was time for new leadership, so California-based executive search firm Meng, Finseth, Peeps & Associates was hired to find his replacement.

“They did a national search, and, unfortunately, it was done in a way that created a lot of animosity on the board,” Wilburn said. 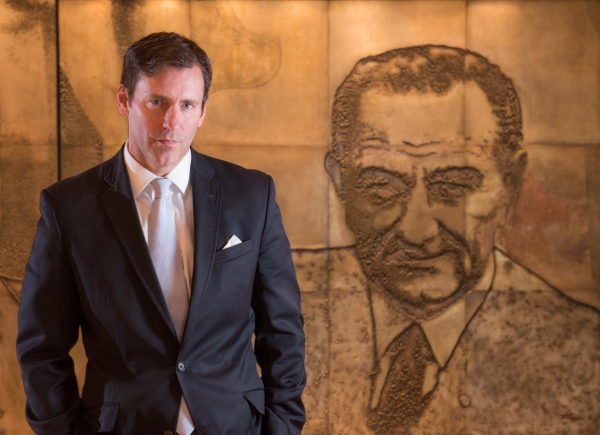 The firm found Mark Updegrove, who has been director of the LBJ Presidential Library in Austin, Texas, since 2009. He will become CEO of the National Medal of Honor Museum on March 1. He plans to work from Austin for the next year and a half while development efforts for the new museum are underway, according to a news release from the library.

“There was some misunderstanding where the board members who resigned thought that there would be a decision made between candidates, (and) the board would be involved in conditions of employment, the compensation and so forth. None of that was, in fact, the case,” Wilburn said. “It was either poor communication or intentional, one or the other. But it created, at least, animosity, and some of the board members felt obliged to resign — a fair number actually.”

Livingston said he couldn’t continue being a member of the board as a result of cumulative actions by the foundation’s leaders.

“We just didn’t agree with the strategy and some leadership elements that were going on,” Livingston said. “The other thing that triggered us is they hired a new CEO, and we didn’t agree with the process of how that process took place in terms of hiring the new CEO of the museum and the outcome.”

Livingston said he remains hopeful that the museum will be built.

“We resigned, and we were sorry to leave, and we wish the museum the greatest success and hope it will be successful in terms of being built here in the community,” he said. “Certainly, we hope it continues.”

Retired Army National Guard Maj. Gen. Darwin Simpson chairs the board and did not resign. He said every member of the board was familiar with the new CEO’s hiring process.

“This is probably one of the biggest and best projects that will ever be in South Carolina, and it’s very, very important that we get it right,” Simpson said. “It requires us to raise a lot of funds in order to build it, and there’s a lot of pieces to the puzzle, and basically, being as complicated as it is, there was just some disagreement among some of the board members about how best to do that. I think anytime you undertake a project of this magnitude, you’re going to encounter some of those things.”

He said Updegrove was the most highly recommended and sought-after individual in the search process.

“We interviewed more than 200 people, and I can tell you, it was an extensive and long search,” Simpson said. “I really believe that we found the most capable individual in the country to be the chief executive officer of the museum.”

Simpson said he has no immediate intention to replace the board members, and he added he doesn’t expect the resignations to cause any delays in the project.

Of the $100 million needed for the project, about 25% has been received or committed so far, Simpson said. The S.C. General Assembly has appropriated $5 million toward the museum in total — including $3 million last year — and the foundation is hoping for more from the state this year.

“The state has plans to give us some extra money, a little bit more,” Simpson said. “This comes out of what they call their discretionary fund. Some years they have a little extra, other years they don’t. We don’t have a guarantee. All we have is a commitment that they will help us if they have the funds available.”

The foundation is planning to create a museum that will include three buildings — a pavilion, exhibit space and chapel — totaling about 107,000 square feet, according to plan designs and renderings released in 2015. 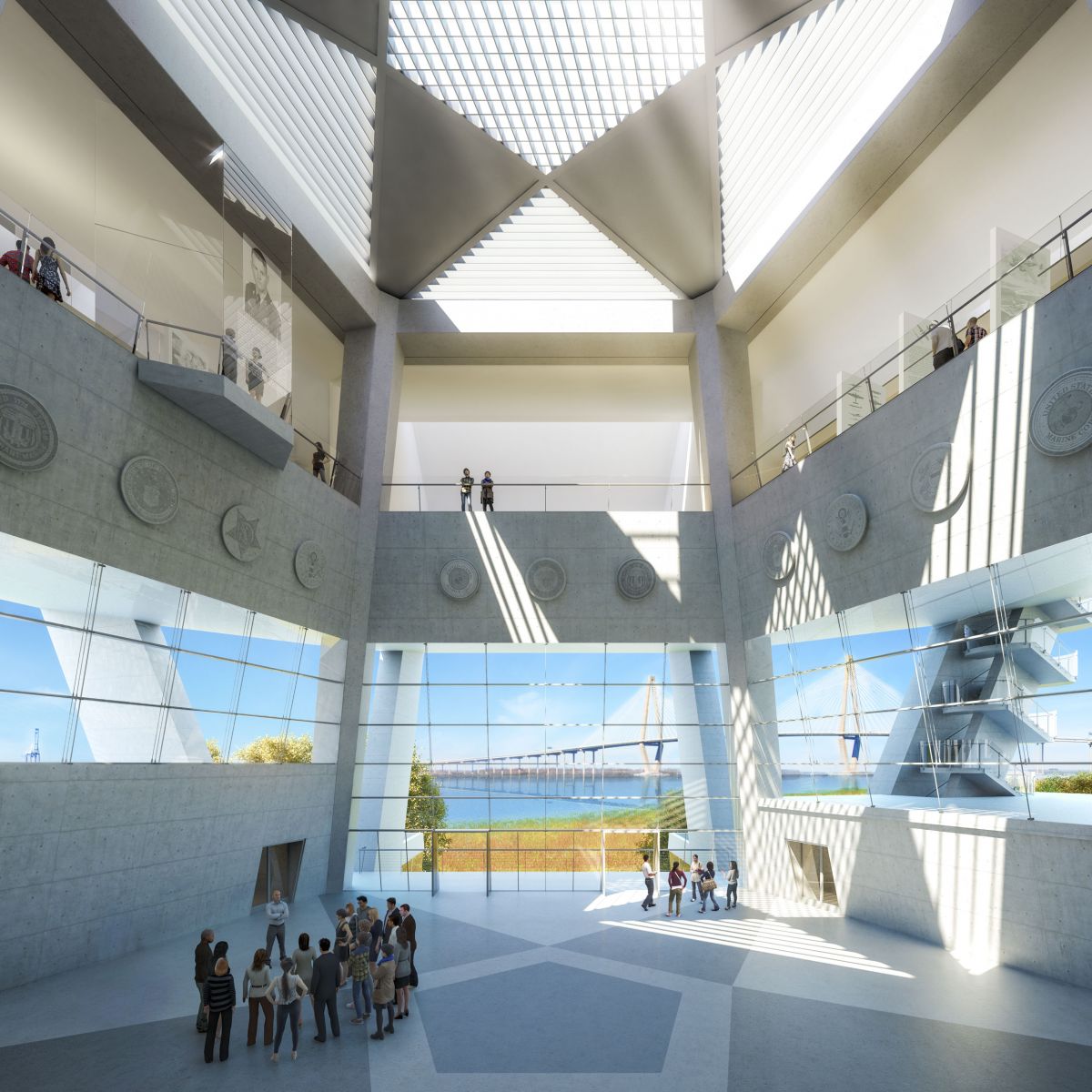 The museum’s entrance and lobby will be housed in a grass-topped pavilion, along with a 240-seat auditorium, a museum shop, curatorial and archival space, and administrative offices, the foundation said in a news release.

The museum, which will be connected to the pavilion by a two-level pedestrian bridge, will include a 5,000-square-foot Hall of Valor that can be used for public and private events. There will also be a small cafe; eight permanent and two special exhibit galleries; and 20,000 square feet of conference, meeting and classroom space. Five galleries will form the museum’s pentagonal structure.

The concrete-and-glass structure, tinted gray-blue to match the nearby USS Yorktown aircraft carrier, will be built on piling so the museum can sit level with the carrier at about 128 feet above ground, according to the foundation.

Another bridge will connect the museum to a 140-seat chapel that will overlook the harbor, the foundation said.

The Patriots Point Development Authority board is leasing the land to the foundation for $1 per year.

Patriots Point spokesman Chris Hauff said it would be inappropriate for Patriots Point to comment on the resignations, except to say that the naval museum is supportive of the mission of the National Medal of Honor Museum as a whole.