In his sixth State of the City address as mayor of Charleston, John Tecklenburg laid out his priorities for 2022 while appealing to what he called the common-sense majority of the city.

He identified as the key issues facing the city this year: addressing the existential challenge of flooding, fighting crime with an expanded police force and tackling the affordable housing shortage by building thousands more units. 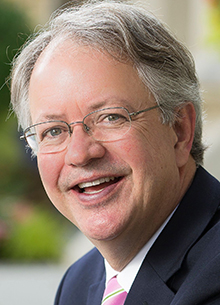 In a 16-minute address from historic City Council chambers that touched on national as well as local themes, Tecklenburg bemoaned the influence of extremism.

“Too often and in too many places, the voice of the common-sense majority is being shouted down by small groups of loud people who think there’s only one right way to say or do anything – and that’s their way. I think that is nonsense, and I think you do too,” he said.

While boasting that Charleston is more prosperous, resilient and equitable than at any time in its 352-year history – “Y’all, we’re in good shape” – Tecklenburg sounded the alarm on the prospect of sea rise swamping downtown.

Calling water the city’s greatest asset and liability, he vowed to move forward with a controversial flood wall recommended by the Army Corps of Engineers, designed to wrap around the lower peninsula. Critics of this plan claim this will simply push water up the peninsula and cause greater flooding elsewhere.

Plans are already underway on 12 flooding mitigation projects in West Ashley, James Island and Johns Island, areas of the city that helped elect Tecklenburg after he promised to increase the focus beyond downtown. The cost of those projects, along with downtown projects that will pump roughly half-a-billion gallons-a-day of storm water off the streets, tops $100 million.

The mayor balanced that by taking aim at unrestrained development that puts further pressure on the city’s struggle with flooding. He called on the City Council to rezone the entire city to limit “irresponsible” development in low-lying areas.

Tecklenburg contrasted Charleston with cities that have rushed to “defund” police in the wake of the police killing of George Floyd in Minneapolis. Charleston has increased the police budget $10 million from six years ago and boosted the number of police patrols, he said.

While crime spiked during the first year of COVID-19, it held steady in 2021, he said, though crime in the city remains higher than the average for cities its size.

“We’ve worked in partnership with our officers to make enforcement more fair, more accountable, more effective for all our citizens, regardless of race or walk of life,” he said.

Tecklenburg proposed setting aside $1 million of federal money to expand camera coverage in the city and asked the council’s help lobbying the General Assembly for bail and sentencing reform to prevent repeat offenders, from committing more crimes.