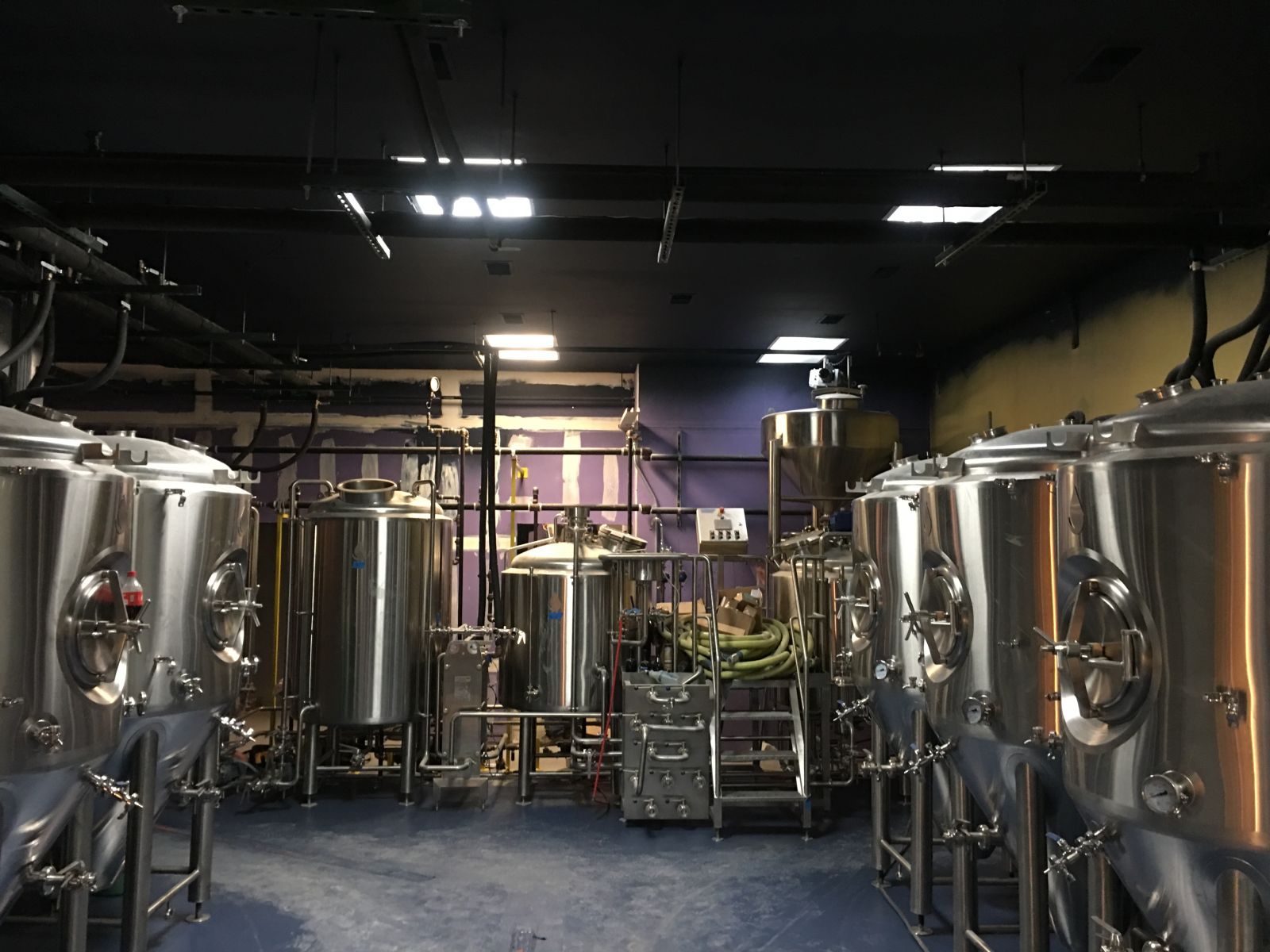 Breweries in South Carolina are once again pushing for more lenient regulations across the state, hoping to bolster the state’s craft beer boom.

Chris Brown, co-owner of Holy City Brewing in North Charleston and president of the S.C. Brewers Guild, said this year’s legislative agenda is the biggest push the guild has made.

Other big legislative pushes by the guild include the 2007 “pop the cap” law, which allowed beer above 5% alcohol by weight to be brewed in the state and the 2013 “pint law” allowing breweries to sell beer for on-site consumption.

“Those were huge bills in themselves and extremely important to everything that we did,” Brown said. “But this is probably the most things that we’ve asked for or that we’re going after.”

Brook Bristow, executive director of the S.C. Brewers Guild, said the legislative agenda is the result of research and discussions within the industry over the past few years, and a lot of the proposed regulatory changes are a result of the industry’s growth

“A lot might seem like small changes, little tweaks to the laws, but in the end, they’re going to be very beneficial to the membership and to the industry at large” he said.

The agenda asks the state to allow for standalone brewery taprooms, removing the requirement that a brewery must brew beer at any facility it serves its product; allowing for breweries to transfer beer between multiple locations; allowing consumers to purchase more to-go beer from breweries, eliminating the 288-ounce cap; and lowering the beer excise tax to the national average of 28.8 cents per gallon.

Sen. Sean Bennett, R-Summerville, said the Brewers Guild approached him several months ago about filing legislation to support their agenda, which he said he was happy to do.

“These folks that are operating these industries, these are not mega companies,” he said. “These are small, mom-and-pop, South Carolina born and bred businesses that really kind of are the epitome of entrepreneurism. … So that’s the cool thing for me, is watching as you peel away and reduce regulations, seeing South Carolina born companies just grow and expand.”

Bennett pre-filed three pieces of legislation in mid-December. The only bill he declined to file was the legislation to lower the state’s excise tax on beer because he’s been critical in the past of “piecemeal tax law changes that have created a poor overall environment.”

“So I saw that one piece, while it certainly would be important to the brewery industry, it’s something that I just didn’t want to muddy the waters with,” Bennett said.

Brown said allowing breweries to transfer beer between multiple facilities would be a big win for Holy City since the brewery is opening two new locations later this year: a second brewing facility on Spruill Avenue and Baker & Brewer, a downtown Charleston pizzeria and microbrewery in collaboration with EVO Pizzeria.

Under current law, if a brewery wanted to transfer beer between locations, it would have to sell the beer to a distributor at one location and then buy it back at another.

Brown also is looking forward to abolishing the 288-ounce limit on to-go beer. Brown said it’s not uncommon for people to ask if they can buy beer for a party or wedding.

“Charleston being a tourist destination and the amount of events and weddings that are in town, and the amount of business I have to turn away because somebody wants 10 cases and the only way I can give it to them is if they come back 10 days in a row or bring nine of their friends is just kind of absurd,” he said.

Wesley Donehue, co-owner of Charleston-based Frothy Beard Brewing Co. and CEO of the marketing agency Push Digital, said wholesalers have a lot of power in the beer industry, and these legal changes would put some of the power back in the hands of craft brewers.

“The ideal beer market is a free market industry, one that allows brewer to grow their companies the way every other industry grows their company,” Donehue said. “We want an industry that’s limited only by our individual work ethics.”

Christopher Ranere, owner and head brewer at Indigo Reef Brewing Co. on Clements Ferry Road in Charleston, said lowering the state’s beer tax would save him more than $5,000 per year.

“For us — $5,000 might not seem like a lot of money — but at the end of the day, that is part of a brewing assistant’s salary … which is another job that’s created,” Ranere said.

Ranere said most of the other legislative changes wouldn’t affect him yet — Indigo Reef isn’t slated to open until the spring — but he’s hoping that a few years from now he would have an easier time opening up another location.

“There’s no way we could afford it, but the coolest thing would be to open a taproom downtown in Charleston because we have so many tourists that come in from out of town and everything,” he said. “We’re hoping that we get tourists, but at the end of the day, we’re still quite a ways from downtown, so if people are coming to see the city, they’re not going to drive all the way out here to have our beer.”

Mike Tourville, owner of River Rat Brewery in Columbia, said he’s hoping that the new laws would allow him to sell kegs to customers out of the taproom or perhaps open a taproom in Charleston.

“The laws are just so antiquated, and they’re not up with the time and with the other states,” he said. “It would allow more breweries moving into the state if we could do these kinds of things.”

Bristow, executive director of the Brewers Guild, said the legislative agenda initially had six items instead of four, but two items were nixed after conversations with the S.C. Beer Wholesalers Association: franchise reform, which would have made it easier for breweries to get out of distribution contracts; and allowing for breweries to self-distribute their beers.

“A change to all the distribution laws is a colossal task when we’re talking about essentially rewriting the entire system,” Bristow said.

Donehue, of Frothy Beard, said the three-tier distribution system for beer was put in place after Prohibition ended as a control system for both the quantity and quality of alcohol being distributed: breweries made the beer and sold it to distributors, who in turn sold it to retailers.

Even allowing breweries to move their own beer between different facilities, Donehue said, is expected to be controversial.

Wholesalers “see anything that allows beer to leave your taproom and go anywhere else as … the first step in us eliminating the three-tier system altogether,” Donehue said. “We totally disagree. … And look, I get it. I understand why they would think that, but we’ve got to look out for ourselves.”

Messages left with the S.C. Wholesalers Association were not returned by press time.

Zack Jones, co-owner of Columbia’s Cottontown Brew Lab, said he was disappointed that self-distribution was left off the agenda.

“The distribution laws that are in place were put in place to protect retailers from major corporations and prevent them from taking advantage of the retailers,” he said. “And those same restrictions are now applied to small business. … I can’t control what my product costs the bar or restaurant to purchase. That’s dictated by the distributor, and we are just put at a severe disadvantage.”

Jones said even if he was able to distribute his own beer locally, he would still need a third-party distributor for other states.

Bristow and Brown said the Brewers Guild is currently in conversations with the Wholesalers Association to potentially alleviate some brewers’ discontent without having to change laws.

“We’re trying to figure out the best way to begin that conversation from a legal standpoint,” Brown said. “But we’ve already started that conversation with the wholesalers to let them know that those are things that are on the agenda but we realize those are kind of big fights.”

Despite what got left off the agenda, Brown said he’s satisfied with what’s on the table.

“I’m pretty happy with what we have this year,” he said. “I think it’s a good starting place.”

This story originally appeared in the Jan. 21, 2018, print edition of the Charleston Region-al Business Journal.