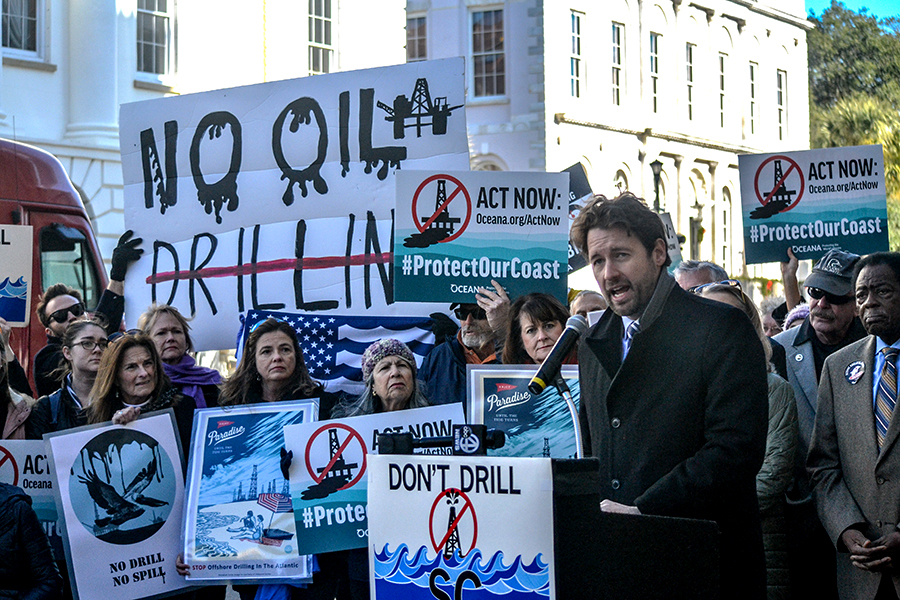 The federal government’s allowing of seismic blasting tests for oil exploration in the Atlantic Ocean has riled up coastal leaders.

The Trump administration has given five companies the greenlight to perform seismic airgun surveying to determine whether oil or gas exists below the ocean floor. The process involves setting off airgun blasts at 16,000 decibels multiple times a minute for up to a year, though some companies wouldn’t necessarily do tests 24 hours a day.

Environmentalists say the tests can cause great harm to sea creatures.

The S.C. Environmental Law Project filed a lawsuit Tuesday in federal district court in Charleston on behalf of 16 Lowcountry municipalities and the S.C. Small Business Chamber of Commerce. The complaint challenges the Trump administration’s decision to allow seismic testing off the East Coast. 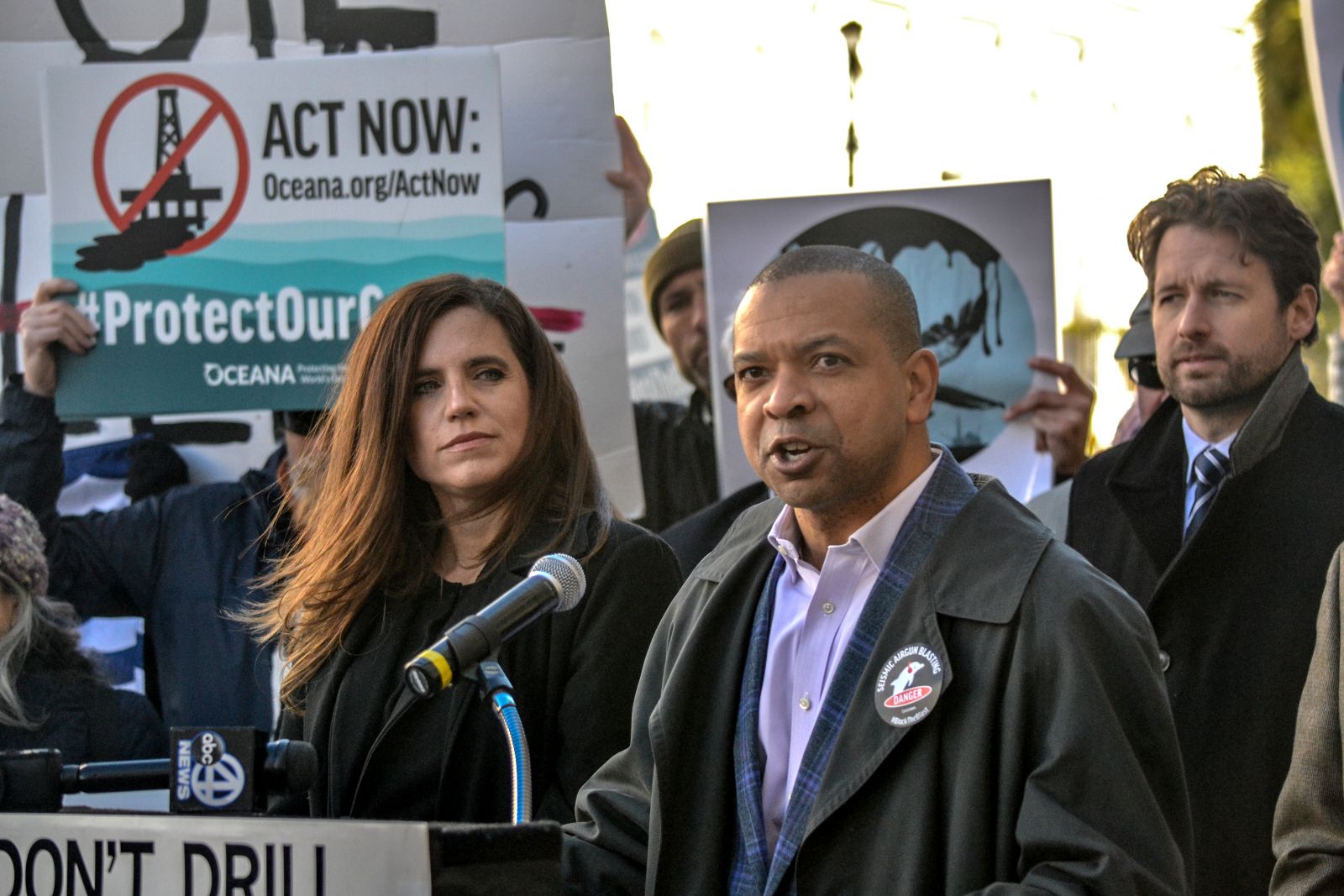 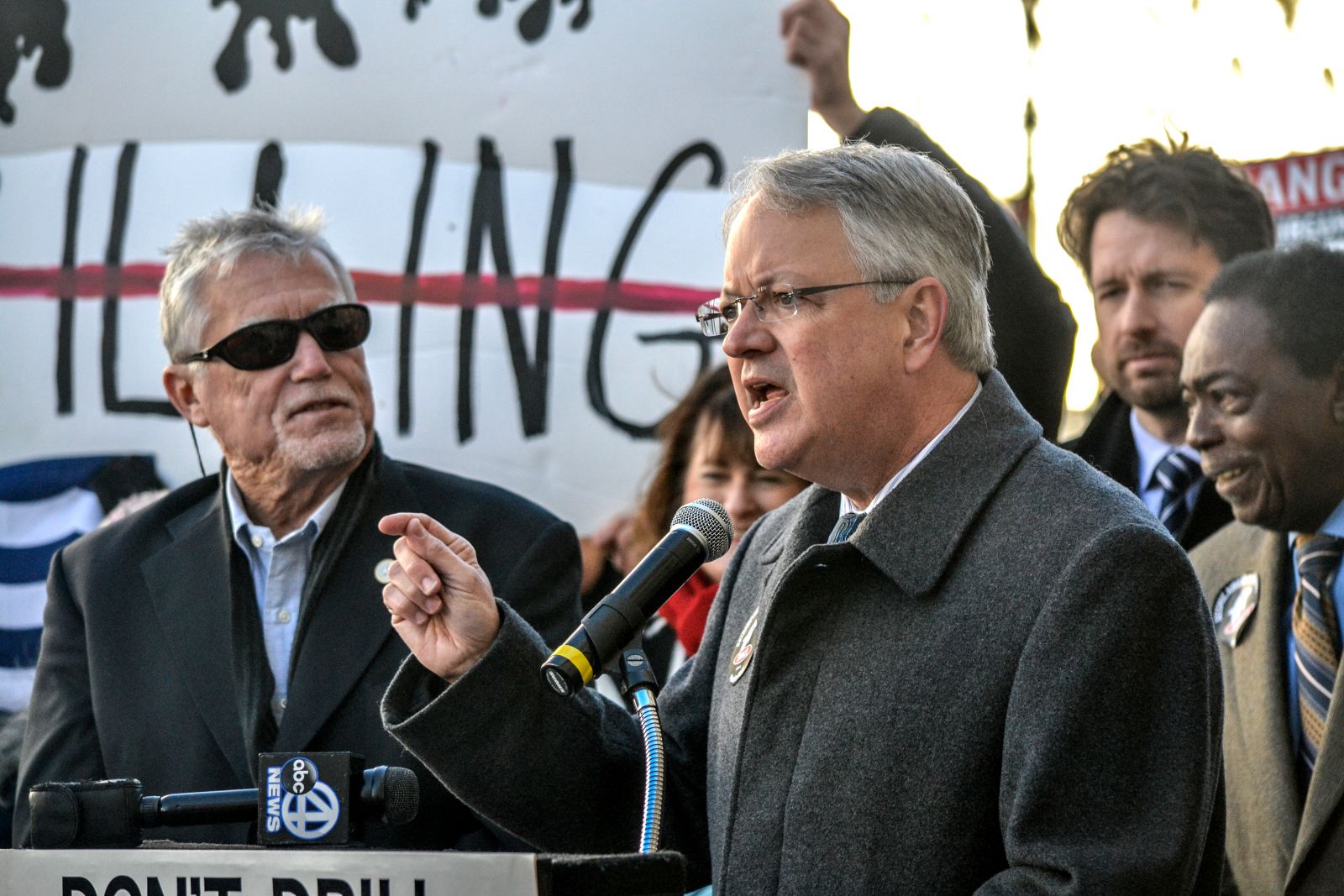 They railed against seismic testing and the possibility of offshore drilling on the Eastern Seaboard, saying such activities put the state’s tourism and fishing industries at risk by harming the oceans and risking oil spills.

“Our coastline and our livelihood depend on it,” Cunningham said.

Cunningham, who campaigned on a promise to fight oil exploration, said he is working on a federal bill to ban offshore drilling along the East Coast. He expects a draft to be ready in January. Sanford also strongly opposes offshore drilling.

Proponents say seismic testing is needed to acquire accurate data that could lead to launching drilling operations off the East Coast, which could lead to a lucrative oil industry and jobs for the region.

Opponents have said testing and drilling would harm the state’s existing tourism industry, which brings in $20 billion each year.

“What about us, Trump? ... Does South Carolina not matter to you?” Baumann said, referencing President Donald Trump’s campaign promises to support the working class.

The S.C. Environmental Law Project complaint argues that testing authorizations were wrongly issued and are in violation of multiple federal statutes, including the Marine Mammal Protection Act and the Endangered Species Act. It also argues that the Trump administration and National Marine Fisheries Service did not consider the cumulative impacts of allowing unprecedented amounts of seismic airgun testing in the Atlantic Ocean.

Numerous environmentalists have said the airgun blasts would harm sea creatures and fish by deafening, disorientating or killing them. The loud airgun tests particularly can hurt marine mammals, such as dolphins and whales, who rely on sound to communicate and find food. Testing also can drive away fish from their natural habitats.

“I don’t think they’re considering the unintended consequences that could come from this,” said Nancy Barnwell, a lifelong Charleston resident who said she is against drilling off South Carolina.

Sorry, I disagree with the comment by the Charleston resident, the powers that be, know very, very well of the consequences of these blasts and possible drilling. Nothing here is unintended. This is a very conscious and intentional decision to no less than torture our sea life and destroy our oceans for profit.