It was the answer heard around the state as representatives of the S.C. House and Senate voted to override Gov. Henry McMaster’s veto of the proposed roads bill that raises state gas taxes for the first time since 1987. 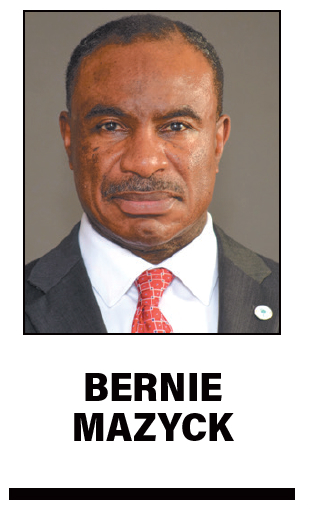 While there has been continuous debate on the pros and cons of the 12-cent tax hike over a period of six years, a lesser-known portion of the roads package marked a victory in a decades-long push for the implementation of a S.C. Earned Income Tax Credit to supplement the federal EITC that has been in place since 1975.

The federal EITC is a refundable tax credit that is available to low-income working families. In 2014, 64,547 federal tax returns filed in Berkeley, Charleston and Dorchester counties brought in $158.5 million in federal Earned Income Tax Credit.

In addition to infusing more than $150 Million into the local economy, the federal EITC serves as an effective tool to encourage work and strengthen the financial stability of families who rely on it to provide as much as a third of their annual income.

More than half of the states in the United States have also enacted state-level EITCs to expand on the federal tax credits. State Rep. Gilda Cobb-Hunter, D-Orangeburg, has led the charge for more than a decade to follow suit, providing relief for low-wage workers across the state.

A bill was introduced during the 2015 legislative session that would have created a refundable state EITC at 10% of the federal credit and increased 2.5% per year until it reached 20%. The bill never made it out of committee.

This year, legislation was again introduced, and it was tied to the roads bill. It was an effective way to provide relief to low-income families, via an offset to the regressive gas tax, which would have a larger effect on a minimum-wage worker than a high-wage worker.

Introduced by Sen. Marlon Kimpson, D-Charleston, and backed by organizations across the state, including Trident United Way, the S.C. Association for Community Economic Development and the Institute for Child Success, the bill sought to create a nonrefundable EITC worth 125% of the federal credit.

Transportation costs for people living in the tri-county region average approximately $533 per month, according to The Self-Sufficiency Standard for South Carolina, a 2016 publication by the University of Washington Center for Women’s Welfare and The United Way Association of S.C.
The rise in gas tax will have a disproportionate effect on the thousands of South Carolinians whose wages are below the cost of living.

State legislators recognized that in a state where 34% of jobs are categorized as low-wage, the gas tax would add one more obstacle to struggling families.

The Corporation for Enterprise Development estimates that nearly half of South Carolinians are financially insecure, meaning they are just one broken-down car or unexpected medical expense away from serious economic distress.

In response to this added hardship, legislators elected to become the 27th state to enact a state EITC, allowing filers to begin claiming the credit in 2018 at a starting rate of 20.83% and increasing by that amount each year until 2023.

Advocates for the EITC argue that the credit does more than just provide financial relief for working families.

The Institute for Child Success published a paper in 2015 titled The Effects of the Earned Income Tax Credit on Child Achievement and Long-Term Educational Attainment.

That paper presents research that links the ability of a family to receive the EITC to immediate and long-term educational benefits for children, with the biggest benefits coming to children who are younger at the time the family receives the credit.

The Centers for Disease Control and Prevention cites a 2014 report by The Hamilton Project when stating that the EITC has kept more children from living below the poverty line than any other tax program. Studies have repeatedly shown the positive effect the EITC has on maternal and infant health. As the education, financial stability and health of a person are repeatedly shown to be inherently intertwined, the federal EITC has generated proven results in elevating all three aspects of life for low-wage working families.

The S.C. Legislature’s decision to create a state EITC as part of the roads bill is a dream for which many — myself included — have worked tirelessly.
The language situates the establishment of the state EITC as a way to provide relief to low-wage workers impacted by the increase in gas prices, but its effects will be much more comprehensive.

Just as all of us will benefit from a much-needed upgrade to our roads, the state tax credit will benefit entire communities by providing relief to its most vulnerable residents.

When families are able to move from just surviving to thriving, our state can truly flourish.

Bernie Mazyck is a member of the Trident United Way Public Policy Committee. He also serves as president and CEO of S.C. Association for Community Economic Development.