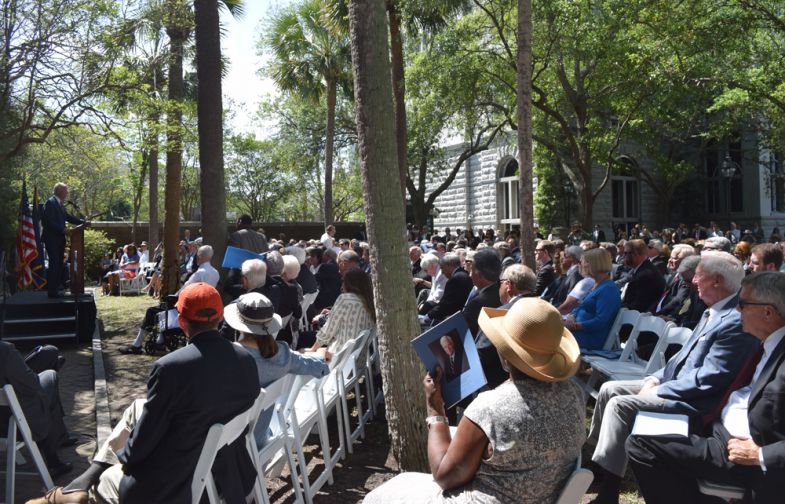 Former Vice President Joe Biden talks about Fritz Hollings during the dedication of a statue of Hollings' honor in downtown Charleston. (Photo/Ashley Heffernan) Click the arrows to advance slideshow. 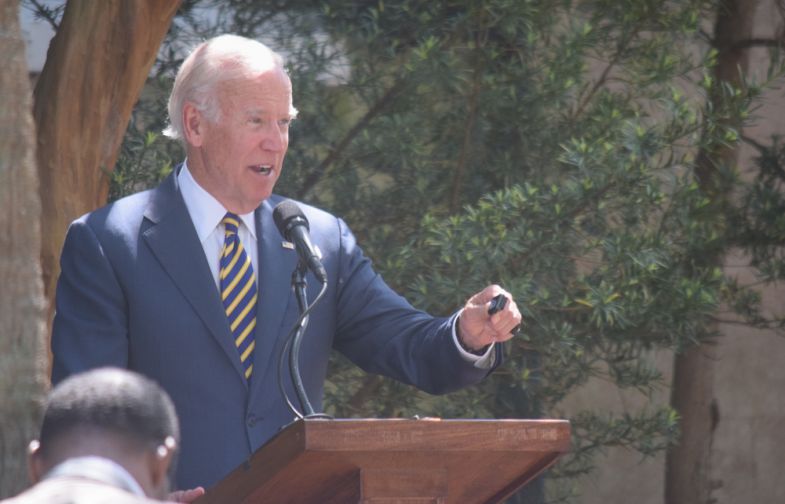 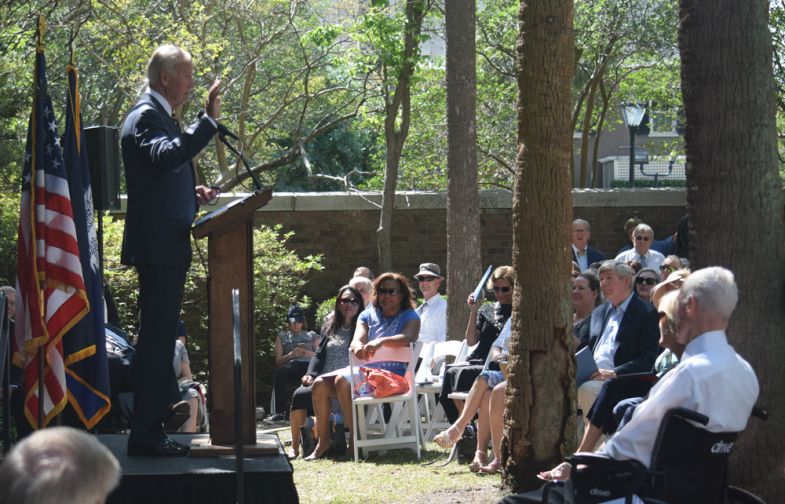 Fritz Hollings (right) sits in the front row as Biden speaks about him during the statue dedication. (Photo/Ashley Heffernan) 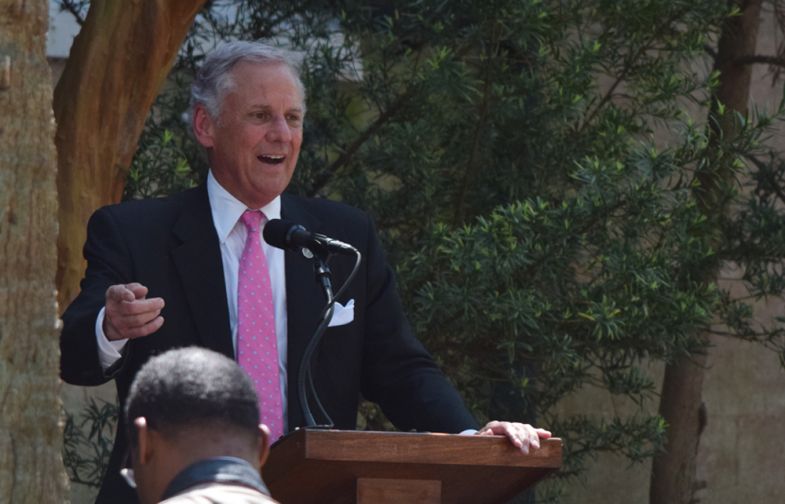 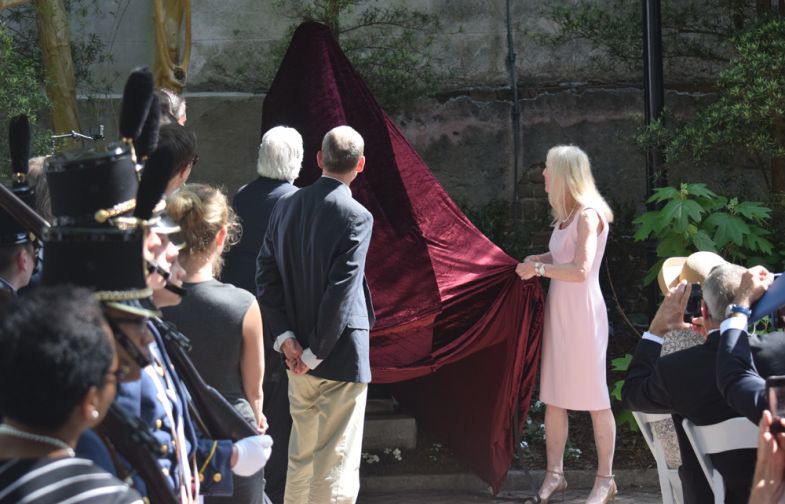 The statue of Hollings is unveiled. (Photo/Ashley Heffernan) 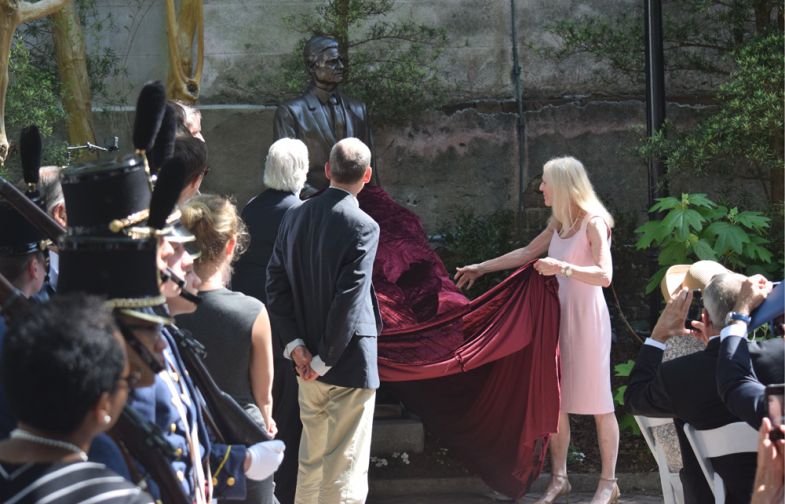 The statue of Hollings is unveiled. (Photo/Ashley Heffernan)

A statue of Ernest “Fritz” Hollings, who was governor from 1959 to 1963 and later represented South Carolina in the U.S. Senate for nearly 40 years, was dedicated Monday in downtown Charleston.

Former Vice President Joe Biden was the keynote speaker during the ceremony, which was held in front of the statue in the J. Waites Waring Judicial Center garden at the Four Corners of Law. Biden served in the Senate with Hollings for more than three decades. 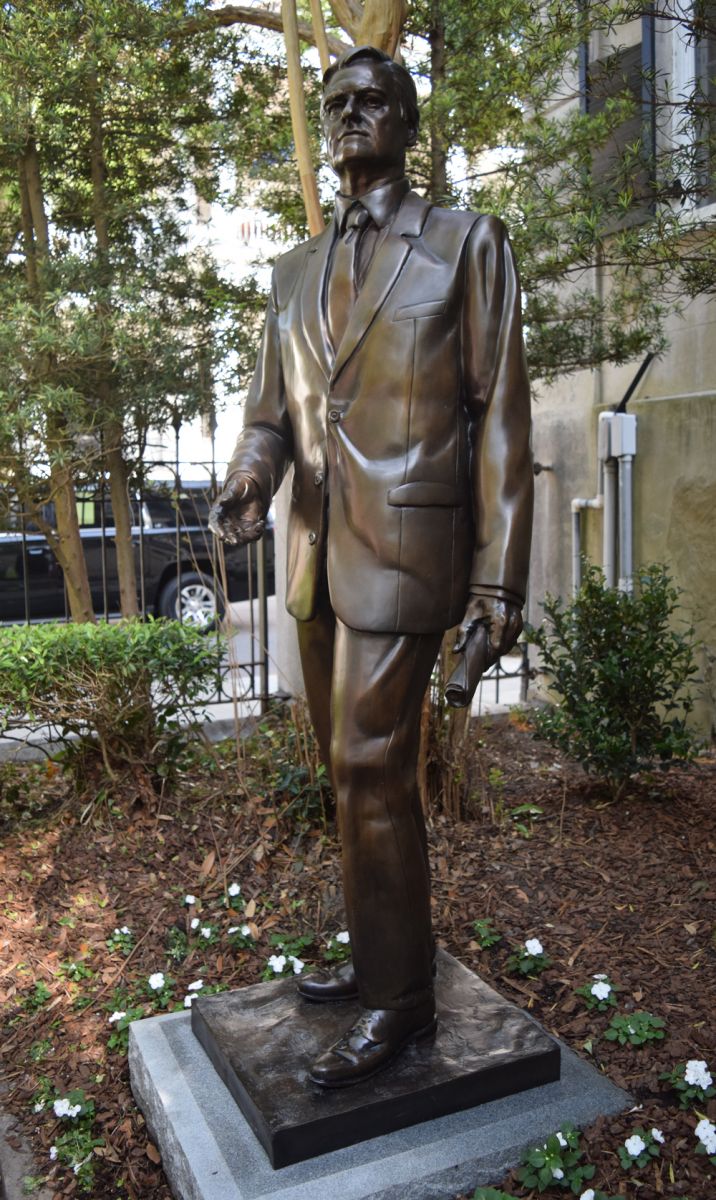 During the dedication ceremony, Biden quoted the Irish poet James Joyce, who said, “When I die, Dublin will be written on my heart.”

“When that day comes for Fritz, South Carolina and this incredible city will be written on his heart, and everybody, everybody will know,” Biden said. “The fact is your state motto reads, ‘While I breathe, I hope. While I breathe, I hope.’ Can you think of that epithet fitting anyone who has ever served your state better than Fritz Hollings? It’s been my honor to literally sit next to you every day, Fritz. To watch you and marvel at your integrity, marvel at your willingness to take positions that you knew were going to hurt you at home, to marvel at your commitment.”

The Hollings statue was erected alongside a statue honoring U.S. District Judge J. Waties Waring. The federal courthouse at Meeting and Broad streets was previously named in honor of Hollings, but in 2015, Hollings requested it be rededicated and renamed in honor of Waring. Congress honored Hollings’ request, and the courthouse was renamed that same year.

“I don’t believe I’ve ever witnessed or experienced anything so selfless,” U.S. Rep. James Clyburn said. “So I called the congressional research office, and I asked, ‘Can you research for me and see how many times such an act has ever been requested?’ They came back to me several days later and said this has never happened before in the history of the Republic.”

U.S. Sen. Lindsey Graham also said he was proud of the way Hollings made the request. “My name is not on much," Graham said, "and that’s fine with me. Your name should be on more.”

Hollings, who turned 95 on Jan. 1, signed legislation in the 1960s to create what became the state’s technical college system. He is also credited with the establishment of the state’s educational television network.

“Boeing, BMW, Volvo, you name it — are all in essence the result of Fritz Hollings’ extraordinary leadership,” former Charleston Mayor Joe Riley said. “He balanced the state’s budget for the first time. He got a AAA credit rating for South Carolina the first time, and he ran the state as governor as a great executive — a strong legislative state.”

In addition to serving as a U.S. senator and S.C. governor, Hollings was lieutenant governor from 1955 to 1959 and a member of the S.C. House of Representatives from 1949 to 1954. He graduated from The Citadel and the University of South Carolina law school, and he served in the Army during World War II.

“We all knew back then, as we know now, that Fritz Hollings would have made a phenomenal president of the United States of America,” Riley said.