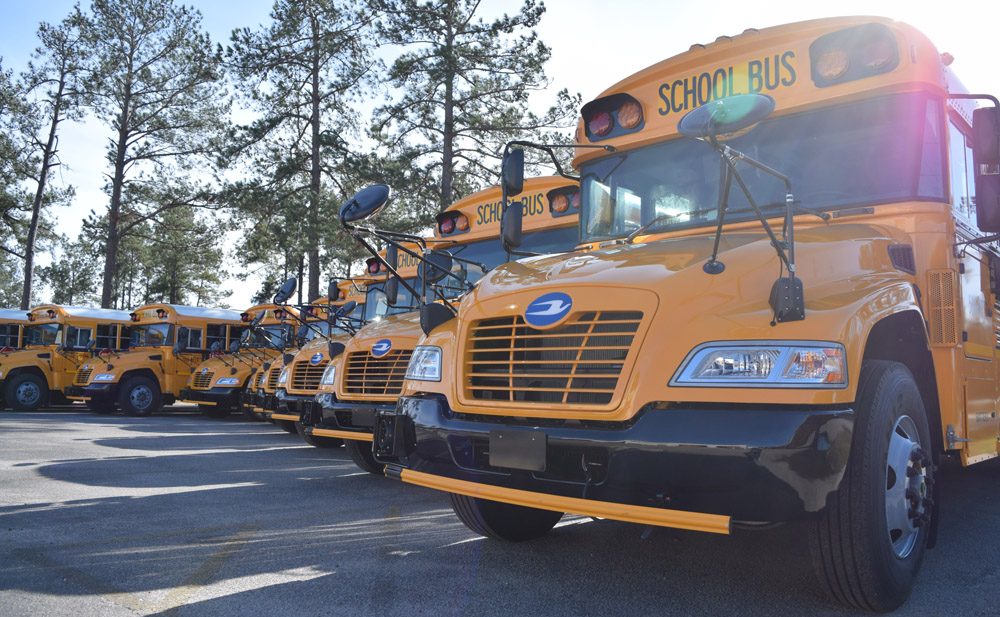 Some students in the Berkeley County and Dorchester 2 school districts will need to pay extra attention while waiting to be picked up for school.

The districts’ 26 new propane-powered buses are so quiet that students in other states have missed their ride to school because they didn’t hear the bus coming, according to Mark Terry, chief commercial officer of Blue Bird Corp. The company manufactures the Blue Bird Vision buses at its facilities in Fort Valley, Ga. The process takes about three days.

The S.C. Department of Education purchased the 26 buses — 16 for Berkeley County School District and 10 for Dorchester School District 2 — to replace aging and expensive diesel-powered buses. 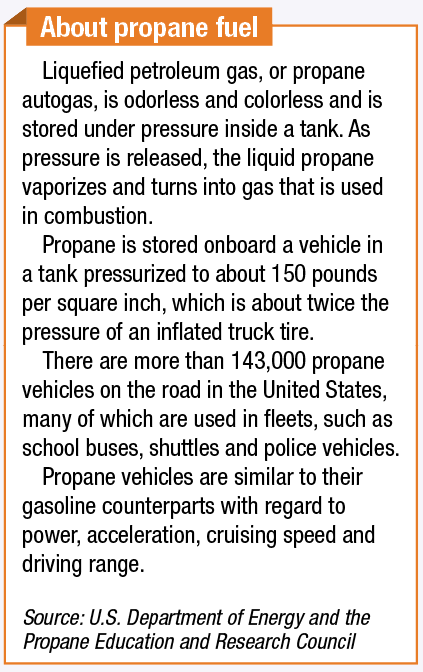 An additional 133 propane-powered buses have been ordered by the department for other districts across the state. They are being built now and will start rolling out between late-February and April, said Bob Gildner, vice president of Blanchard Power Systems, which is Blue Bird’s S.C. dealership as of late last year.

“The Department of Education transports 350,000 students throughout the state of South Carolina every single day,” Gildner said.

South Carolina owns and maintains its school bus fleet; its 5,582 buses traveled 82.2 million miles last year, according to Brenda Blackburn, superintendent of the Berkeley County School District, based on data from the S.C. Department of Education.

“In 2007, the S.C. Legislature passed Act 79, mandating that there be a bus replacement cycle that would reoccur each year and replace about 1/15 of the buses in South Carolina,” Blackburn said. “That amounts to a reoccurring appropriation of $34.1 million to benefit the children of South Carolina.”

“Last year, with the funds that were appropriated from the General Assembly, Superintendent (Molly) Spearman took a leadership role and directed that her transportation office purchase a portion of the new buses that were powered by alternative fuel,” Blackburn said. 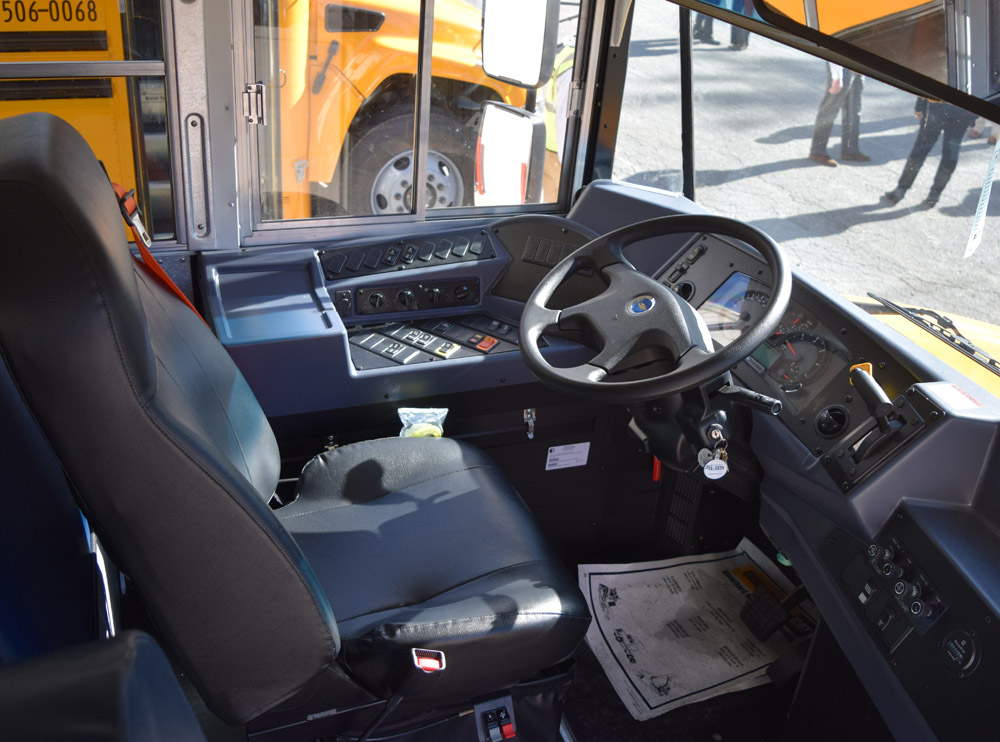 Propane-powered vehicles are most common among fleets of high-use vehicles, such as buses, shuttles and farm and industrial equipment, because of the lower maintenance costs, according to the U.S. Department of Energy.

“This is a huge cost savings to the taxpayers when you take into account that these are the very same buses that are driving that 82 million miles each year,” she said. “Additionally, all of the new buses are equipped with air conditioning, GPS, and they have the ability to be outfitted with seatbelts, which is something we’re constantly talking and thinking about here in Berkeley and in the transportation business completely.”

As well as providing cost savings, the buses are a better choice for the environment, according to Todd Mouw, vice president of sales and marketing at Roush CleanTech. The company says Blue Bird’s Vision buses emit 80% less hydrocarbons than do diesel buses.

Landon Masters, co-coordinator of the Palmetto Clean Fuels Coalition, an initiative of the S.C. Office of Regulatory Staff, encouraged other businesses, organizations and individuals in the state to consider alternative fuels like propane.

“We think this project is a framework for how others can lead by example and convert to clean, alternative fuels that will have lasting impacts,” Masters said.

The U.S. Department of Energy lists about 50 fuel stations in South Carolina that sell propane, or liquefied petroleum gas. Terry said many school districts that transition to propane buses contract with a propane distributor and install a fueling station at the district’s bus barn.

“I can’t wait to see children on these buses, because they’re going to love them,” Blackburn said.

Spearman said funding from Act 79 did not account for the high level of student growth occurring in many areas of the state. So the S.C. Department of Education has requested $10 million in recurring and $95 million in non-recurring funds from the state Legislature to replace more than 1,000 decades-old school buses.

“We can no longer wait to address the needs of our state’s student transportation system,” Spearman said during a news conference in January. “I am committed to working tirelessly with our state’s leaders to ensure students have safe and reliable transportation for years to come.”