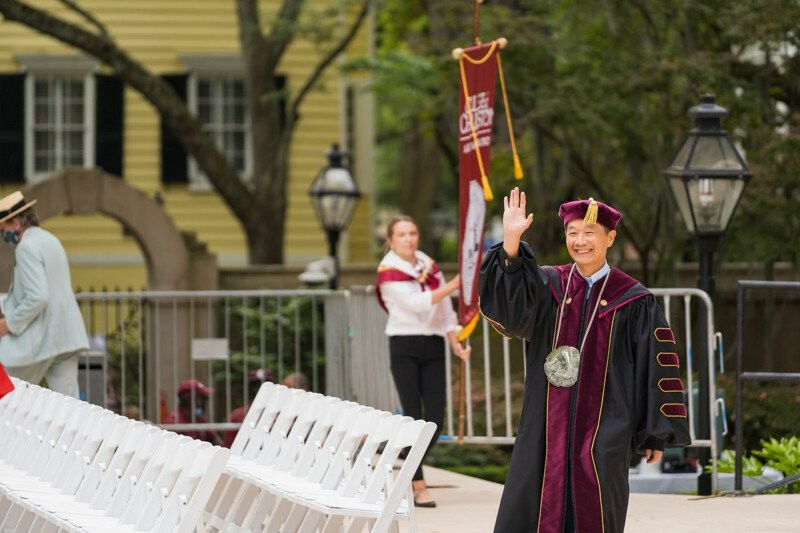 Hsu began his tenure as the 23rd president of the college on May 16, 2019, and his original contract had been set to expire in May 2024, according to a news release.

“I am both humbled and very proud to have this opportunity to continue the great work we have started here together,” Hsu said in the news release. “The College of Charleston, a community of top talent, continues its tremendous momentum toward improving student success, academic distinction and employee success. We — the faculty, staff, students, volunteer leaders and alumni — have already accomplished much in our 10-year strategic plan, and I am excited to see how we can build upon those early achievements. This is a remarkable university because of its remarkable people.”

Under Hsu’s leadership, the College of Charleston has launched a 10-year strategic plan, Tradition & Transformation, with a stated vision to elevate the college to national university status by focusing on its academic profile. Since 2019, the college has introduced several new undergraduate programs, such as systems engineering, electrical engineering, software engineering, environmental geosciences and statistics. The college also launched a new School of Health Sciences in early 2022, in partnership with the Medical University of South Carolina.

“I know we all look forward to President Hsu’s continued extraordinary service and his leadership in guiding the college toward even greater academic excellence and institutional distinction,” David M. Hay, chair of the board of trustees, said in the news release.