Citadel initiatives to focus on campus and community diversity 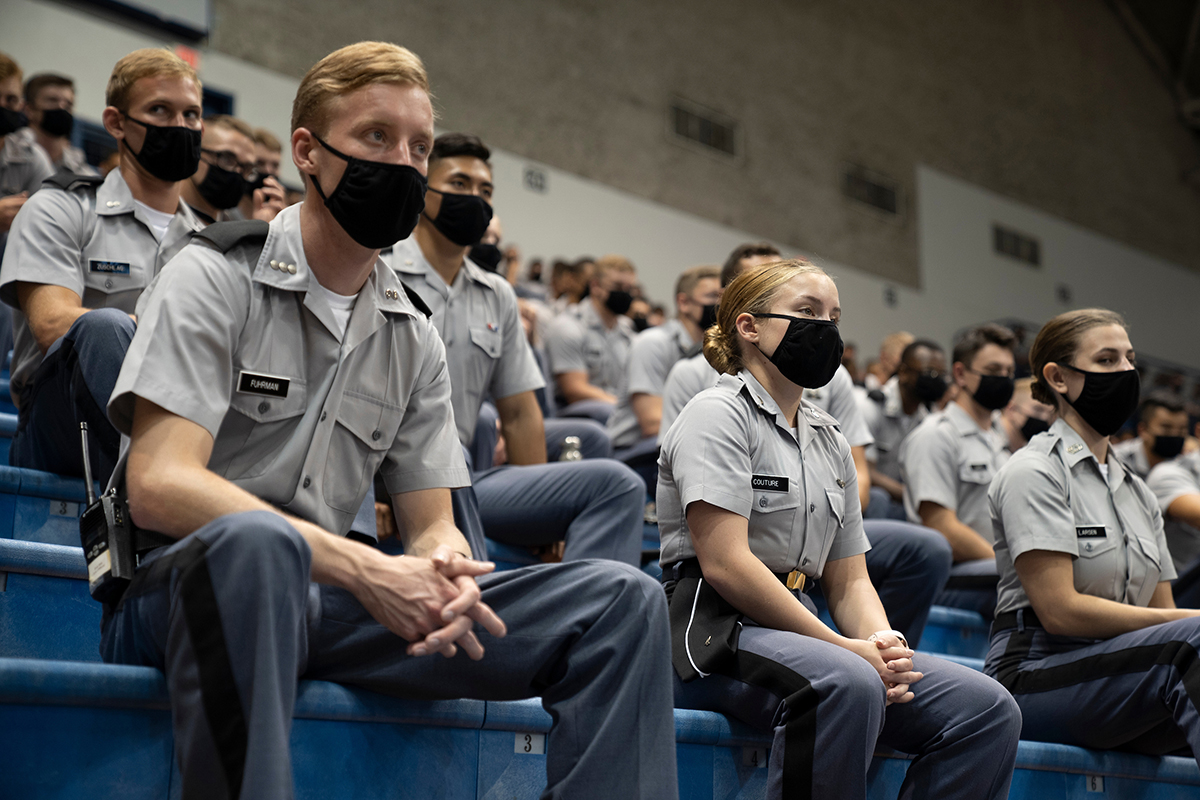 From the moment male cadets shave their heads and become “knobs,” the nickname given to those first-years, students at The Citadel are exposed to diversity and inclusion from all levels of the institution.

Whether it’s required leadership development courses that emphasize the school’s core values of honor, duty and respect when encountering difference of opinion and background, or the opportunity to join extracurriculars based on culture, faith and experience, efforts have been taken to ensure a space on campus for each student.

“We as a state entity are educating the future, not only of our state, but also of the country,” said Kelly Brennan, associate provost for enrollment management. “It’s very important, economically, educationally and in the military, to make sure that there is diverse representation and inclusion in all organizations because the more smart people you have around the table who are looking at things from different lenses, the better ways you’ll have to solve problems.”

The push for diversifying The Citadel experience begins even before students walk in the door. Through meeting with families to address concerns and sharing success stories from alumni and leaders who represent all walks of life, the admissions team aims to showcase a community where all find their niche, Brennan said.

Efforts in outreach have also increased the past few months with the help of the newly formed Citadel African American Alumni Association, she said.

“We’ve done a nice job over the last decade of making personal connections with the students and making sure they feel that they’ll be welcomed,” Brennan said. “And the way to do that is to reach out and answer their questions and make sure they see themselves represented in our alumni and in our current cadet stories that are coming out of admissions.”

According to the admissions tracking report, active deposits from women went up 32.5% over last year, as did those from students of color at 49.2%. In tracking the past 10 years, growth is reflected in the 25% increase of cadets identifying as ethnic minorities and the record 81% increase of female cadets.

Hiring a diverse population of faculty and staff also plays into creating a culture where students feel seen and represented, said Shawn Edwards, chief diversity officer at The Citadel. Accessibility and awareness are key, she said. It’s not enough to open up a position; hiring teams must be intentional in connecting with underrepresented communities.

“We’re always going to focus on skillset first, but it’s up to us to make sure that the candidate pools are diverse,” Edwards said. “If a person of color or a female or someone of the LGBTQ community never even knows that the position is available, that’s a problem.”

Search committees are trained to decrease bias in the hiring processes. Of staff, 21% identify as Black, Hispanic or Asian, while 44% are women. Of faculty, 18% come from minority backgrounds, while 38% are women.

Across campus, a team of staff and faculty have joined to form the Diversity Equity and Inclusion Council, established in 2015 to promote inclusion and equality and to provide oversight for these efforts. Starting this upcoming school year, the council plans to begin involving students.

From this hub comes support for cultural-, faith- and identity-based student clubs, as well as for the Truth, Racial Healing and Transformation Center, one of the first 10 in America. Through this center, CitListen sessions are held, where community partners and speakers are invited to facilitate conversation.

When the murder of George Floyd in 2020 sparked the Black Lives Matter movement and protests against police brutality across the country, the council also held a town hall with faculty to help process through what was happening.

When a series of shootings in March at three Atlanta spas killed eight people, six of whom were Asian women, and protests against anti-Asian rhetoric arose across the nation, the council responded as well by checking in with their Asian American students, faculty and staff.

“We want to make sure that they understand that they’re going to come in contact with all sorts of people, and coming from a place of care and understanding is going to be important, regardless of whether they end up in the military or graduate school or the workforce,” Edwards said.

A previous version of this story should be clarified. Women at The Citadel are not required to have their heads shaved.