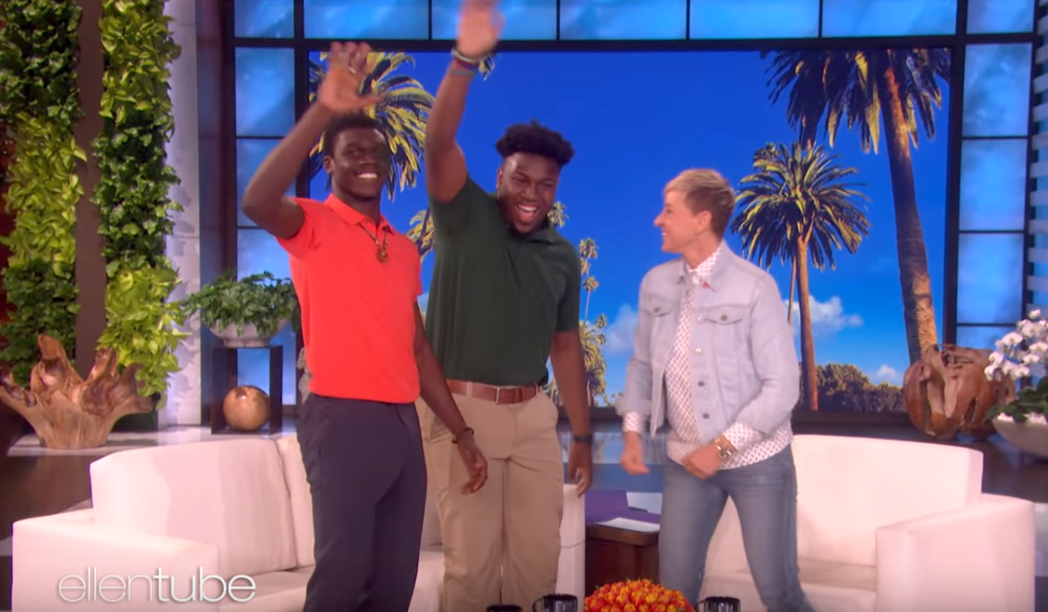 DeGeneres announced Tuesday on her show that seniors Jaheim President and Darius Smith will receive full-ride scholarships to the College of Charleston.

In their first trip to Los Angeles (and their first appearance on a talk show), President and Smith said they hope to one day become public educators.

“For the kids, I want to be what I didn’t see when I was growing up,” Smith said.

Smith’s father was incarcerated when he was four years old, and Smith said as he’s grown up, he’s realized the importance of having a male role model.

“Even if it’s at school seven hours a day, that still helps,” Smith said.

President said he’s also been inspired by the teachers he’s had.

“I believe teaching is the greatest way that I can give back to what they have done for me,” President said.

College of Charleston said that both President and Smith participated in the Otto B. German Minority Male Initiative program, which assists prospective high school students of color. The two will also participate in the college’s Call Me Mister program, which supports male minority students who pursue an education degree.

“It’ll help with some things,” DeGeneres said. “Some stuff, backpacks and stuff.”