Between 2013 and 2015, the Charleston School of Law went through a series of high-profile woes, including cutting faculty and facilities, lawsuits from fired professors, a potential purchase by for-profit law school consortium InfiLaw System and financial problems that landed the school on a U.S. Department of Education financial monitoring list.

“I don’t think anyone realized how close the school came to closing down. ... It was dire,” said school President Ed Bell. 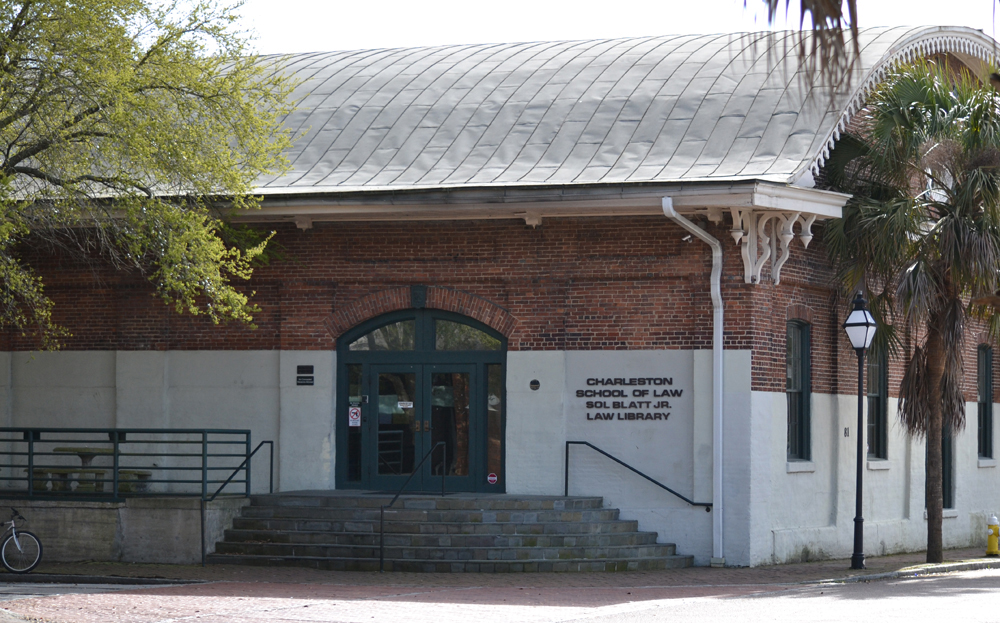 Bell said, though, the school has now turned over a new leaf: The school is ranked among the best in the country for professors and quality of life by the Princeton Review. The school is debt-free, and Charleston School of Law was off the Education Department’s heightened cash monitoring payment method list as of September.

The 108-member graduating class of 2018, which received their degrees last month, is the last class that will remember any of the turmoil firsthand.

“The graduating class of 2018 is a truly extraordinary class,” Dean Andy Abrams said in a statement.  “Over the course of their law school careers, they have faced more personal and professional challenges than perhaps any graduating class before them. It is a tribute to their character, commitment and courage that they have successfully met all of these challenges head-on, and done so with passion, compassion and grace.”

Bell predicted the law school is also about one year away from attaining nonprofit status from the American Bar Association.

“The American Bar Association has asked that since we’ve gotten through all of our problems to redo the application to make it more simple,” he said. “Now, instead of telling them how we’re going to survive, we’re telling them what our future looks like and what are we going to do to continue this progress. So it’s a big change and a big deal.”

Charleston School of Law submitted its initial application to become a nonprofit law school, including long-range planning documents and governance plans for the schools, in 2016. Bell first broached the idea of changing the law school to a nonprofit institution shortly after he became president in 2015 to help ease concerns over InfiLaw’s potential purchase of the school.

“The school itself was running fine, the faculty, the students,” Bell said. “It just had to do with getting rid of this albatross that was around our neck, and that was this issue of whether or not to sell the school.”

Charleston School of Law spokesman Andy Brack said becoming a nonprofit institution allows the school to have another way to improve transparency and accountability.

“It also takes the ‘profit’ incentive away from the owners and the money from tuition goes toward education and not distributed to the owners,” he said.

The Council on the Section of Legal Education and Admissions to the Bar, an independent arm of the American Bar Association recognized by the Department of Education as the national accreditor of law schools, does not distinguish between nonprofit and for-profit schools in terms of standards. Charleston School of Law was fully accredited by the council in 2011.

The Bar Association said it could not comment on the record and directed the Business Journal to its Standards and Rules of Procedure for Approval of Law Schools.

Brack said that, overall, almost 90% of students graduating from the school who have taken the test have passed it, even if it took more than one try.

Bell said he’s still pursuing a permanent campus for Charleston School of Law in downtown Charleston, a goal he’s had for most of his tenure as president.

“We’re in the works right now talking with several people that look very encouraging,” he said.

Bell said he has three options in mind but couldn’t disclose any of them.

“All of them you would know,” he said. “They’re on the peninsula for sure.”

Bell said the school is also starting to discuss offering more master’s degrees — unlike most professions, he said, a law student receives a juris doctorate before a master’s degree.

“We already have a graduate school for maritime law, but we plan on expanding that program to at least four more subject matters,” Bell said.

The goal is to start the new degree programs in fall 2019, he said, and Bell predicted the programs could bring in 150 new students.

“A good number of these students will be foreign students, which we’re extremely glad to have,” he said. “A lot of this will be done online. But to have these folks come over from other countries to study law here and then go back to their country to practice law with an American degree is a big deal for a lot of other countries.

With the influx of new students, because of both the new programs and the school’s increasing stature, Brack said the school has rehired some professors who had previously parted ways with the school, and he said it “will continue to hire talented professors and staff as needed and as the school continues to grow.”

Bell said turning around Charleston School of Law’s fortunes has been a “commitment from everybody,” including the students and the professors.

“It’s a hard school — we’re not an easy school — but they do it with a spirit that is so uplifting, it’s amazing,” Bell said. “I can’t tell you how emboldened we are. We’ve got this new spirit, and it’s amazing.”

This story originally appeared in the June 11, 2018, print edition of the Charleston Regional Business Journal.