An emerging narrative about the state of higher education in South Carolina – and across much of the nation – depicts a landscape of slowing student demand, skyrocketing tuition and fees, and inflated college spending that has led some to question the value of a college degree. 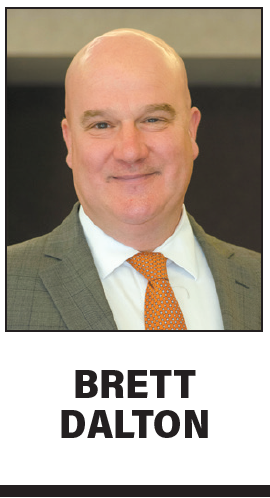 Indeed, the state’s Commission on Higher Education has repeatedly warned in recent months of what it sees as a looming higher education crisis in South Carolina, citing national data and trends and painting the state’s 33 public universities and colleges with a broad brush.

For Clemson University, the story differs greatly. In addition to its perennial standing as one of the country’s top public universities, Clemson has consistently been cited for its financial management and diligent expense control, and is currently ranked as the eighth most efficient university in the country by U.S. News & World Report magazine.

By another measure, Clemson’s financial health has been shown to be equally robust. The university’s bond rating is in the same category as Standard & Poor’s rating of the United States and the state of South Carolina, and all three of the nation’s major ratings have set the university’s bond ratings at historically high levels and the highest of any university in South Carolina. Among their reasons for doing so, the agencies cited strong student demand for admission, strong financial management and discipline, and the university’s focus on programs that meet the needs of employers.

At the same time, Clemson has remained committed to being a driving force behind South Carolina’s transformation to a knowledge-based economy. By providing relevant degree programs, Clemson graduates are in demand by employers currently in our state and by those that want to relocate here. Additionally, Clemson has strong and growing partnerships with many of the state’s leading employers including BMW, Boeing, General Electric, Michelin, Samsung and more.

Clemson’s strong academic reputation – the university has been ranked among the top 25 public universities in the nation for the past decade by U.S. News & World Report – has made it a university of choice for many of South Carolina’s brightest students.

Indeed, Clemson’s current freshman class comprises more South Carolinians than ever before, and since 2008 in-state enrollment has increased 27%. The university also educates 68% more scientists and engineers; 52% more agriculture, forestry and life science students; and 30% more business students than it did a decade ago.

The education that Clemson delivers to its students results in a strong return on investment. The earnings of the university’s graduates rank in the top 10% of all public universities measured by 20-year earnings return on investment, according to Payscale.com. The median starting salary for a graduate with a bachelor’s degree is $54,300; the median mid-career salary is over $100,000.

There has been much public discussion – and considerable concern – over the rising cost of college tuition. All of us at Clemson share that concern and are working tirelessly to keep the cost as low as possible. In fact, Clemson’s cost to educate a student has fallen 16% since 2008 when adjusted for inflation and is 40% below the average of the rest of the top 25 universities in the U.S. News & World Report ranking.

And when it comes to talk of the relatively high tuition “sticker price” of South Carolina’s public institutions, there is more to that story as well. Thanks to the S.C. Education Lottery and growing scholarship funding from Clemson and private sources, approximately 99% of our university’s in-state, first-time freshmen earn scholarships. These scholarships greatly reduce the actual cost to students and families making the average out-of-pocket cost for an in-state freshman $5,200 in 2017 – only 36% of the advertised price.

To be sure, these are challenging times in higher education. Like in many industries or fields of endeavor, universities face significant pressure to innovate, adapt and constantly prove their relevance in an ever-changing world. Clemson has proven ready and willing to meet those challenges head on by providing an affordable, world-class education for students from our state and those who want to move here – just as it has for nearly 130 years.

Brett Dalton is executive vice president for finance and operations at Clemson University.