Ports system has another record month for container volume 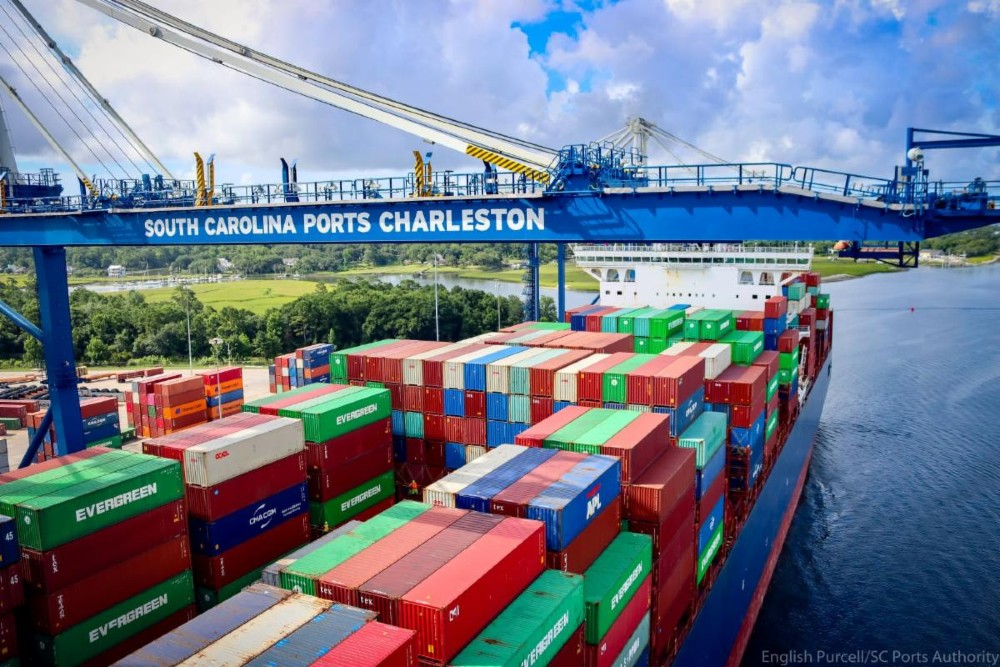 The S.C. Ports Authority reported the biggest April ever for containers handled, marking the 14th consecutive month of cargo records at the Port of Charleston. Strong volumes are driven by sustained retail imports, which were up 34% in April compared to last year, according to a news release from SCPA.

“With ongoing supply chain challenges and record cargo volumes, S.C. Ports remains focused on deploying responsive, creative solutions to return terminal and berth fluidity to normalcy for our customers,” S.C. Ports CEO Jim Newsome said in the news release. “We are in a strong position as we have proactively invested more than $2 billion into our infrastructure ahead of demand.”

The ports handled 264,099 TEUs, or 20-foot equivalent container units, at Wando Welch Terminal, North Charleston Terminal and Leatherman Terminal in April, up 17% from last year. S.C. Ports has moved 2.4 million TEUs so far in fiscal year 2022, from July through April, up 15% fiscal year-over-year, according to the release.

According to SCPA, supply chain challenges have been addressed by hiring more than 150 people in operations, providing Sunday gates for motor carriers, prioritizing the shipping lines taking empties out, giving berth priority to vessels taking out more cargo and leasing new chassis from its SMART Pool.

“Our incredibly dedicated SC Ports team and the entire maritime community has worked tirelessly to handle consistent record cargo volumes,” S.C. Ports COO Barbara Melvin said. “They have implemented operational changes in real-time to respond to the ongoing supply chain challenges. This has enabled us to make progress on our backlog in an effort to keep our supply chain fluid.”