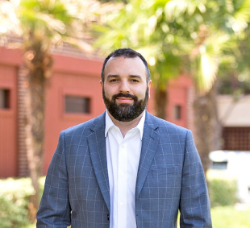 After 37 years, Jeff McWhorter will be retiring as president and CEO of Palmetto Railways.

He will be succeeded by Vice President and Chief Commercial Officer Patrick McCrory, effective Jan. 4, the organization said in a news release.

“During my time here, Palmetto Railways’ and South Carolina’s freight rail infrastructure and volumes have continued to grow, with an increasing emphasis on the importance of safety, economic development and efficient and reliable rail service,” McWhorter said in a statement.

McWhorter began working at Palmetto Railways as a part-time switchman on the extra board. Over the years, he rose through the ranks until he was appointed leader of the organization in 2007.

Secretary of Commerce Harry Lightsey expressed his gratitude for McWhorter’s service, noting his “track record of success” that set up the organization and state for long-term success in the industry.

He further added that McCrory is ready to take the reins.

“Patrick’s executive leadership service with Palmetto Railways, coupled with extensive rail transportation and logistics experience throughout his career, has prepared him to lead one of South Carolina’s oldest rail providers,” Lightsey said in a statement.

McCrory has worked for Palmetto Railways since 2013 and previously served in management roles with CSX Intermodal Terminals and APM Terminals. He has a Bachelor of Science in logistics and intermodal transportation from the United States Merchant Marine Academy. He also earned a Master of Science degree in transportation management with a focus in supply chain operations from the University of Denver.

Palmetto Railways, an enterprise agency of South Carolina and a division of the S.C. Department of Commerce, is a class III short line railroad that handles more than 100,000 carloads each year.