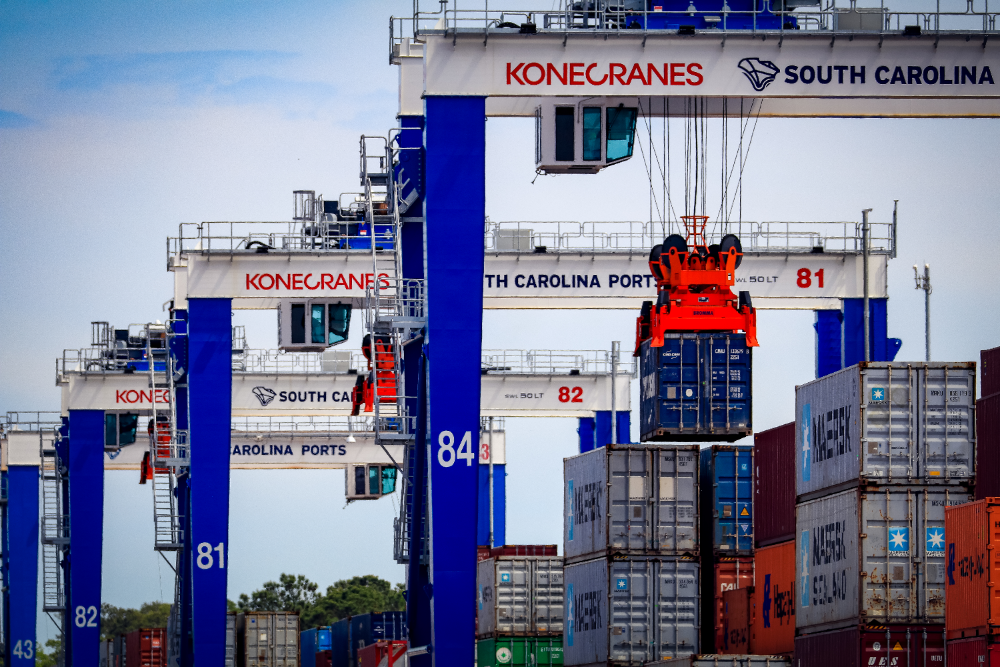 The October volumes represent a 9% increase over this time last year. Fiscal-year-to-date, the SCPA has handled 919,440 TEUs, up 15% year-over-year.

The port’s continued success and berth availability recently attracted the business of Wan Hai Lines, which will begin calling on Charleston as part of its network expansion between Asia and the East Coast of North America, the SCPA said in the release.

“During this time of unprecedented supply chain challenges, shipping lines and cargo owners can take advantage of the opportunity to diversify their port gateways,” SCPA CEO Jim Newsome said in a statement.

“S.C. Ports provides capacity, fluidity and predictability for retailers as record retail imports flow into the Port of Charleston,” Newsome said. “S.C. Ports has invested more than $2 billion in port infrastructure in recent years to ensure supply chain fluidity for our customers.”

Vehicles remain a strong business segment at S.C. Ports, with 21,740 vehicles rolling across the docks of Columbus Street Terminal in October, an increase of 5% from this time last year.