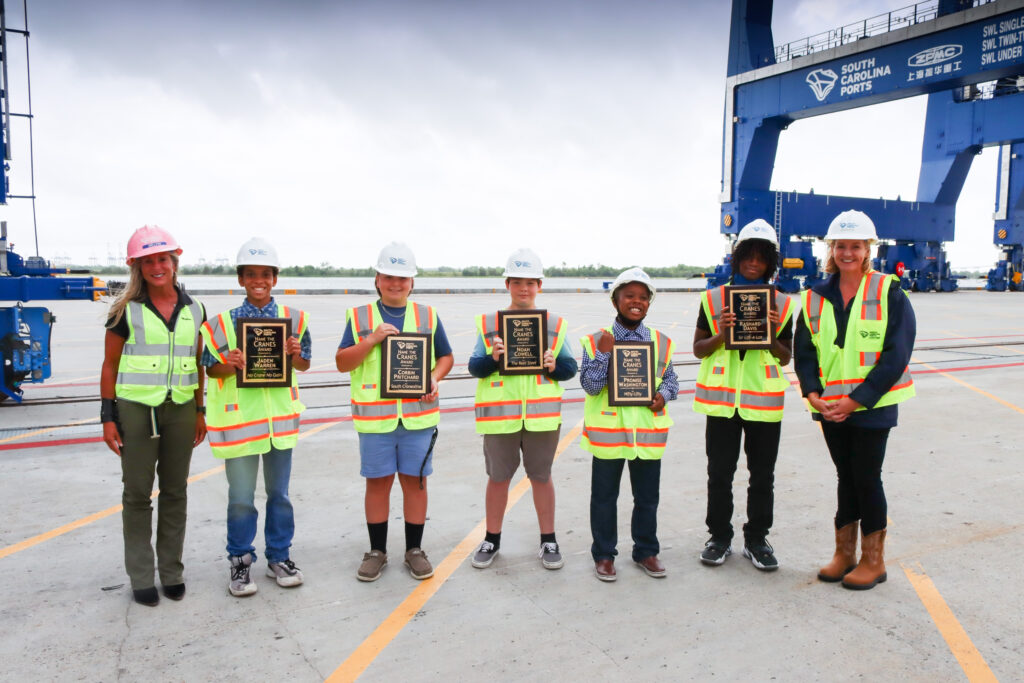 Naming the new S.C. Ports Authority terminal after Sen. Hugh K. Leatherman was a no-brainer for the state agency. But naming the wharf’s new cranes requires outsourcing to the professionals.

The SCPA reached out to third- through fifth-grade students in Berkeley, Charleston and Dorchester counties who competed to name the five massive blue cranes stationed on the edge of Charleston Harbor.

The winning names include Nifty Lifty, Sir Lift-A-Lot, No Crane No Gain, South Craneolina and The Reel Steel.

The massive blue cranes with a lift height of 169 feet and a 228-foot outreach have been painted with their new names.

The winners represent five schools and four municipalities, including two schools in North Charleston, where the Leatherman Terminal is located, the SCPA said.

“South Carolina Ports enjoys partnering with local schools to engage students and connect them to our operations and workforce,” said SCPA COO Barbara Melvin. “Our Name the Cranes contest is a really special way for students to connect with the port.”

Students have long been a part of naming the SCPA cranes, and Melvin said she hopes the opportunity “sparks a lifelong connection to the maritime industry for them.”