Leatherman Terminal forced to divert 2 lines back to Wando Welch 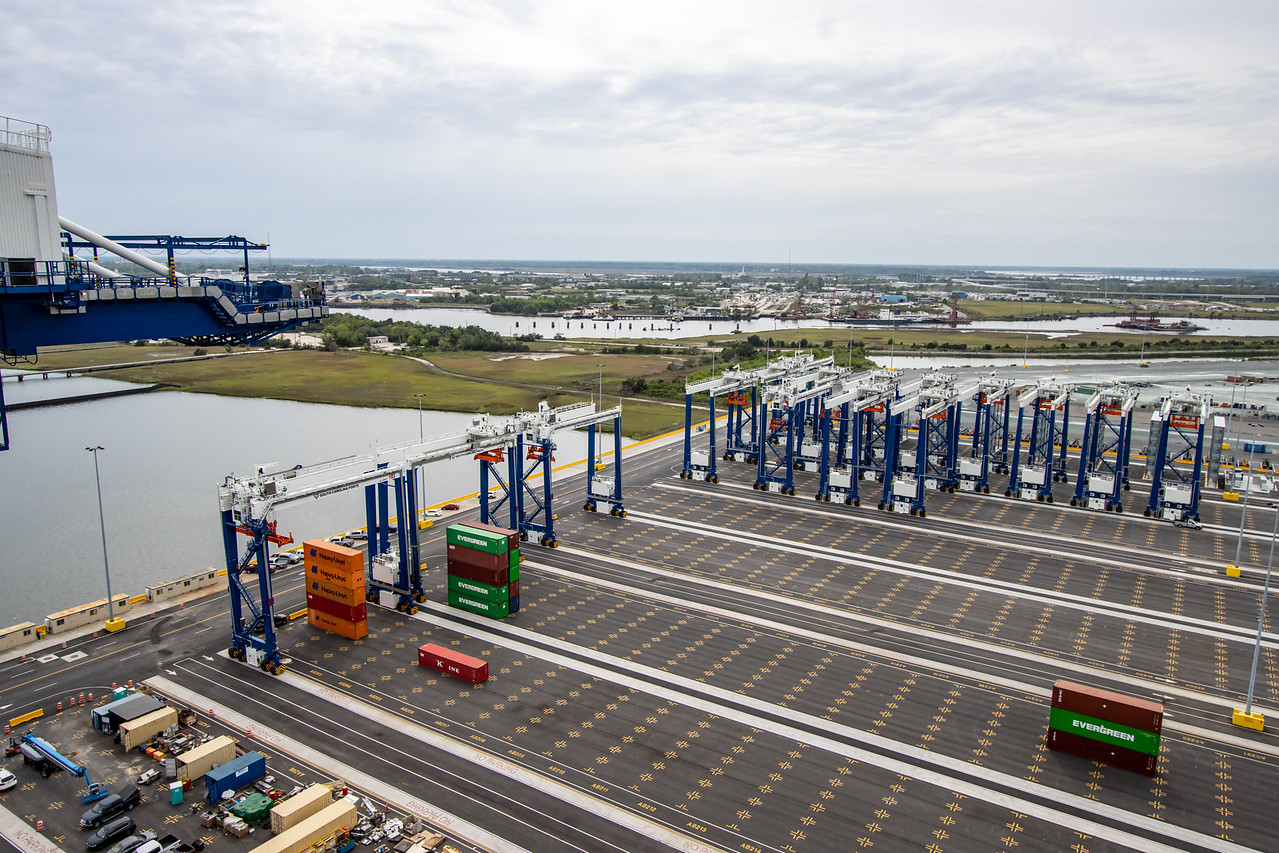 The S.C. Ports Authority has shifted two containerships intended to call on the Hugh K. Leatherman Terminal back to Wando Welch Terminal as shipping companies look to stay out of the fray cause by a union lawsuit, the Port of Charleston said yesterday in a statement.

In a months-long battle to ascertain HLT jobs that they believe should be assigned to union workers, the International Longshoremen’s Association has taken to using an “intimidation tactic” to get liners to boycott the port, the SCPA said.

Following the Leatherman Terminal opening, the ILA is suing Hapag-Loyd and the U.S. Maritime Alliance for $200 million in damages, arguing that by docking at the terminal and using non-bargaining employees, both violated terms of their Master Contract and subsequently cost ILA members future jobs and wages.

Not allowing ships to call on the Leatherman Terminal comes at a higher cost for the involved lines and the diverted cargo, especially in a time of unprecedented global supply chain disruption. The Ports Authority said it however understands major foreign container shipping companies trying to avoid a confrontation with “frivolous lawsuits.”

“Despite prior assurances from the union through a stipulation filed with the NLRB that Leatherman Terminal would operate as normal until the judge has ruled in the pending NLRB proceeding, these lines are now being intimidated to either return to Wando Terminal or divert these vessels to other South Atlantic ports, which have the same operating model that they are objecting to here,” the SCPA statement said.

The port further believes that any issues the ILA had should have been “professionally addressed” through the NLRB proceeding. The SCPA added, “but unfortunately, the union has engaged in illegal, unfair, and deceptive practices to intimidate — successfully — certain shipping lines to try and leverage the unionization of state employees.”

Beginning in August 2020, the SCPA and shipping lines designated four services that would berth at the Leatherman Terminal to alleviate the container volume handled at Wando Welch Terminal. If those services were not moved, Wando Terminal would operate above its maximum capacity, which the SCPA said would disrupt “efficiency and productivity” of the terminal’s operations.

Following the August agreement, the longshoremen union and the U.S. Maritime Alliance, which represents the stevedores and shipping lines who employ the union labor, moved to enforce a Master Contract clause that required all labor for any new terminals to be 100% union labor.

The SCPA and the S.C. attorney general filed charges with the National Labor Relations Board on Jan. 7 stating that the forced unionization tactic would endanger the port’s successful operating model. The port argued the Leatherman Terminal also pre-dated the Master Contract the ILA was invoking. The NLRB found merit in the charge in March and scheduled a hearing for May 4 in front of a federal Administration Law Judge.

That hearing has since been delayed to June to allow the NLRB time to analyze the additional charges filed by the ILA, the release said.

“The lawsuit is a clear intimidation tactic targeting the shipping line customers of S.C. Ports Authority, all of whom are members of the USMX and agreed to utilize Leatherman Terminal, pending the outcome of the NLRB proceeding,” the SCPA statement said.

For the time being, the SCPA has agreed to two of the lines’ requests to divert them back to the Wando Terminal, pending further clarity from the NLRB on the longshoremen’s actions. One line will still remain at Leatherman Terminal.

“This is not a sustainable solution, but in the short-term, it will help mitigate the harm caused by the unlawful union tactics and assure the continuity of service to which our customers have become accustomed while further protections are sought through the legal process,” the SCPA statement said.

The SCPA and the state plan to work through all legal processes available to protect the Hugh Leatherman Terminal investment and the economy surrounding it.

“Should the objective of a different and more expensive labor model be successfully achieved at Leatherman Terminal, it would put S.C. Ports Authority at a competitive disadvantage within our region as none of our container line customers would utilize the terminal, defeating the very purpose of building port infrastructure in support of South Carolina’s supply chain and maritime community,” the SCPA said.