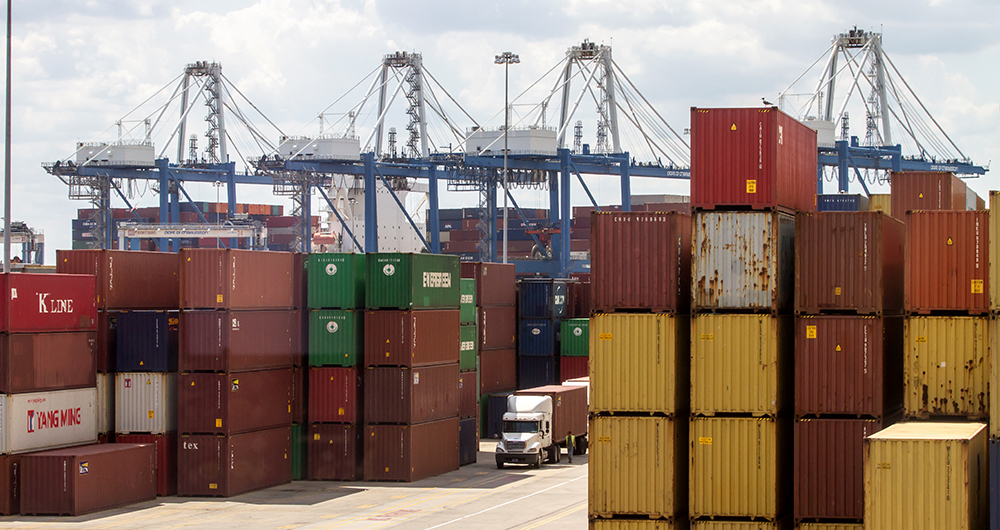 S.C. Attorney General Alan Wilson and the S.C. Ports Authority filed a complaint with the National Labor Relations Board on Wednesday, accusing the waterfront union at the port of illegally working with a national maritime alliance to pressure ocean carriers to not use the Leatherman Terminal.

Wilson said a clause in a labor contract, signed into effect without involvement from the SCPA, threatens the jobs of hundreds of state workers if the NLRB allows it to be implemented. Part of the conflict comes from how each side is interpreting how the clause applies to the terminal, which is expected to open in March.

Wilson and the SCPA filed an unfair labor practice charge against the International Longshoremen’s Association, its local 1422, and the U.S. Maritime Alliance for violating the National Labor Relations Act.

The charge focuses on a new master contract clause, Article VII, (.pdf) agreed upon in 2013 by ILA and USMX that states for any new ports built in the U.S., 100% of those jobs would be union jobs.

According to the contract, the USMX can “notify any port authority contemplating or intending to develop a new container handling facility that USMX members may be prohibited from using the new facility if the work at that facility is not performed by Master Contract bargaining unit employees.”

Should that be enforced, this part of the contract could threaten the SCPA’s model of using both state employees and union labor on the waterfront.

Wilson and the SCPA allege that the clause “implements a secondary boycott to acquire new work for the union by pressuring ocean carrier customers not to use the state’s new Hugh Leatherman Terminal,” a statement by the attorney general’s office said.

A secondary boycott is defined as two parties, the ILA and USMX, making an agreement that could harm a third party — in this case, the SCPA.

Wilson and the SCPA are maintaining that the longshoremen are working to pressure ocean carriers to boycott the SCPA, or a primary employer — an action the NLRB protects the SCPA against.

“The union is expected to follow the rule of law like everyone else,” Wilson said. “South Carolina has long been a staunch right-to-work state and the union cannot undermine our laws guaranteeing the right to work. Those laws do not permit the union to take over jobs from state employees.”

Despite its current construction and anticipated 2021 completion, permits for the Leatherman Terminal were filed in 2003 with construction beginning four years later. S.C. Ports Authority President and CEO Jim Newsome calls the terminal an extension of the SCPA, and, as such, believes the clause, which was inserted years later, should not apply to the HLT.

“This is not a contemplated terminal. This terminal was real well before that clause came into effect,” Newsome said. “So we think on that basis alone, it’s not a new terminal.”

The ILA disagrees and based on its assertion of Article VII to the HLT, “no current ocean carrier customer will commit to allowing a vessel service provided by them to call at the HLT pending resolution of this issue,” Wilson said in a statement.

Should the article be enforced by law in ILA’s favor, Newsome said hiring only union workers would increase the price of using the HLT and therefore would cost the SCPA business.

“I can prove that the operating model of the Hugh Leatherman Terminal would be expensive and our customers wouldn’t pay for it,” Newsome said. “And if they don’t go to the terminal, it wouldn’t matter.”

While most ports around the country are privately operated, the SCPA and other South Atlantic ports are unique in being owned by the state. Newsome said it’s a matter of public policy that the state operates its port, noting that public entities cannot engage in collective bargaining with the union. He believes the ILA does not have a right to tell the ports how to operate.

Newsome stressed he is appreciative of the collaboration with the ILA and that he has no issue with the rank and file members in Charleston. “I think most of them are excited about the opening of the Leatherman Terminal model.”