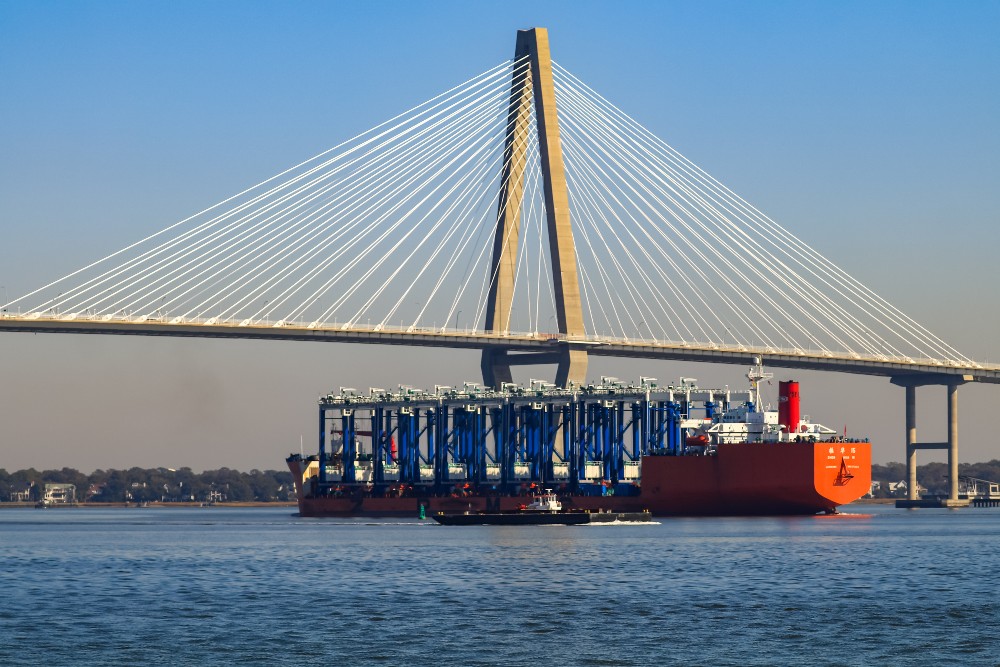 “It is always an exciting day when new cranes come through Charleston Harbor,” SCPA President and CEO Jim Newsome said. “The Leatherman Terminal’s impressive new equipment will provide reliable service to our customers and environmental benefits to the region.”

“With each equipment arrival, we take a step closer to realizing the Leatherman Terminal,” SCPA COO Barbara Melvin said. “Our S.C. Ports Engineering Department and numerous project partners perform an unbelievable amount of work and coordination on the site every day to make our March opening possible.”

Adding to SCPA’s energy efficient mission for the construction of HLT, the new RTGs are 100% electric battery powered and are expected to reduce fuel consumption by nearly 70% compared to conventional diesel port cranes, the port said. The batteries are supplied by Corvus Energy. Additionally, the cranes will use regenerative braking energy, which requires less power from the generator.

ZPMC shipped the RTGs across the Pacific and through the Panama Canal before sailing through the Charleston Harbor on Friday. This time around, the company set a personal record for the most rubber-tired gantry cranes loaded by ZMPC onto one vessel bound for the U.S.

Upon being offloaded, ZMPC’s USA team will spend the next few months commissioning them before HLT’s anticipated March opening.