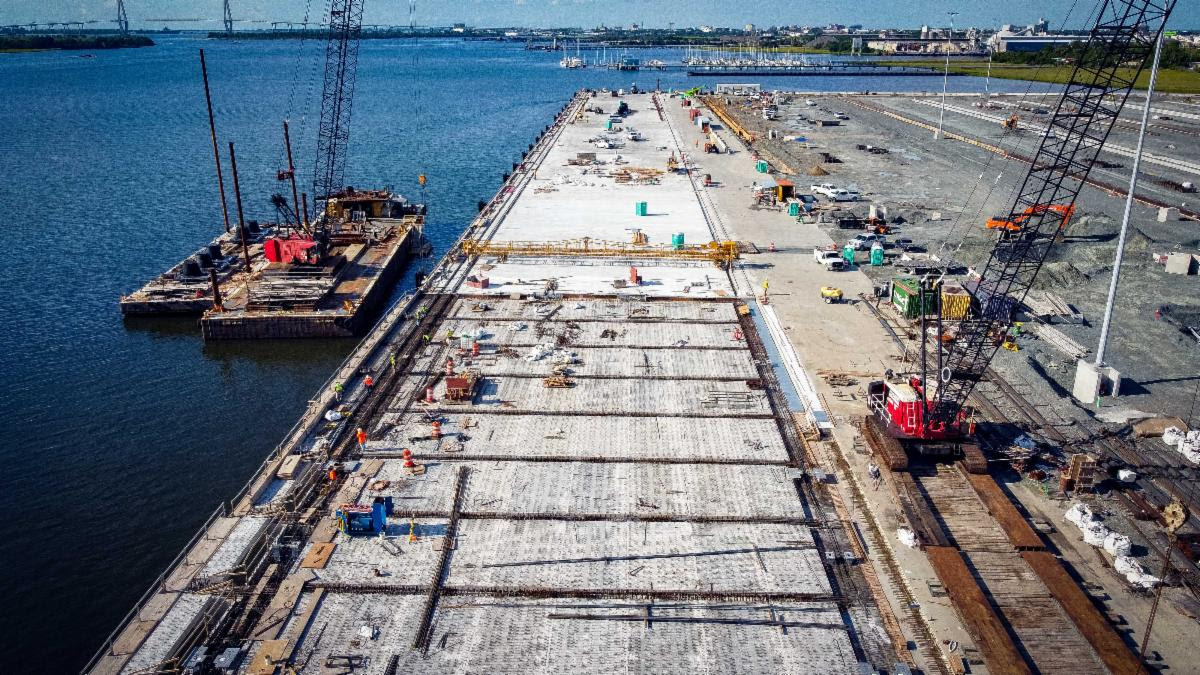 S.C. Ports Authority adopted its 2021 fiscal year plan during today’s board meeting with plans to move forward on the Charleston Harbor Deepening Project and construction of the country’s first new terminal since 2009.

The ports authority expects to transport 1.24 million containers and generate $82.1 million in cash flow during the coming fiscal year with a projected $264.2 million sourced from operating revenues, according to a news release.

“We are in the final year of a six-year capital improvement plan,” Jim Newsome, CEO and president of the SCPA, said in the release. “We are preparing for our major infrastructure projects to come online in 2021, while also continuing to ensure that our port works incredibly well. We have the best team in place to execute our goals.”

According to the release, the first 11 months of the 2020 fiscal year helped compensate for COVID-19 disruptions in May. While volumes were down compared to last year’s May numbers at 97,966 pier containers, this year’s 15,098 pier-ton weight for the month of May exceeded last year’s measurements.

To date, the state port system has handled 1.23 million pier containers since last July, while initiating 159,917 rail runs through the Greer and Dillon inland ports.

The Port of Charleston handled 169,705 TEUs, an industry measurement equivalent to a 20-foot container, last month out of the 2.2 million total units transported through the port since the start of fiscal year 2020.

“The S.C. Ports team and entire maritime community has worked tirelessly during the pandemic to keep freight moving, offering excellent service to our customers and ensuring the timely delivery of vital goods to communities and businesses,” Barbara Melvin, COO of the ports authority, said in the release. “We are deeply grateful to all of our teammates and partners who work so hard to keep the supply chains fluid.”

Despite setbacks from COVID-19 pandemic, the Palmetto State port system remains on track for ongoing infrastructure projects and recruitment efforts, according to the release.

Today, the board unanimously approved a $319 million capital spending plan to deepen the Charleston Harbor, renovate the existing Wando Welch terminal and finish the first phase of construction on the new Hugh K. Leatherman Sr. Terminal, which is expected to open in early 2021.

“The opening of the Leatherman Terminal will mark an extension of the successful container operations concept at the Wando Terminal with the transfer of four large ship services to that location at its opening, while leveraging SCPA’s existing workforce,” Newsome said in a statement.

The first phase of construction on the terminal includes a 1,400-foot wharf, five ship-to-shore cranes, and 25 rubber-tiered gantry cranes, which will expand the port’s capacity to 19,000-TEU vessels.

Once these projects reach completion, the Charleston port is expected to manage handle four 14,000-TEU vessels at the same time. Deepening the harbor to a 52-feet depth will also open up the port for larger container ships, according to the release.

“The financial plan for fiscal year 2021 reflects a very thoughtful approach to the current economic climate, while also focusing on key growth areas and a very exciting year ahead,” Bill Stern, chairman of the SCPA Board, said in the release. “S.C. Ports looks forward to celebrating a 52-foot deep Charleston Harbor and the new Leatherman Terminal in 2021.”