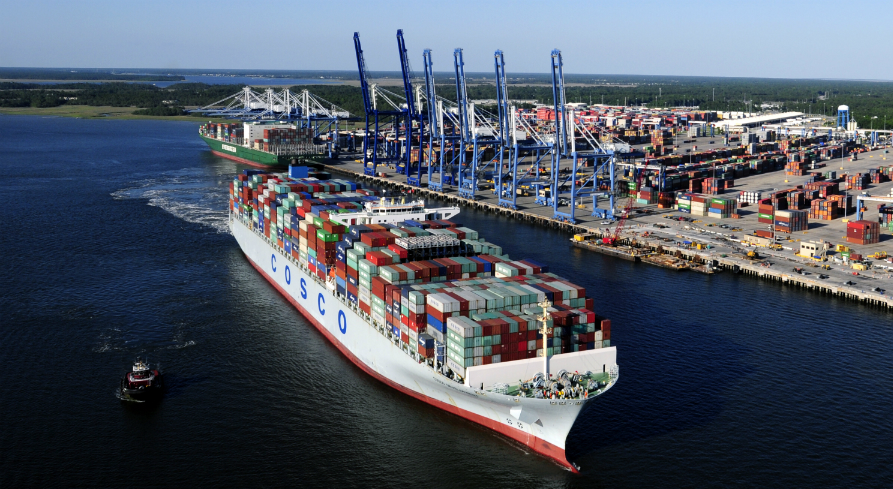 The Charleston Harbor deepening project was included in the president’s budget for the first time, providing federal dollars for dredging work.

President Donald Trump’s fiscal year 2020 budget set aside $138 million for more construction on the Charleston project. This federal money, if approved by Congress, will help fund more of the federal government’s share of the $558 million project costs.

Deepening work involves multiple contracts, with each one responsible for dredging a section of the harbor or a river to achieve more depth for larger cargo ships being deployed by ocean carriers. The eventual 52-foot depth will yield the deepest harbor on the East Coast, port officials have said.

“Federal funding at such a high level reflects the importance of our project to the nation and supports the continued progress of construction to 52 feet,” S.C. Ports Authority’s Board Chairman Bill Stern said in a statement.

Inclusion in the president's budget also makes the project eligible for congressional funding this year through the Energy and Water Appropriations Bill, the port said.

U.S. Sen. Lindsey Graham called the allocation “a major step forward,” noting that Congress will “now have the opportunity to appropriate the funds to ensure this project stays on track to completion.”

U.S. Rep. Jim Clyburn said, “While the president’s budget is dead on arrival, I will work on my side of the Capitol and with our delegation to ensure the final product contains adequate funding for the Charleston Harbor deepening project.”

Port officials said last year that they hoped to be included in the president’s budget after the Army Corps of Engineers recalculated the project’s benefit-to-cost ratio to a score of 6.4, based on the port’s cargo volume growth. Infrastructure projects across the country receive a score that can determine the likelihood of receiving federal dollars, said Barbara Melvin, the ports authority’s COO.

“I think it’s a commitment by this administration to complete the infrastructure that’s under construction,” Melvin said of the president’s budget allocation.

The next round of work on the harbor project involves dredging from the harbor up the Wando River to the Wando Welch Terminal in Mount Pleasant, deepening from 45 feet to 52 feet. The contract will likely be awarded in the first half of this year.

The federal government and the state share the cost of the deepening project. With current cost projections, enough money has been set aside, but expenses could fluctuate over the next several years amid rising construction costs. Additionally, there is no guarantee that Congress will greenlight the money Trump set aside.

The deepening project has secured $246 million so far from federal coffers, including this $138 million and $108 million of previously allocated money from the Army Corps of Engineers’ work plans.

The state allocated $350 million — $300 million was set aside in 2012 and $50 million came from a loan last year — to keep the project on track while waiting for federal money. Port officials expect to use some federal dollars to reimburse the state for additional spending.