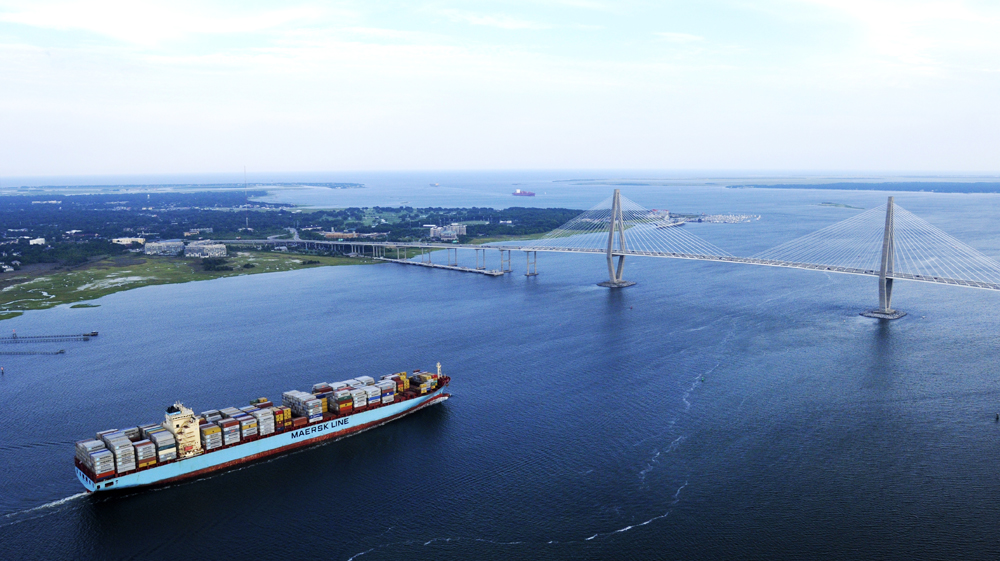 This federal allocation and a $50 million loan from the state enable the next dredging contract to be awarded.

The next step in the project will be deepening Charleston Harbor and the Wando River from 45 feet to 52 feet by 2021, creating more depth for containerships accessing the three-berth Wando Welch terminal in Mount Pleasant and allowing them to move at any time of day, not just during high tides.

SCPA President and CEO Jim Newsome said a deeper harbor also supports the movement of cargo for the Southeast’s population and manufacturing growth.

“The deepening of the Charleston Harbor is one of the most important strategic priorities for the state of South Carolina,” Newsome said in a news release. “The Southeast needs a 52-foot harbor to efficiently handle the large containerships now calling the East Coast. There are four other harbors on our coast at 50 feet of depth, and such large containerships call a network of ports.”

The S.C. Legislature set aside $300 million from the state in 2012 for the $529 million deepening project. That money went toward preliminary studies and the first two dredging contracts. Work began in February to begin deepening the harbor entrance channel to 54 feet.

The ports authority anticipated the remaining $270 million needed to come from federal coffers, particularly after the Trump administration emphasized the importance of states backing their own infrastructure projects to increase their chances of receiving federal dollars. Many states are competing for the same pool of money.

Port of Charleston officials have stressed the need for $90 million in federal funding each year over the next three years to stay on schedule and reach a 52-foot depth by 2020.

The inclusion of the Charleston project in the Army Corps’ 2018 work plan keeps the project moving forward.

“This funding is great news for continued construction activities and timely awarding of dredging contracts for the Charleston Harbor deepening project,” SCPA board chair Bill Stern said in the news release.

More federal money is needed for future contracts to deepen the harbor and the rivers leading up to container terminals, including a 52-foot depth in the Cooper River leading up to the future Hugh K. Leatherman Sr. Terminal and a 48-foot depth from there to the North Charleston Terminal.

The state helped fill in federal funding shortfalls this year. Newsome said he expects the federal government to eventually pay back the $50 million loan from the state.

The port has also been working on contingency funding plans to keep the project on track.

The port could use money from a $300 million bond issue or a $300 million federal loan for which it is applying under the Transportation Infrastructure Finance and Innovation Act. Newsome said the port would rather not use the funds for the harbor deepening project and instead for other infrastructure projects — such as avoiding a delay in opening the Leatherman terminal by 2021.