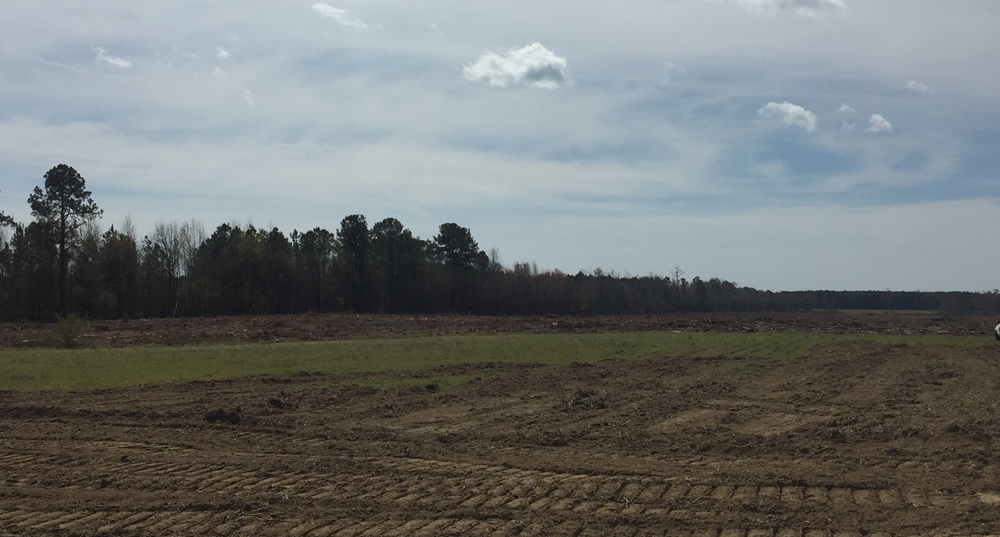 The ports authority broke ground Friday on the $40 million Dillon County project. The site will serve the Pee Dee and the Interstate 95 corridor; the port’s other inland facility, the nearly 4-year-old inland port in Greer, serves the Upstate near Interstates 26 and 85. 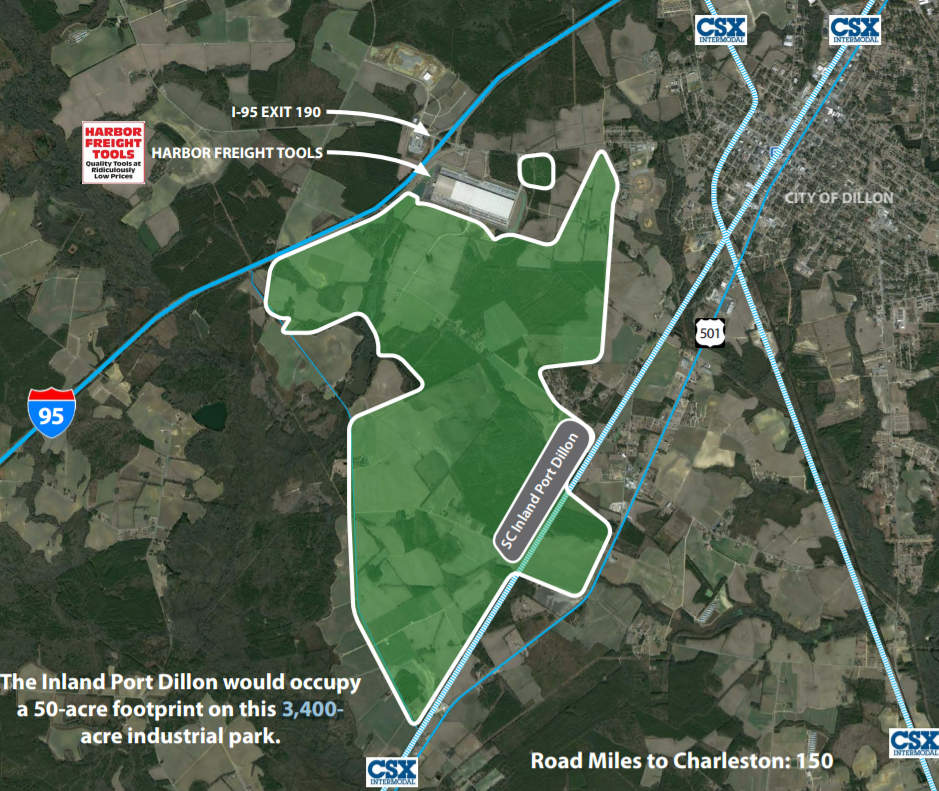 Inland ports operate much like marine port terminals, except the containers are loaded onto trains rather than ships. CSX will service the Dillon site, running overnight service to the Port of Charleston.

The inland port in Greer operates similarly, with Norfolk Southern railway running overnight service to the port from the Upstate.

Newsome said he hopes the operation will boost cargo volumes at the Port of Charleston, as well as remove more trucks from the highways and help attract economic development to Dillon County. He said the port’s development of infrastructure with railroads is “the most efficient way to move containerized freight.”

“It’s something that can serve the Carolinas. North Carolina and South Carolina together have about 18 million people,” Newsome said. “Import cargo goes where people live and export cargo comes from manufacturing sites, and we have a rich combination of both.”

Dillon County Administrator Rodney Berry said the county is already receiving calls from interested companies, and he expects mostly retail and distribution centers to cluster around the inland port. 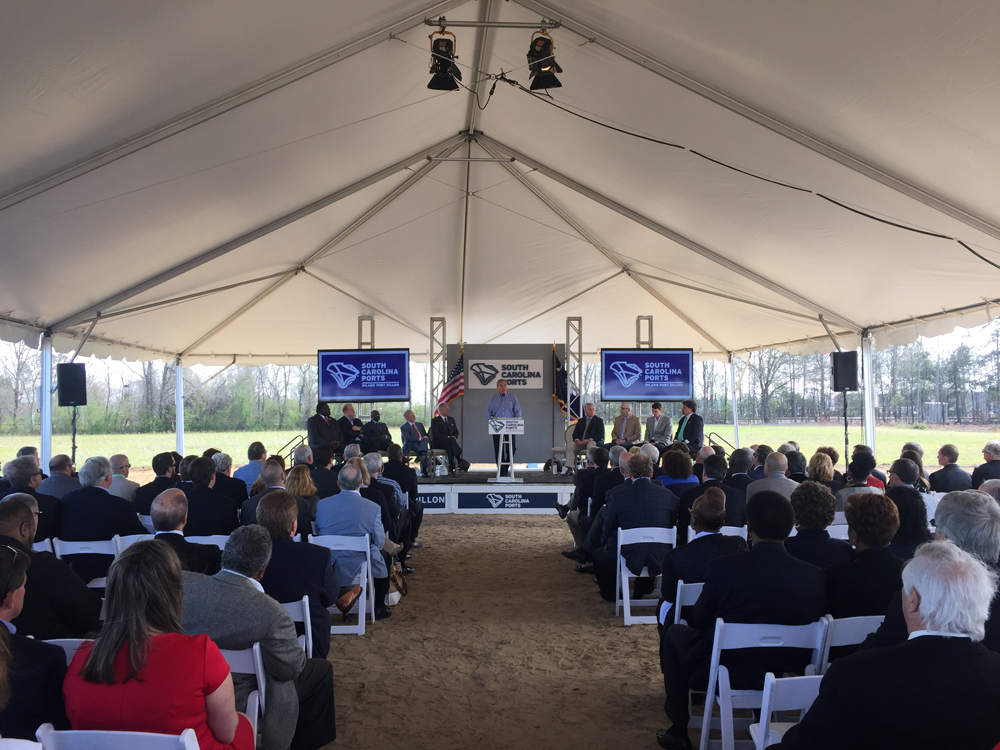 A steady cargo base is needed to create inland ports. Harbor Freight Tools, which operates a facility within the industrial park, will be the launch customer for the Dillon inland port. About 10,000 initial containers are expected from Harbor Freight, and about 45,000 containers are anticipated from companies overall during the first year of operation.

Newsome said he anticipates launching two more inland ports throughout the state. He declined to share which locations are under consideration.

Since the port announced the Dillon plans in April 2016, the initial design phase and permitting have been completed. Construction contracts will be awarded soon, with a slated opening of early 2018.

“This is a significant project for SCPA and our entire state,” ports authority Board Chairman Pat McKinney said in a news release. “Inland Port Dillon complements the port’s infrastructure investments in Charleston and will no doubt spur economic development activity both in the Pee Dee area and the surrounding region.”