Global port terminal rises from edges of the Cooper River

Thousands of tons of crushed, gray and white rock litter the landscape, stretching out for acres alongside the Cooper River in North Charleston. By the end of the decade, the rocks will become the foundation for the Port of Charleston’s newest container terminal.

Site preparation is well underway at the Hugh K. Leatherman Sr. Terminal. The piles of crushed rock cover one part of the terminal. A few egrets wade in partially filled tidal pools on the other portion of the muddy property. The Arthur Ravenel Jr. Bridge can be seen in the distance, beckoning containerships into Charleston Harbor.

In a few years, the land will be a flurry of activity as truck drivers drop off shipments, crane operators swing containers onto ships and longshoremen load and unload cargo from across the country and around the world.

The first phase of the S.C. State Ports Authority’s newest terminal, set to open in late 2019 or early 2020, will be built in three phases. The timeline depends on port growth and market demand. The Leatherman terminal will be able to handle three ships simultaneously when completed.

“When a project takes four to five years to build, the economy in the world, and even the political situations in the country, change during that process, so you have to adapt your design and your development to reflect that, and it’s hard when you have an 18- to 24-month lead time on those things,” said Jim Van Ness, the port’s director of engineering and permitting.

The Port of Charleston has envisioned a larger, more modern terminal on the former Charleston Naval Base for more than a decade. Plans to pursue it were drawn up in 2006, but the recession halted the project for years. The need for added capacity, and for the new site, has grown in recent years.

The widening of the Panama Canal, which was completed last summer, and the raising of the Bayonne Bridge between New Jersey and New York, which is slated to be finished in mid-2019, are expected to bring more and bigger ships to the East Coast, including to the Port of Charleston.

This shift has been the catalyst for Port CEO Jim Newsome’s main initiatives in recent years — to deepen the harbor to 52 feet; buy taller cranes or raise existing ones; and strengthen wharves at existing terminals. The construction of a new container terminal capable of handling post-Panamax ships is no exception.

“The main theme of the industry is that we are driven by big ships. ... I fully believe by the end of next year we will have two 14,000-TEU ship systems in this port,” Newsome said in his State of the Port address in September. “Big ships are the catalyst for port investment.”

Two other state-led projects are also underway in conjunction with the new terminal’s construction.

The Department of Transportation recently removed the Spruill Avenue exit ramp above Interstate 26 as one of many road rerouting projects to make way for the Port Access Road. The road will eventually be a direct connection between Interstate 26 and the new terminal.

And Palmetto Railways, an arm of the state Commerce Department, is preparing a 100-acre site on the former Navy base for the Intermodal Container Transfer Facility. The site, which sits about 1 mile from the terminal, will handle cargo containers headed for sea or rail.

All three projects are expected to open by the end of this decade, and they are all designed to boost cargo volumes and related economic development projects across the state.

“We have huge opportunities ahead of us,” Newsome said in the State of the Port. “There’s a lot of freight we can grow into carrying. ... We have to be innovative and creative to capture that freight.”

The first phase of terminal construction will include one ship berth, a container yard for cargo boxes, inbound and outbound gates for truck drivers and additional buildings for port operations, maintenance and refrigerated cargo, Van Ness said. He is heading the Leatherman terminal project and previously spent several years designing and building ports in Dubai. 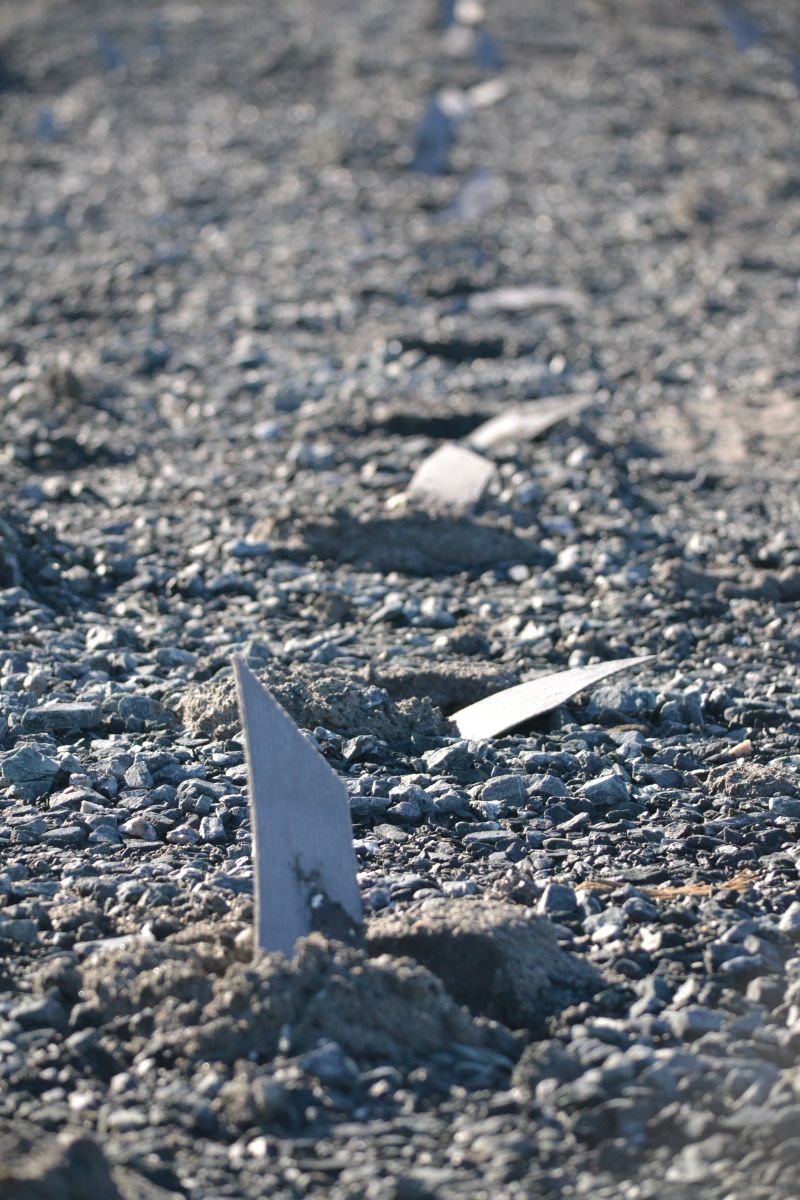 He said each of the three phases will add a berth, as well as more acreage for the container yard and additional facilities. The work ongoing now is solely site preparation.

The terminal is being built on part of the former Navy base and on the edges of the Cooper River. A three-sided containment wall extends out into the river. The pool of water that the wall has sectioned off is now being filled with rocks and sand to create more land. Much of Charleston’s peninsula was built in the same way.

Workers excavated and moved the clay and silt from the site to port-owned land on Daniel Island. Crews then dredged sand from the river and placed it on the site to forge a stronger foundation.

Resembling candles on a muddy birthday cake, 40-foot-long wick drains are being driven straight into the ground to pull water out of the clay and sand below. The wicks compress and solidify the ground, and rocks are placed on top.

With about 6,000 miles of wick drains being placed on the terminal site, Van Ness said, the project is one of the largest wick drain jobs in the country.

Four ships then bring about 65,000 tons of stone from a rock quarry in Newfoundland, Canada, on rotation. Cranes move the stones from the ship and spread them around, creating the terminal foundation.

The terminal area started out 10 feet below sea level. The project will be 22 feet above sea level before any concrete is poured or buildings are erected, Van Ness said. Bids for construction will occur later this year.

“This is development of the horizontal area,” he said. “This is the early work in which we fill the land, put concrete on the ground and then we go up. We will start going vertical in 2017. ... Once you build the structure itself, then you’ve got to bring it to life.”