The S.C. State Ports Authority’s headquarters property, which overlooks Charleston Harbor from the edge of the Charleston peninsula, fetched a sales price of $38 million. The sale closed this morning.

The site will be redeveloped into a luxury, waterfront hotel and the surrounding land will become an extension of Waterfront Park. The port plans to relocate its operations to Mount Pleasant in two years. 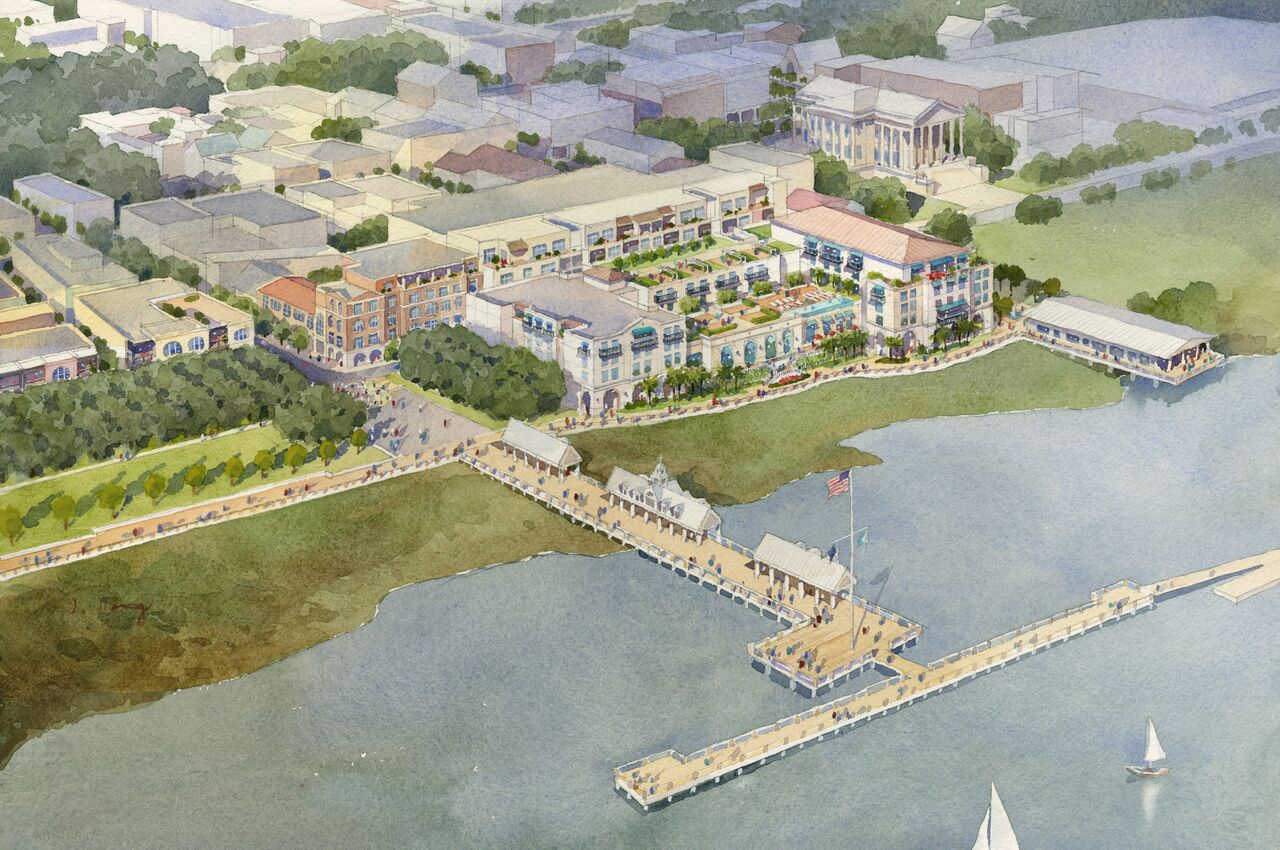 Lowe expects to break ground on the 225-room project in early 2019, with a hotel opening planned for 2021. Lowe is partnering with national real estate investment and development firm Third Palm Capital, the release said.

“We were attracted to this property because of its irreplaceable waterfront location and the strength of the Charleston hotel market,” said Dan Battista, Lowe Enterprise’s senior vice president of development in Charleston, in the release. “Lowe has been active in the Charleston community for over two decades. We look forward to continuing our longstanding connection with Charleston’s visitors and residents through the extension of Waterfront Park and the creation of a world-class waterfront hotel.”

Lowe entered into a contract with the port for the office property at 176 Concord St. in May. Lowe also acquired 186 Concord St., where Fleet Landing Restaurant & Bar sits, as part of the deal. The restaurant has a lease through 2024.

The 120-day due diligence and inspection period ended Dec. 9. The sales price became public after the State Fiscal Accountability Authority unanimously approved the sale during a special meeting called last week Thursday, said Neil Robinson, a Nexsen Pruet attorney representing the port. The port did not disclose the price while negotiations were ongoing.

The port plans to relocate its office operations to Mount Pleasant. Ports authority CEO Jim Newsome said he wants to consolidate operations and have employees work closer to port activities.

The port has requested that Lowe Enterprises lease the downtown site back to the authority for 24 months while the new headquarters is built. Money from the sale will pay for the new office, Newsome said. Any leftover revenue will go to port operations, such as buying new container cranes, Newsome said.

The port plans to build a 90,000-square-foot office on a 19.41-acre site adjacent to the Wando terminal, according to a filing (.pdf – ed. note: if the PDF is not immediately visible, scroll right to view first pages) with the U.S. Army Corps of Engineers, Charleston District.

The new Mount Pleasant office building will be four stories tall. The surrounding space would include green spaces, a walking trail, overflow parking and room for further development.

The work will involve filling 6.7 acres of wetlands; the port’s mitigation plan entails buying credits from either Pigeon Pond or Congaree Carton Mitigation Bank, which are both located in the same watershed as the port site, the filing said.

“This is an exciting time for the SCPA as we shift our focus now to the development of our new building which will bring us closer to our operations and all of our staff,” Newsome said in the release.