The Port of Charleston made a step forward in preparing for the era of bigger ships when two, 155-foot tall cranes arrived Friday evening at Charleston Harbor.

The new cranes extend 40-feet higher than the existing cranes at the port, enabling workers to handle ships capable of carrying 14,000 twenty-foot-equivalent containers.

Port officials say bigger cranes are needed now to prepare for the anticipated ship calls following the recent expansion of the Panama Canal. Larger vessels enable containers to be stacked higher than before, requiring taller cranes to reach the cargo boxes. 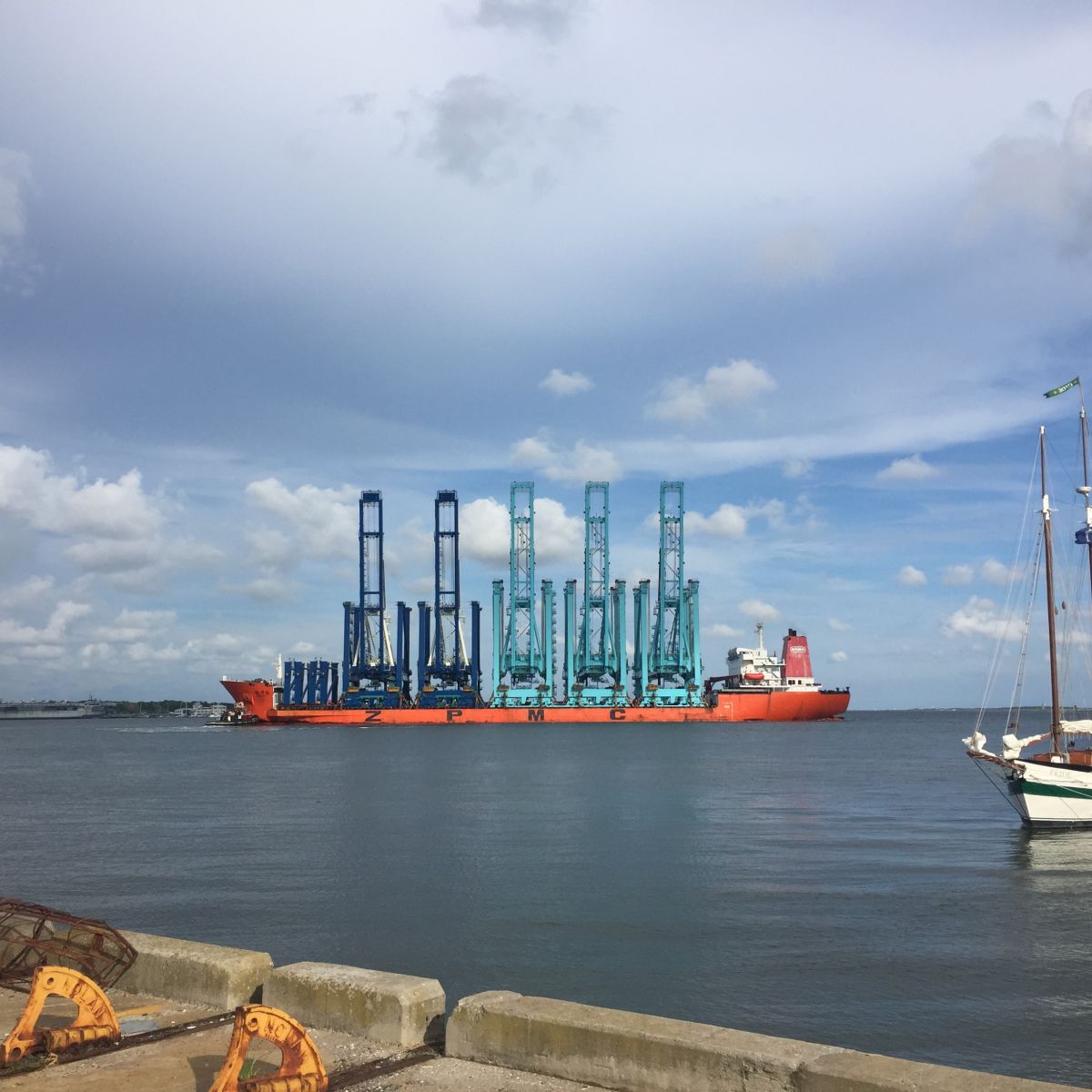 “The last cranes we bought were in 2007, so this is a big deal for us. ... We need them really urgently to handle the big containerships,” S.C. State Ports Authority President and CEO Jim Newsome said. “We’re in a situation right now where 16 out of our 26 containership calls are 8,000-TEU ships.”

The cranes were transported from China to Charleston on the ZHEN HUA 14 vessel, along with three cranes destined for the port in Jacksonville, Fla.

The Charleston cranes arrived at the Columbus Street Terminal partially disassembled, which was required to fit under the Arthur Ravenel Jr. Bridge, Stresemann said. The cranes were taken apart further over the weekend.

The ship will move the cranes across the harbor to the Wando Welch Terminal in Mount Pleasant over the next two days to be fully unloaded.

Over the next few months, the cranes will be reassembled at Wando. They are expected to be functional by Nov. 3. Through October, Charleston-area third- through fifth-grade students can submit entries to name the cranes.

The two new post-Panamax cranes will make a total of 10 cranes at the Wando terminal. The ports authority also has invested $44 million to strength the Wando Welch Terminal’s wharf to handle the wear and tear of bigger ships bumping into it. This work should be completed in January 2018, Newsome said.

The Wando terminal will eventually have eight cranes with 155-foot lift off the ground. Two additional cranes from Zhenhua will be delivered in December 2017 for use at the Wando terminal, and four existing cranes will be raised by cutting the crane legs and adding 40-foot sections, Newsome said.

Massive cranes arrive at Port of Charleston from Charleston Business Journal on Vimeo.