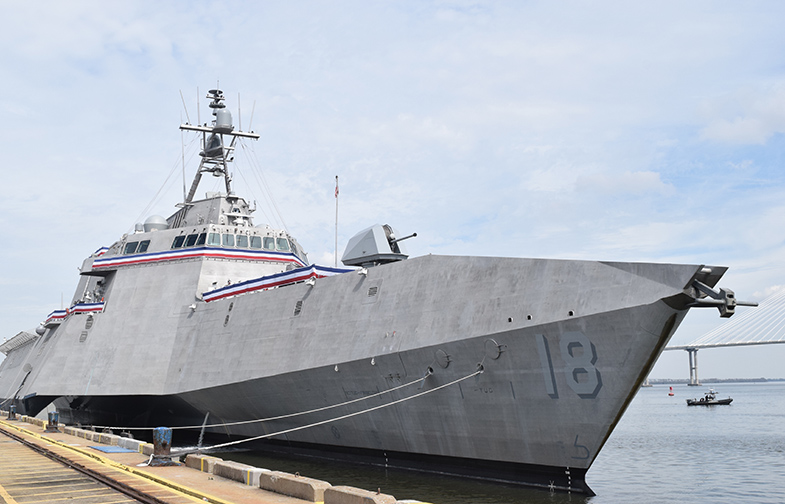 The future USS Charleston is 425 feet long by 105 feet wide, weighing between 2,900 and 3,400 metric tons depending on the ship’s load. (Photos/Patrick Hoff) Click arrows to advance photos. 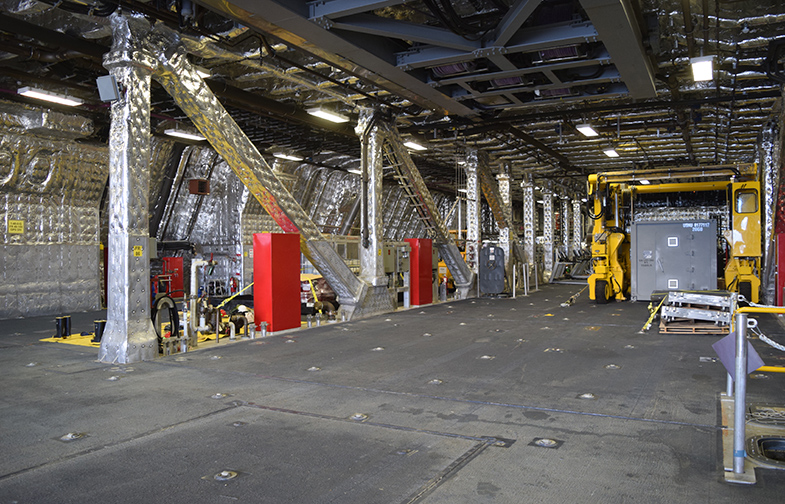 The mission bay of the ship has the ability to be multi-configurable. The USS Charleston will initially be configured for mine warfare but will be able to take on other missions if necessary. 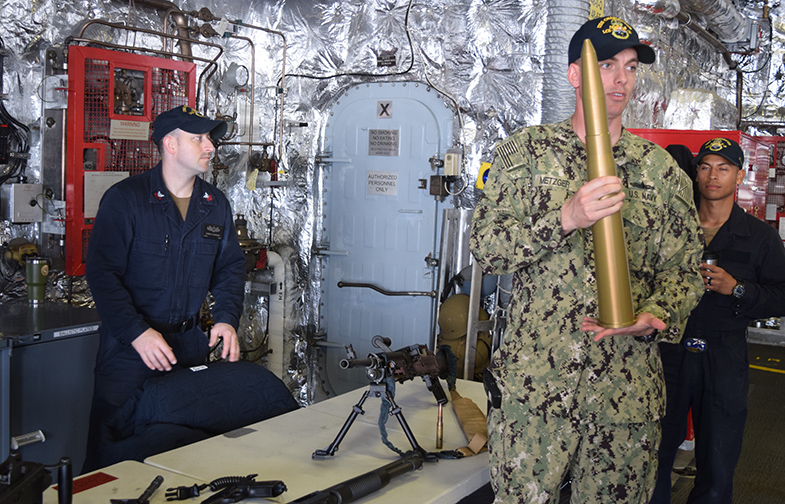 Lt. Roman Metzger holds a round for one of the ship’s guns, which would be used against larger boats and aircraft. The ship also has smaller mounted guns to deter and defend from smaller vessels. 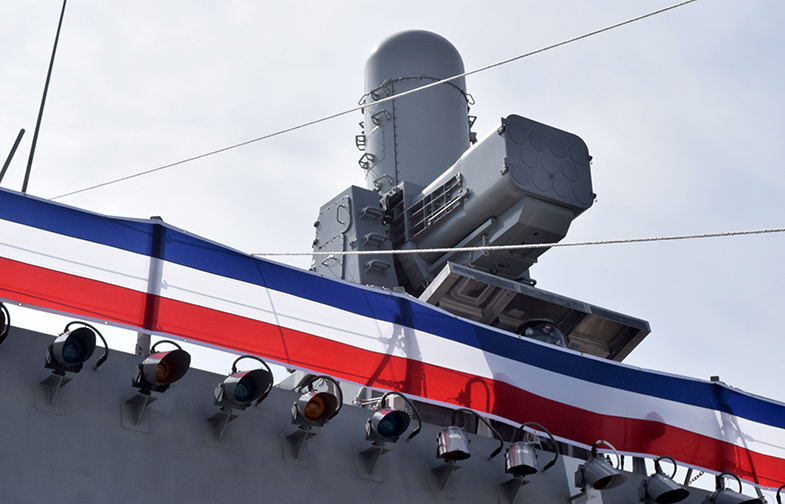 The SeaRAM missile launcher is an air defense weapon. A built-in radar picks up incoming contact and automatically turns and fires a missile at the incoming projectile. 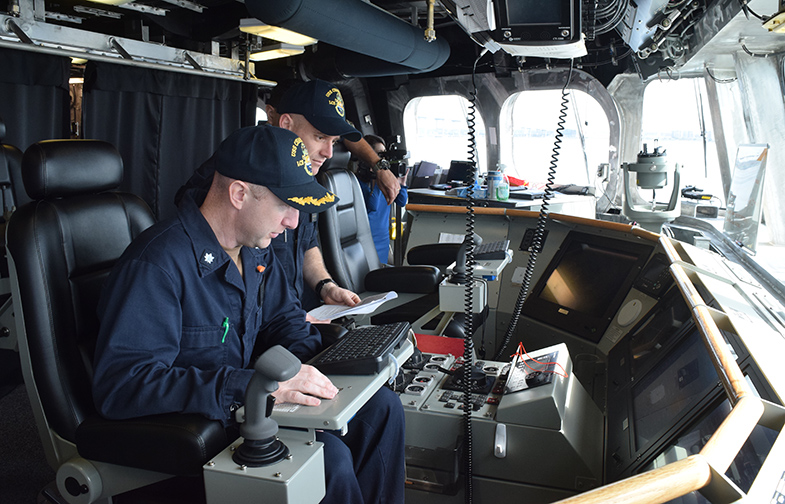 Crew members learn to drive the ship at a month-long school in Newport, R.I. The USS Charleston records everything being said on the bridge instead of using a deck log. 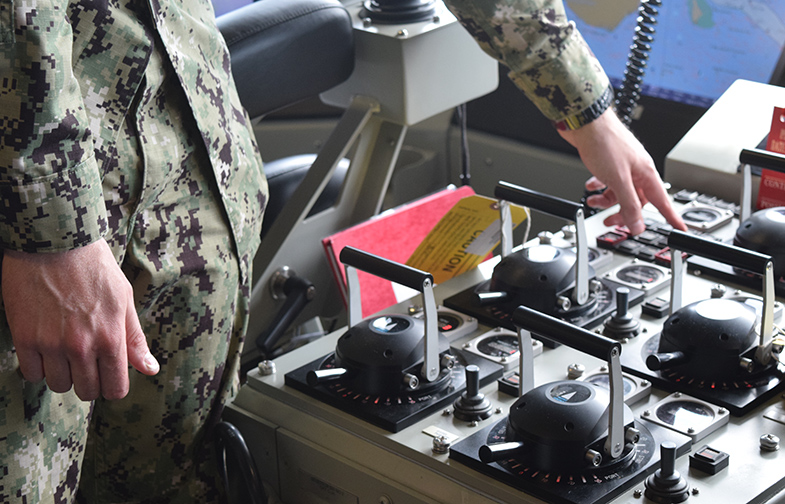 The ship has four different steering modes depending on how its four engines are linked. Four-linked, referred to as 4L, is the typical steering mode and links the engines together. 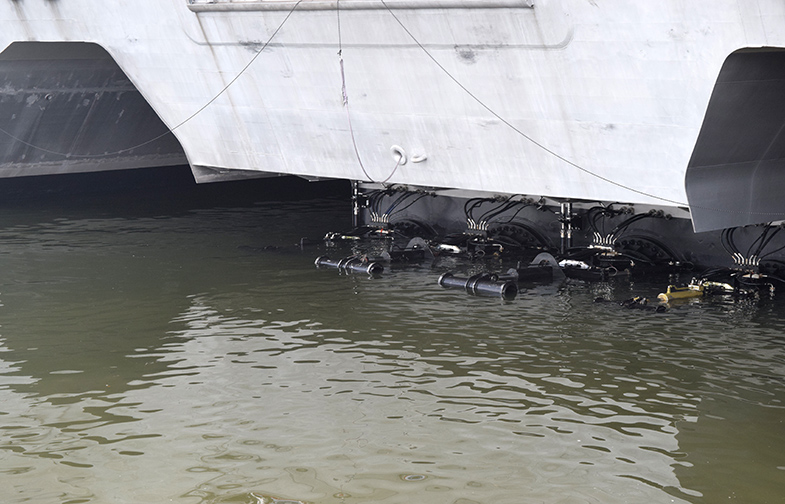 Instead of screws and propellers, the USS Charleston’s four engines powered by diesel and gas propulsion, each with its own water jet. 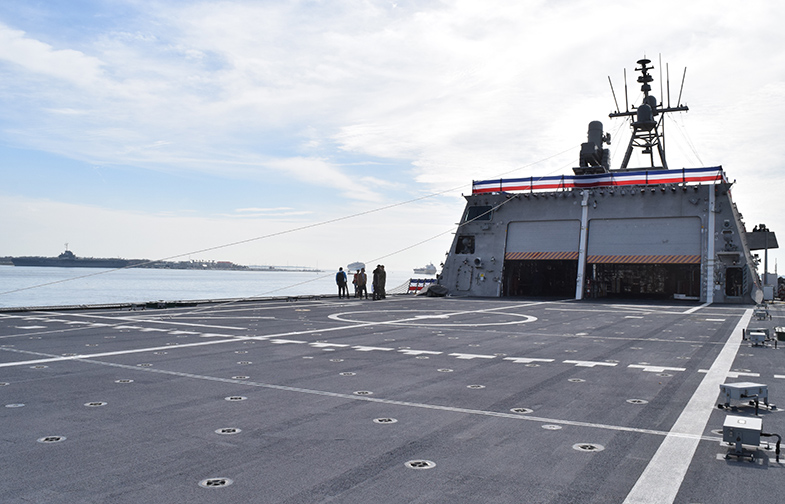 The ship has one of the largest flight decks of a small combat ship in the Navy, able to land an Osprey and anything smaller, including pretty much every helicopter in the military.

The first thing you notice when you board the future USS Charleston is the new ship smell, a scent reminiscent of that which accompanies a new car.

That’s about where the similarities stop between the Navy’s newest Independence-variant littoral combat ship and your 2019 Volvo S60.

The future USS Charleston, which will officially receive its name at its commissioning on Saturday, will be configured primarily for mine warfare, which means detecting and destroying mines. The ship can also transport cargo and its mission bay has space to maintain and clean other vehicles.

The ship has a crew of 74 people, which is smaller than that of a similarly-sized destroyer, which typically has a crew of approximately 320. Lt. Roman Metzger, weapons officer on the ship, said the small crew sometimes presents challenges, but a lot of functions of the ship rely on automation and every person has to wash their own dishes.

Metzger said the littoral combat ships are meant as the Navy’s “cost-saving” option.

“The biggest cost in the military is personnel and equipment,” Metzger said. “So we can build five of these and man four of them for the same cost” as a destroyer.

Building a destroyer costs about $2.1 billion, while a littoral combat ship costs $440 million.

None of the crew are from the Palmetto State, to the disappointment of commanding officer Cmdr. Christopher Brusca.

“My initial hope was that the first watch that we set on the ship would be full of people from South Carolina, and unfortunately I don’t have any,” Brusca said. He added that the closest crew member comes from North Carolina.

Unlike other ships, the future USS Charleston doesn’t have screws and propellers to guide it through the water. Instead, it has four engines powered by gas turbines and diesel engines, each with its own water jet.

“This is like a giant Jet Ski, for lack of a better term,” Metzger said. “The only difference is that a Jet Ski’s propulsion is straight out. We can change ours through a bucket system. Therefore, we can move forward and backward, any direction we want forward and backward.”

The future USS Charleston is both agile, able to get closer to shore than most other Navy vessels, and fast, with top speeds of over 40 knots (about 46 miles per hour).

“For people that are driving their vehicles at that speed, it probably doesn’t feel fast, but trust me, when you’re on the water, that’s flying through the water,” Brusca said.

Metzger said it’s also easy to lose track of how fast the ship is going when driving.

This will be the sixth Navy ship to bear the name Charleston. The first ship to bear the name was a row galley that defended the South Carolina coast during the Quasi-War with France. The second Charleston was a protected cruiser that received the surrender of Guam during the Spanish-American War. The third was a St. Louis-class protected cruiser that performed escort and troop transport during World War I. The next was an Erie-class patrol gunboat that earned the Asiatic-Pacific Campaign medal with one battle star for service in the northern Pacific during World War II. The fifth Charleston was an amphibious cargo ship that served during the Vietnam War.

The future USS Charleston, currently sitting at the Columbus Street Terminal, will be homeported in San Diego.