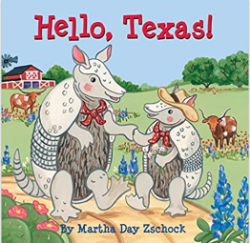 The history and local interest publisher in Mount Pleasant has acquired Commonwealth Editions, a regional publisher of adult and children’s books.

Commonwealth is an imprint of Applewood Books, of Carlisle, Mass., with more than 300 titles, an Arcadia news release said.

“Commonwealth’s deep roots in New England and rich backlist are what initially drew our attention,” said Arcadia CEO Brittain Phillips in the release. “Plus, Arcadia children’s books is a key focus of our growth strategy, and Commonwealth’s children’s program meshes perfectly with our goal to bring in new local titles, series and collections for kids.”

While Applewood Books will continue to handle sales and distribution of Commonwealth Edition titles for now, the release said, the catalog will merge with Arcadia’s adult and children’s divisions now.

Commonwealth Editions was founded in 1998 by Webster and Katie Bull and acquired by Applewood in 2010.

“I have always admired the deep distribution into local markets that Arcadia has built over the last 25 years,” he said in the release. “With Commonwealth’s emphasis on place, Arcadia will bring even more success to the Commonwealth authors and their amazing books.

Arcadia Children’s Books division was created in 2019 under Nancy Ellwood. The publishing director said she looks forward to leading Commonwealth into this new chapter, while also broadening Arcadia’s backlist and the genres it publishes.

“Commonwealth shares our love for and celebration of place, home, family and adventure, and they do so with creative, innovative and immensely talented authors and artists,” she said in the release.

Arcadia has more than 17,000 local titles in its catalog and publishes 500 new books each year. Additional imprints under the company include Pelican Publishing Co., a 100-year old independent press based in New Orleans, and Wildsam Publishing, which prints travel and literature guides.