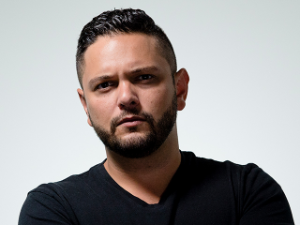 A Charleston-based political campaign and digital marketing agency has named the company’s president to the role of managing partner, the company said in a news release.

Push Digital, which has offices in Charleston, Columbia and Oxford, Miss., has named Phil Vangelakos managing partner. Vangelakos has been serving as president of Push since 2019 after joining the company in 2016.

Vangelakos led the digital strategy for U.S. Senator Lindsey Graham in 2020, which was a hotly contested race for the incumbent. Along with serving as a campaign manager and political consultant, Vangelakos has led communications strategies for clients such as the American Chemistry Council, Seaworld and the University of Florida.

Before joining Push, Vangelakos was vice president of the digital division at the Stoneridge Group. He also founded a digital consulting company focused on Republican political candidates and committees in 2009 called Brushfire Digital.

“I’m honored to join the partnership group at the best digital strategy and communications in the country,” Vangelakos said in a news release. “The Push team is made up of the most talented, dedicated and creative people I’ve ever worked with, and I appreciate the opportunity Wesley and Scott are giving me to expand my leadership role with this team.”

The company said Vangelakos has experience as a political strategist who leverages technology; traditional and social media; strategic communications, branding and research for clients.

“Phil is already hugely responsible for the success and growth of Push Digital over the past five years, and he is the right leader to help us continue to grow and serve our clients even better,” said Push founder and CEO Wesley Donehue in a statement. “His leadership and enthusiasm are exactly what we mean when we say we are a company built on ‘positive vibes.’”