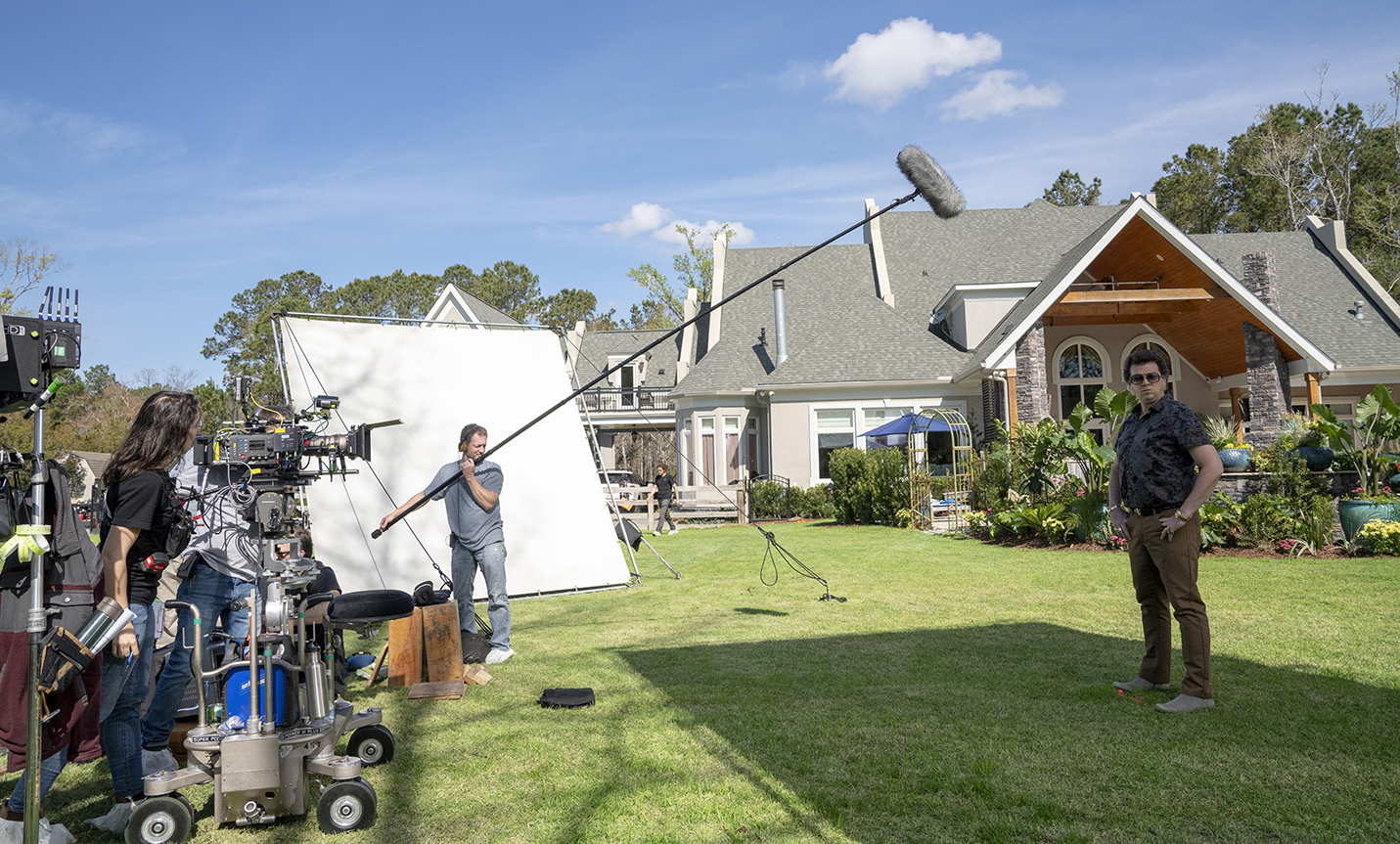 The turning point in Jaws, the 1975 blockbuster about a megashark terrorizing a small island, came with an ad-libbed line of dialogue from one of the actors.

Leading up to the moment the main characters hunt the ocean for the great white, trying to capture or kill the beast, they’ve researched the big fish, tracked it, enticed it close enough to their vessel.

Only when the creature’s head pops out of the water does Roy Scheider utter one of the most memorable lines in cinema, “You’re gonna need a bigger boat.”

Without one, the game slips away.

South Carolina’s film industry is similarly floating along like the fishing vessel in Jaws. It’s reeling in dozens of productions annually with its crew, scenery and film commission. It expects even more in 2021 as the film industry explodes out of the pandemic looking to fill a year of backlogged productions.

But with two productions filming here already, South Carolina’s boat isn’t big enough to reel in any more. Its ship is more like a two-person kayak that’s already full. 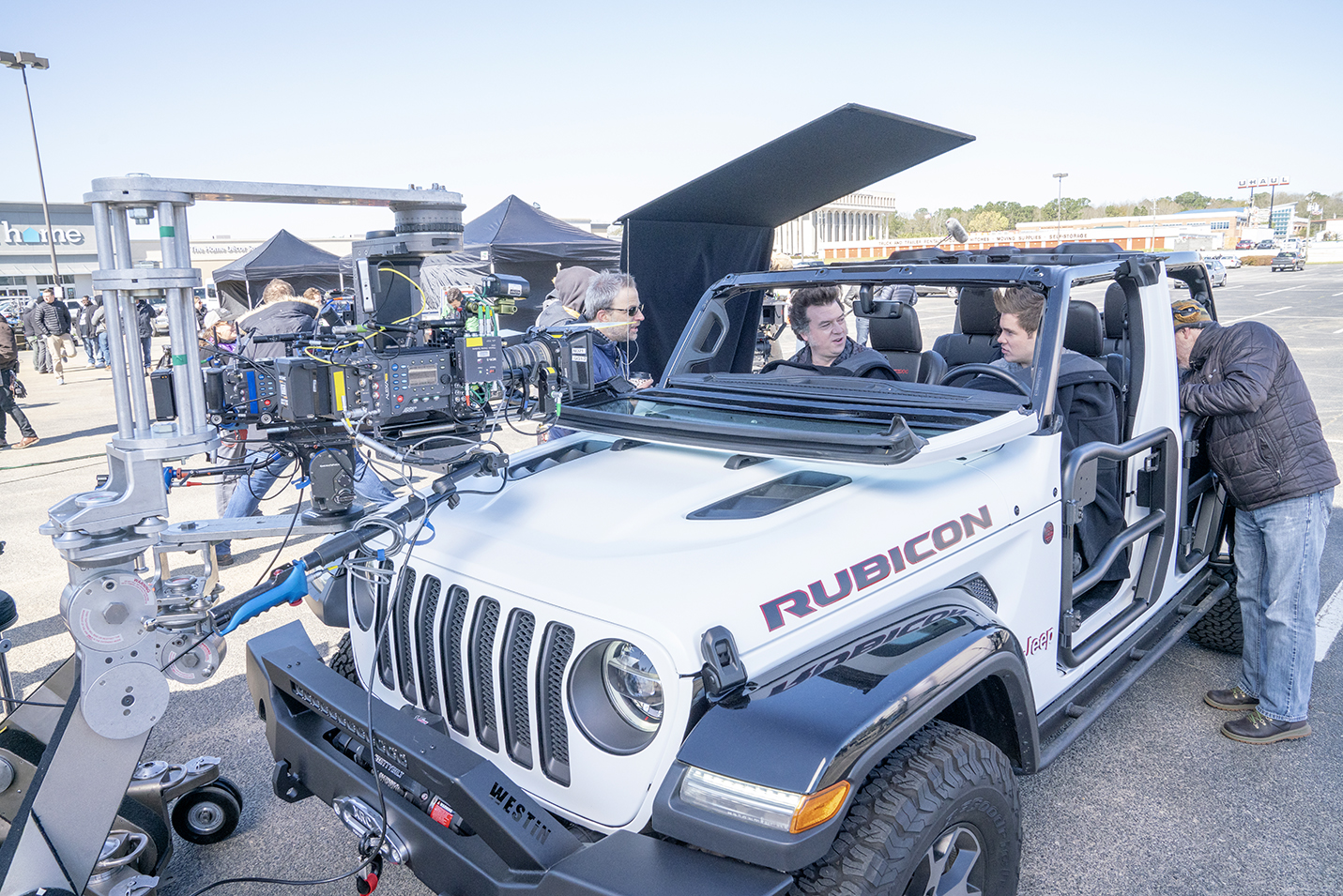 Over the last decade, South Carolina has had to turn away more than $482 million in direct spend because of the size of the state’s movie incentive budget. That’s equivalent to the cost to build Volvo Cars’ Berkeley County plant that produces 100,000 vehicles a year.

South Carolina is one of more than 30 states that offers incentives to studios, whether tax credits or cash rebates, to film in their states. Productions earn cash back when they spend a minimum of $1 million in the Palmetto State — be it through crew, extras, actors or vendors. The system offers a 20% return on out-of-state wages, 25% on out-of-state suppliers, 25% on in-state wages and 30% on in-state supplies.

In comparison, North Carolina offers $31 million and Louisiana about $181 million per fiscal year. Georgia offers an uncapped tax credit.
Once Netflix finishes filming its TV series Outer Banks and HBO wraps up The Righteous Gemstones with Danny McBride, South Carolina’s budget is depleted, state location scout Linda Lee said. In fact, the fund is about $3 million short of the total it owes back to the studios.

Had South Carolina more money to offer, HBO would bring a lot more productions to the state, said Jay Roewe, senior vice president of production and incentives for HBO/Warner Media.

“The incentive is a very important component of production that allows us to keep filming somewhere,” he said. “Given the success we have had in South Carolina, more shows would be filming there.”

The fact that the budget runs out year after year is a strong deterrent to HBO, and many other studios looking to bring their business to the region.
Matt Storm, project manager with the S.C. Film Commission, said he regularly gets calls from studios interested in filming here, but it turns to radio silence if there are no more incentives.

“I send the packages to studios, but when we’re out of money, I never hear from them again,” he said.

At least 80% to 90% of HBO’s shows have one film incentive or another, the premium channel said.

While the studio doesn’t necessarily shoot where it’s cheapest, Roewe said HBO seeks to partner with places that are supportive from a creation and production standpoint and feels strongly about South Carolina’s industry.

“If the incentive were to increase, we would look to South Carolina to bring even more productions,” Roewe said.

A time to refill

Movie incentives in the U.S. date back to the 1990s. States like Georgia, Louisiana and Pennsylvania lured studios from California and Canada to their states with a financial motivation.

South Carolina jumped on board in 2005. 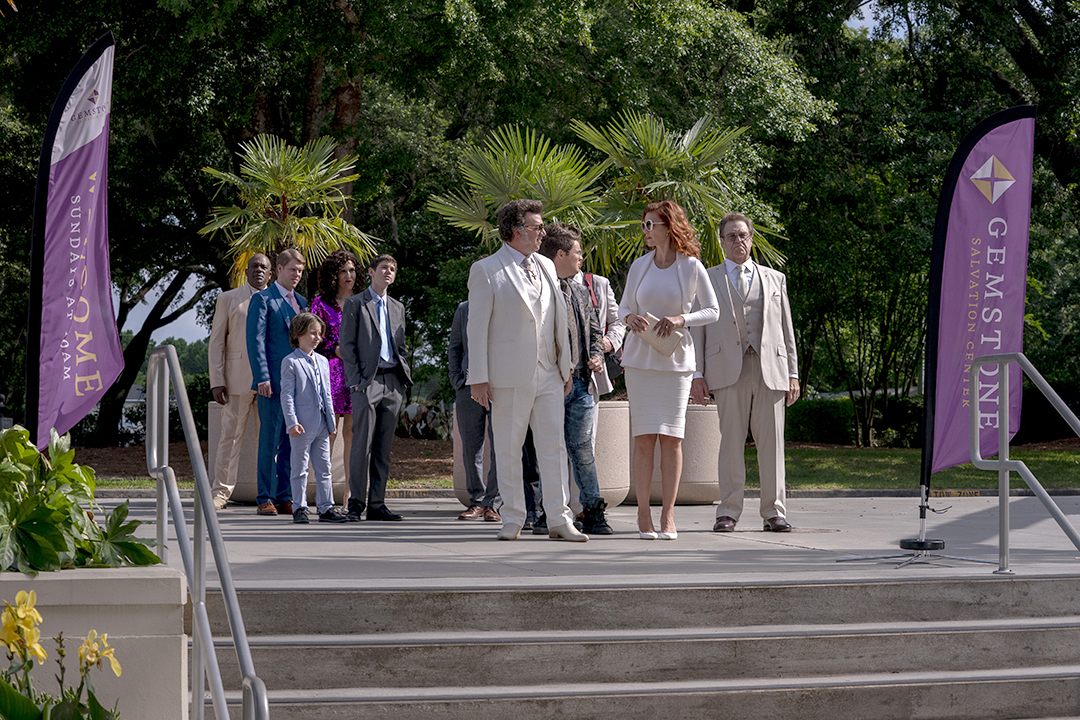 The state’s rebate is comprised of a $10 million annual allocation from the state’s general fund plus 26% of the state’s admission taxes, or around $6 million. Combined, the funding is used to rebate studios for their supplier and crew costs.

Studios get cash back within 45 days of submitting receipts, a bonus for smaller production companies that can immediately turn around and use the money for post-production expenses.

“We have good incentives the way they’re broken down,” Lee said. “A lot of people want to come here, but can’t because we don’t have enough money.”

Without money for anything other than Outer Banks and Righteous Gemstones, the state turned away 29 film projects in 2019 and denied another 15 in 2020, the S.C. Film Commission said.

Already industry members fear for next year with admissions tax funds nearly halved by the pandemic. The $24.4 million collected between February 2020 and January 2021 was a 41.9% decrease year-over-year, the S.C. Department of Revenue said.

This year is an inopportune time to have less money as studios all over are scrambling to double their production loads.

“When the COVID virus hit us, we shut everything down. Now as we come up with testing and protocols, not only did we have to restart those shows, but all those scheduled in 2021,” Roewe said. “If anything we are at production levels that are higher pre-COVID.”

Studios are also finding they need even more money to finish out 2020 shows with additional safety measures, like protective equipment and full-time medical staff. The Righteous Gemstones has 16 new staff members, Lee said.

All the studios are chasing after the same incentive money.

In response, state legislatures and film trade groups around the country are pushing for bills to increase film incentive budgets. That includes South Carolina.

“It takes every penny the film commission has to support those two shows throughout the entire time that they’re here,” Lee said.

The Carolina Film Alliance also is vying for a one-time earmark of $10 million that would help make up this past year’s lack of admission taxes. Even Pennsylvania, which offers $70 million in tax credits, runs out of incentive money each year, Executive Director of the Philadelphia Film Office Sharon Pinkenson said.

The state was the first to get a tax credit program and is divided into two film commissions: Philadelphia and Pittsburgh.

Every year, Pennsylvania film commissions ask the state legislature for more money. This year, they’re asking for $125 million, and Pinkenson said Pennsylvania has the business to warrant the 79% increase in incentives.

Last fiscal year, which began July 1, all the film incentive money was spoken for the minute the budget was passed, Pinkenson said, adding, “And it’s going to be that way too this year unless we get an increase.”

“We do everything. We’re there to encourage our filmmakers to work here and stay here,” she said.

Film incentives across the U.S. 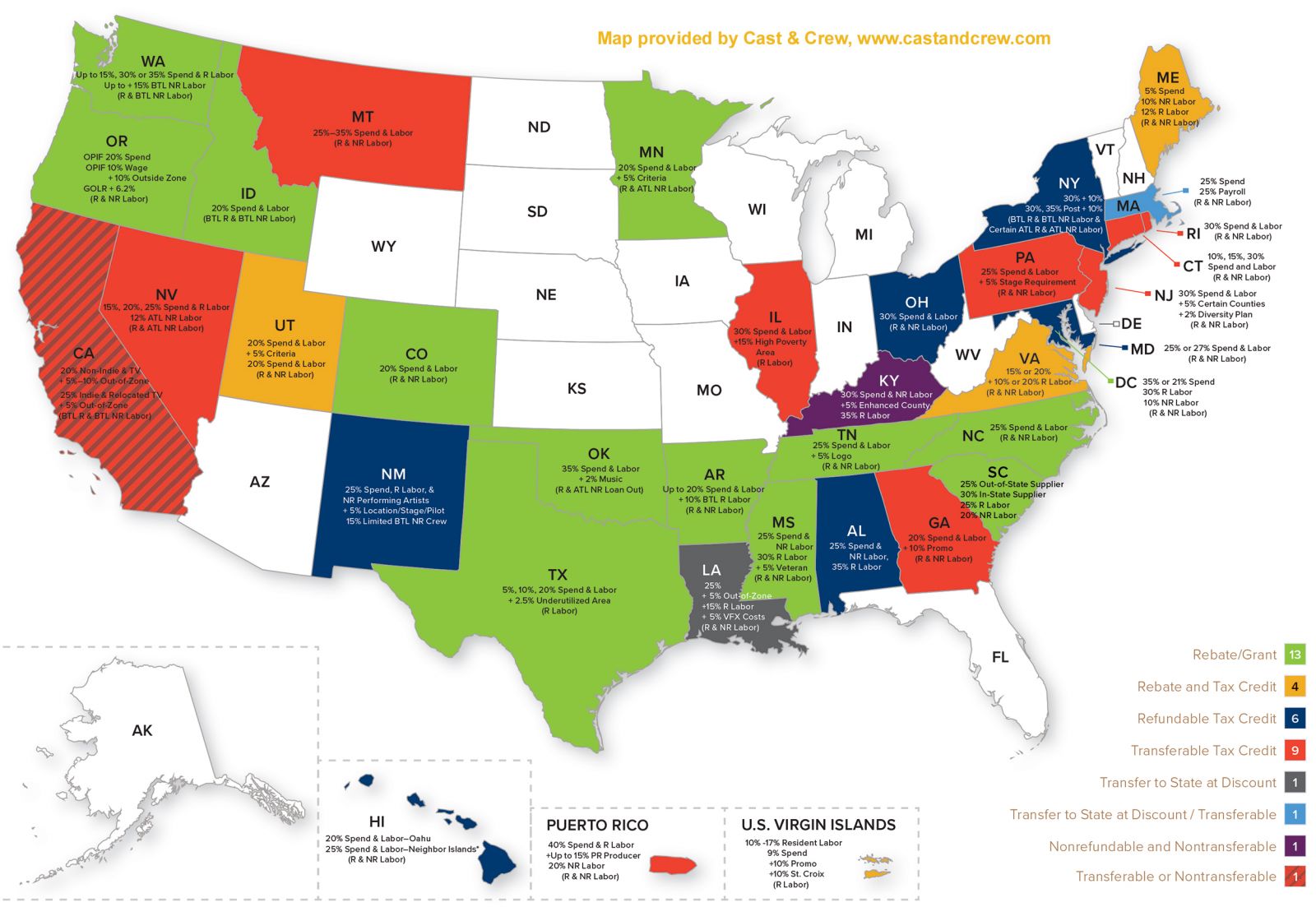 Dan Rogers, project manager for the S.C. Film Commission, explains that the incentive program is a grant that his team manages. The Department of Revenue then performs the progressive audits.

“We know every dollar spent here and what we are rebating on,” Rogers said.

While many states offer an incentive of some sort, the type, funding cap and qualifications vary. South Carolina, North Carolina and Louisiana offer rebates, while Georgia, like Pennsylvania, offers a tax credit.

Georgia has an uncapped transferable tax credit on 20% of a studio’s spend and labor.

After a production wraps in the Peach State, studios can sell their tax credits to a state-based company like Georgia Pacific, Gulf Stream or Coca Cola for around 90 cents on the dollar.

In 2016, the state granted a combined $655 million in tax credits to 450 productions, according to a January 2020 report by the Georgia Department of Audits and Accounts Performance Audit Division.

While Georgia is a big enough state to handle the amount, the downside is the state never knows when those credits will be turned in, leaving the state in the lurch for millions, S.C. Department of Parks, Recreation and Tourism Duane Parrish said.

“Georgia Pacific or Coca Cola can send a voucher in for $10 million this year, and Georgia doesn’t get that money now,” he said. “Really, on an annual basis, they don’t know how many tax credit submissions they’ll receive.”

The Peach State had almost $300 million in outstanding tax credits as of 2020, according to state auditors.

While South Carolina’s rebate system is much smaller, Parrish said the originators believed it was better for taxpayers. By budgeting a specific amount for the film industry, South Carolina would know each year exactly how much taxpayers are on the hook for.

Though Parrish and Lee both said there has been discussions about switching South Carolina to the tax credit system, the conversations always tend to stall.

Incentives can make or break a studio’s decision on where a production will be filmed.

In 2008, McBride and his team filmed their HBO series Eastbound & Down in North Carolina, but when the state’s incentives program became “severely compromised,” Roewe said, a number of productions left the state. That included HBO, which pulled out three productions at the time.

“South Carolina really got onto our radar at that point and time,” he said.

Since then, HBO has filmed two seasons of Vice Principals in the Lowcountry, and the studio is currently shooting the second season of Righteous Gemstones in the old Sears department store at The Citadel Mall.

During that time, McBride moved his company to Mount Pleasant, where he and his colleagues settled with their families.

Roewe said Righteous Gemstones “unequivocally is one of our favorite shows and one of our most successful comedies,” and he’s incredibly proud to partner with South Carolina — especially given the scope and scale of productions it shoots these days.

Brandon James, president of production and development at Rough House Pictures, said the Rough House team has always gravitated toward the Charleston region for its beauty and downtown scene, its proximity to industry hubs in Atlanta and Wilmington, and for a better way of life for their families who previously lived in Los Angeles.

“We always thought, if we could live and work in Charleston, how awesome would that be?” James said.

“We also don’t want to be the only kids in town. We want to be able to do more,” he said.

Ideally, he’d like to see the state’s incentive increase to $50 million, or at least match North Carolina’s budget, because he knows other shows would flock to the state.

He also knows Rough House could bring a lot more business to the area if the state had the means to support it.

Rough House, which produced a 2018 Halloween remake in South Carolina, had always intended to shoot the next Halloween film here. But with rebates running dry, executives insisted on taking their business to Wilmington.

“At the end of the day it’s ultimately not our decision. We always want to do everything around our home, but we’re not the ones actually financing the film,” he said.

Rough House has even more movie projects they want to develop in South Carolina, but James said again, studios control where movies are made and investors follow the rebates.

Given HBO’s success in South Carolina, Roewe said there’d be a lot more opportunities if the state stepped up its budget.

“I think it’s a unique year for people and a unique opportunity if South Carolina were to increase their incentives. More production will come to South Carolina,” Roewe said. “There’s no question in my mind.”