Eleven area leaders, business executives and entrepreneurs shared insights recently during a Power Breakfast event held by the Business Journal. Below are some highlights from each one. 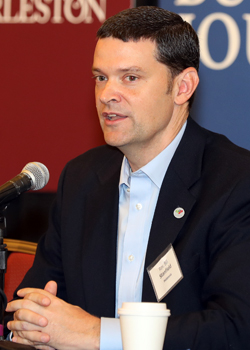 The Rev. Bill Stanfield shared the distinction between “second work” ­­— a job or duty ­— and “first work” — personal time taken each day to reflect and be present. Stanfield, CEO of the North Charleston-based nonprofit Metanoia, advised to make time for “first work.”

For Stanfield, this means spending about 30 minutes each morning praying and meditating. He said his second work “isn’t nearly as good as it could be without taking time for that first work.”

“First work begins with what you do inside yourself,” Stanfield said. “It begins with the time you take to build yourself up, to train yourself, to center down. To build a sort of center of gravity within yourself, so that whatever you do going forward is really important and you can do it from a better space. Nobody ever asks me throughout my second work: Did you do your first work this morning? But I know whether I did or not, based on how the day has gone.” 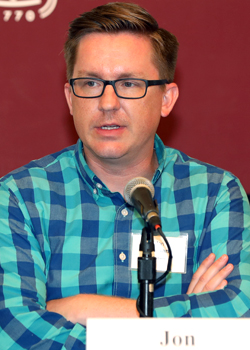 Jon Yarian, founder of the creative agency Outline, said his agency is not in the business of making brands look better than they are or making them be something they are not.

“We are very involved in the authenticity business,” he said. “I say that not as a moral or ethical argument, but because we know that to be what works.”

Yarian challenged businesses and professionals to push authenticity in all that they do in work and beyond.

“You’re not really fooling anybody, at least not for very long,” Yarian said. “Your behavior tells the truth about what you’re up to and the difference you will make. The value of your product or service becomes evident pretty quickly. ... So in your organizations, in your leadership, in your performance of yourself, I would encourage authenticity. Embrace who you are. Reveal it. Say what you actually think. ... Just be real.” 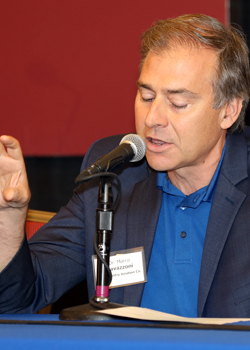 Marco Cavazzoni, a former Boeing Co. executive who launched the Lowcountry Aviation Co. in Walterboro, shared 11 pieces of advice. Below are some of them: 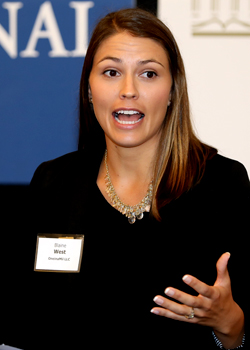 “Are you a good boss? Are you proud of yourself? Would you like to work for you? How would the last waitress who took your order describe you?”

These are among the questions Blaine West, the recruitment operations manager at OneinaMil LLC, a Charleston-based recruiting firm, said employees and business leaders should ask of themselves and write down.

“Evaluate if you’re actually doing business that way and if you’re operating day to day through those values,” West said.

“Investing in your employees’ well-being, in the long run, will give you much greater return as a company,” West said. 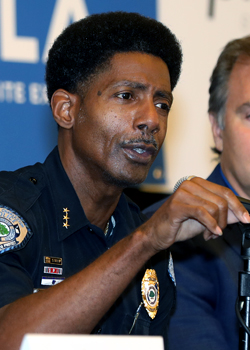 North Charleston Police Chief Reggie Burgess said the biggest challenges and controversies he has faced as an officer have taught him invaluable lessons.

In 2015, when Walter Scott was shot and killed by Officer Michael Slager, controversy and crisis erupted. North Charleston was thrust into the national spotlight.

Burgess said he learned from examples throughout history, particularly during the civil rights movement, that he should allow and assist protesters coming into the city. He credited that tactic with preventing riots and violence.

“In law enforcement, you have to understand this, and as an individual, you’re going to have times of comfort and convenience. ... You have another thing, too: crisis and controversy. We had to deal with that in 2015. One of the keys things I’ve learned ... even if you don’t like protesting, everyone has a constitutional right to protest. ... Controversy and discomfort are coming along as well, and you’ve got to be able to deal with both.” 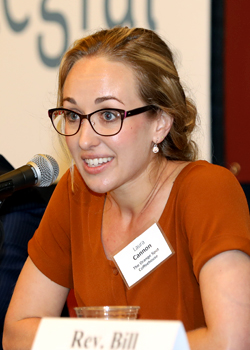 Laura Cannon, co-owner of Orange Spot Coffee in Park Circle, said her studies in the Master of Fine Arts program in creative writing at the College of Charleston helped her see how literature can mirror the unforeseen challenges and surprises in life and business.

She said people read to go on adventures; they enjoy the thrill of the plot twists that come along. She said it is possible for people to apply that sentiment to their lives.

“We are generally less thrilled when we arrive at these breaks, these plot twists, in our own lives. ... Faltering is uncomfortable, but the challenges it creates can lead us to places we couldn’t have imagined or planned to go. Perhaps we can try to see the inherent power of disruption to augment our lives for the better. Perhaps we can see it as a plot twist to a greater story.”

Look for the passion 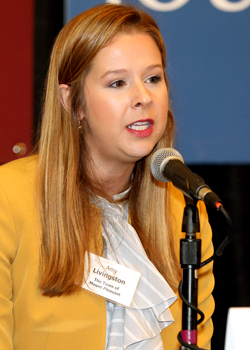 Amy Livingston, Mount Pleasant’s tourism and business manager, said people need to find their passion, pursue it aggressively and be comfortable with failing and trying again.

Livingston noted there will be times when that passion for one’s work or job wavers. She said employees should then focus on what they do enjoy and home in on that, or decide instead it is time for a transition.

“It’s really easy though to find your passion when you’re doing something you want to do, but what about when you’re tired of your job? What about when you’re tired of that client or that project? You need to learn to look for the passion,” Livingston said. “Maybe you haven’t hit your ultimate career goal. But find good, find happiness and be present along the way. Surely there’s a task that can get you really fired up, and you can focus on that.”

Focus on the workforce 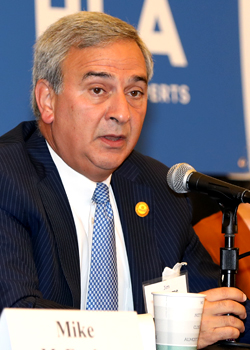 S.C. Ports Authority President and CEO Jim Newsome said companies should focus on hiring the best workers and creating an environment that makes them want to stay.

Newsome said that company executives should align themselves with the human resources department and that companies should have a defined culture in which employees understand their mission.

“If you’re not focused on being a great employer, I think that you’re going to lose out in that area,” Newsome said.

He added that a shift is needed to promote technical colleges and degrees as viable career options to high school students.

“How do we change the mindset that every kid has to go to college and get a four-year degree? How do we make technical education something that’s really cool? I would argue with you a lot of that has to do with the parents. It’s simply not cool for parents to tell their neighbors that their kids are going to technical schools. ... There are a lot of great jobs available through technical education. Ninety percent of our workforce is really what you would call a blue-collar workforce.” 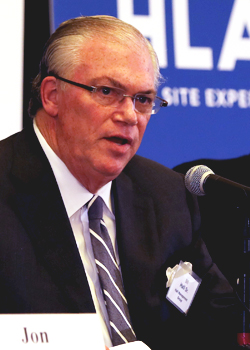 Bill Hall worked in hospitality for 54 years before he opened Halls Chophouse on King Street in downtown Charleston in 2009.

“If you have an urge in your stomach or your heart to go into business today, do it. I mean that,” Hall said. “Don’t stay in the corporate world and be miserable. ... One day, I said, ‘I’m going to do it. I’ve always wanted to do it. I’m going to open my own business.’”

Hall said his years running Halls have taught him some core principles for success: Focus on customer service and the product, send handwritten thank-you notes to customers, listen to employees’ concerns and ideas, and review financial statements daily.

Maintain credibility above all else 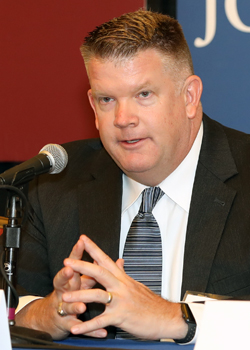 Col. John Dorrian, spokesman for The Citadel, spent 25 years in communications in the Air Force.

When he was deployed to Afghanistan in 2010 and 2011, his communication skills were tested in a painful way after the Taliban took a U.K. aid worker hostage. The United States and the United Kingdom worked together on a rescue attempt; the aid worker died during that effort.

Dorrian’s role was to inform the media about her death, but he had incorrect information during those initial calls.

Once he learned that the worker’s death was accidentally caused by rescuers during the rescue attempt, he had to call those journalists again to correct the information. He said it was a horrible moment, but it taught him the value of accuracy.

“Credibility is the most important currency in communications,” Dorrian said. “It is absolutely the most important thing, and if you blow that for some short-term tactical gain, then long term, you’re going to be in the ditch and you’re going to stay there. ... Credibility is the No. 1 thing you want to preserve for your organization because that leads to success long term.” 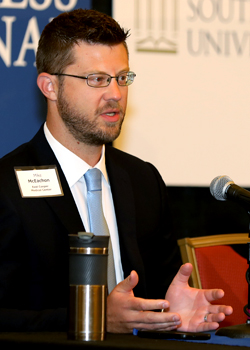 For East Cooper, this meant spending $4 million this year to buy several surgical robots to assist with less-invasive procedures and better patient outcomes.