Under Armour exec to Dig South crowd: Connect through stories 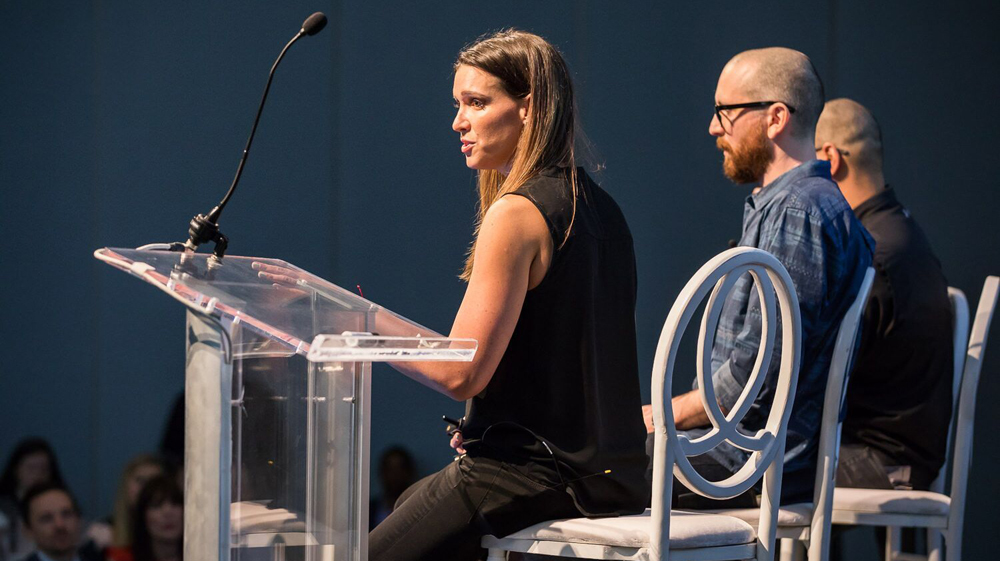 When three women decided to train as a bobsled team for the 2018 Winter Olympics, they made history. They were the first-ever Nigerian team to participate in the event.

They garnered a flurry of international attention, and Seun Adigun, Ngozi Onwumere and Akuoma Omeoga used their new platform to discuss breaking down gender barriers and to promote African nations’ participation in the winter games.

The team did not receive a medal. Its members did secure several endorsement deals with major brands.

Megan Oepen, head of content for Under Armour, says she saw an opportunity to connect people to the athletic apparel brand by telling the stories behind the athletes’ journey to the Winter Olympics.

Under Armour created a five-episode documentary-style series on the women, showing how they trained, how their team operated and what it meant for them to compete for their nation.

“Ultimately as storytellers — for brands, for journalists, for publishing platforms — we’re trying to pull you in. We’re trying to get you invested,” Oepen said in Charleston late last month during the Dig South tech conference. “We’re trying to connect with you on some emotional level.”

The videos never make a direct sales pitch, but the athletes were “branded head to toe in UA the entire piece,” Oepen said.

Oepen said the video series promoted the company subtly, connecting viewers emotionally to the athletes, and ultimately, to the brand.

Oepen added that telling stories in different formats — such as taking a traditional advertisement and turning it into an emotional video series — increases the likelihood of getting the attention of someone who might not interact otherwise with the marketing push.

“I would argue that every brand has access to those stories, it’s just a matter of figuring out how to find them and then what that emotional hook is and how to humanize them and connect them to other people,” she said.