The Arthur Ravenel Jr. Bridge opened 15 years ago this week, on July 14, 2005. As anniversaries go, 15 years isn’t one of those milestones that gets celebrated like Charleston’s 350th, but 15 years ago was a significant moment in how people and commerce move throughout the Lowcountry. 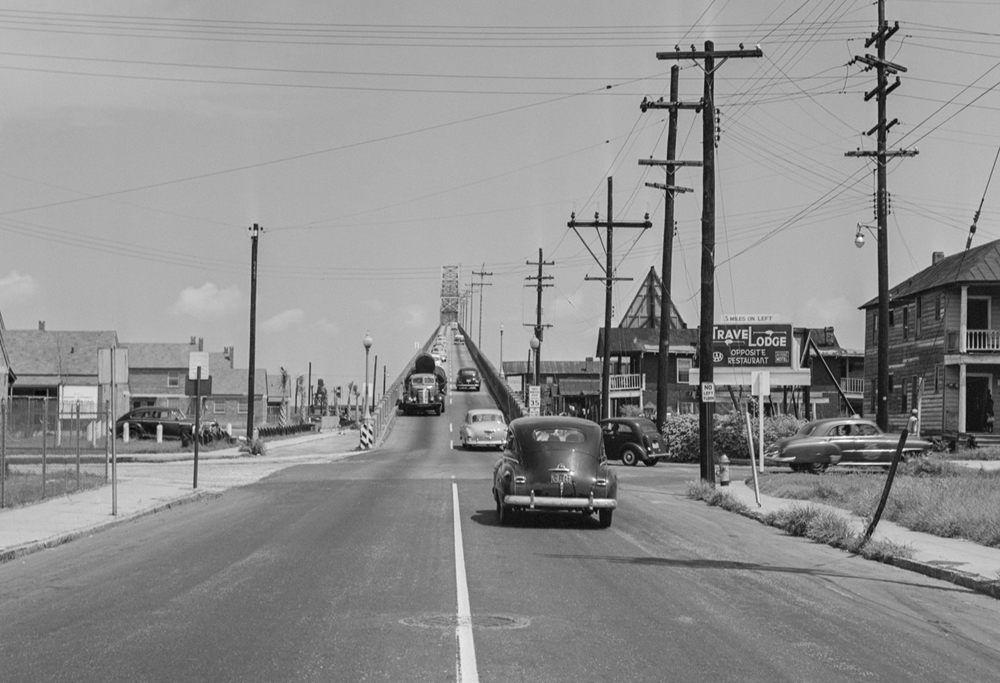 You had to hope for a lot of grace going across the Grace, to be sure. Those skinny railings, that singular break-down spot in the dip between the humps — it sure felt like you were rolling the dice at times. And back before the Pearman was built, the Grace was a two-way thoroughfare.

For a small sense of scale, you can still walk across the pilings of the Pearman bridge, which were used to build the pier at Mount Pleasant Memorial Waterfront Park.

Here are some numbers about the bridges.

A lot of different price tags can be found, but the U.S. Department of Transportation says this was the price for replacing the bridges with the newest Cooper River bridge. The bridge was paid for through several sources, including a $325 million grant from the S.C. Transportation Infrastructure Bank, a federal transportation loan of $215 million, and another $135.2 million from other federal and state sources.

The height of each of the two towers of the Ravenel Bridge is 537 feet. For comparison, the top of the Pearman bridge came just above the roadway of the Ravenel.

At the time the new Cooper River Bridge was built, it was the longest cable-stayed bridge in the world. That has since been surpassed, but it’s still a massive bridge.

Nearly 1.4 million pounds of stone, or 698,000 tons, were used to secure and build the bridge, which was designed to withstand earthquakes, hurricanes and even a ship collision.

The bridge can be seen for 30 miles across the Lowcountry. The bridge’s two spans were designed to look like the sails of a ship.

The bridge was built for eight lanes of traffic, but at one point, the design of the bridge did not include a pedestrian and bike lane. Stakeholders in Charleston, including Mayor Joe Riley, insisted that residents and visitors be able to cross the bridge on foot, so the 12-foot-wide lane was added on the ocean side of the bridge.

If you want an up-close look at the old bridges, the 1995 Samuel L. Jackson and Bruce Willis film Die Hard with a Vengeance was partially filmed on the Grace bridge.

The old Grace bridge originally had a toll of 50 cents per car, with a 15-cent-per-passenger premium, and more for trucks. Today, that would be $7.58. The toll was eventually lifted after the state purchased the bridge for $4.15 million in 1945 from the Cooper River Bridge Co., which completed the bridge two months before the stock market crash that signaled the start of the Great Depression.