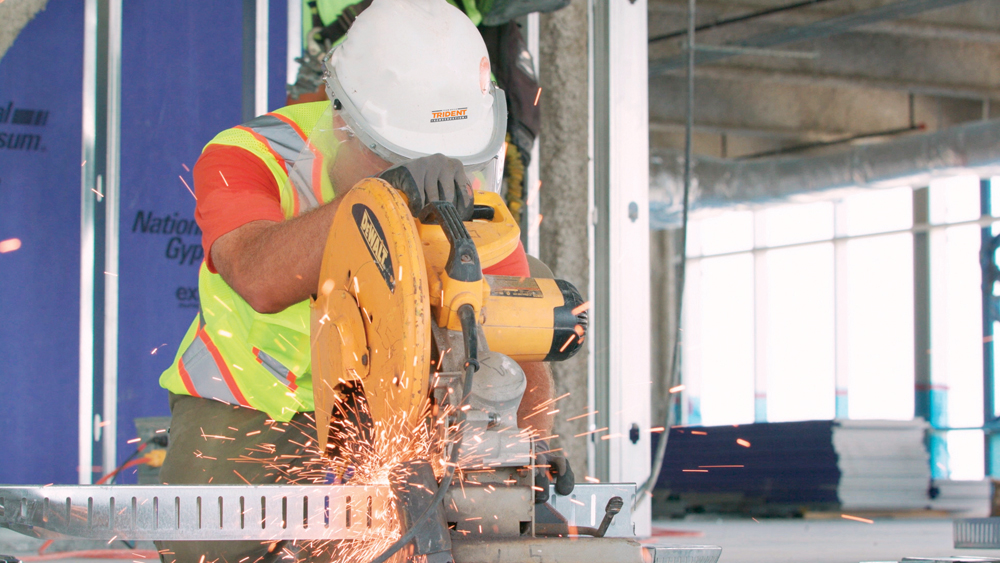 As offices and retail businesses closed in waves while COVID-19 took hold across the Lowcountry, one thing soon became clear: Construction sites were not closing down.

Part of that is the essential nature of the business sector, especially because many of the companies involved in architecture, real estate and construction work in health care.

Chappy McKay, vice president of Trident Construction, said when the outbreak began, the company brought its safety group together to re-evaluate all of the safety plans for jobsites and determine how they would operate.

“We’ve got the utmost respect for COVID-19,” McKay said. “Absolutely we’re operating differently on the jobsites. We’ve got to put the health and safety of our employees and our subcontractors first and foremost.” 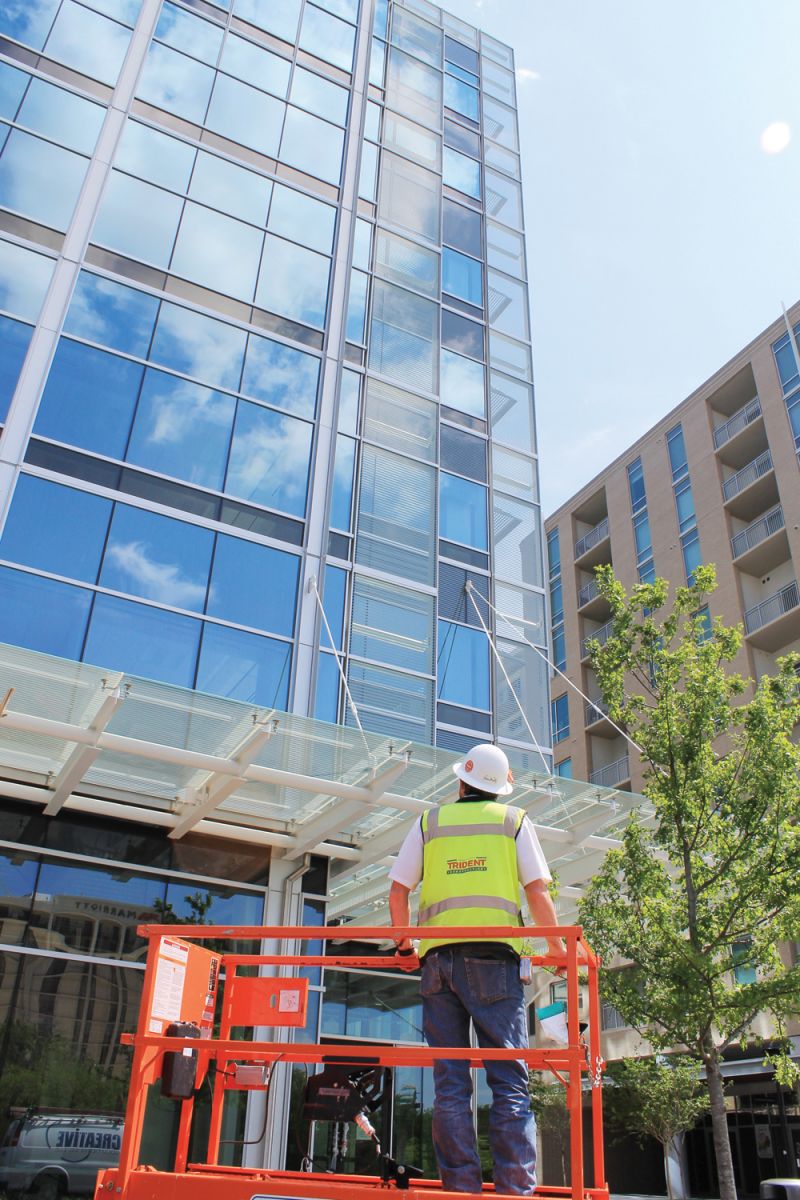 At the company’s office in North Charleston, Trident Construction split the staff to give more space and also allow someone to always be in the office and available to support construction crews and subcontractors.

“We wanted to reduce and create space in the office so we can practice social distancing, so we’ve broken up into two teams,” McKay said. “They alternate days at home. We have to keep the office open to support our field workers and support our subs. That’s how we are managing and it seems to be working pretty darn well.”

McKay said Trident has seen a few early stage projects slow down, but everything else is continuing on. He said in the few cases when supply chains have been interrupted, Trident has been able to quickly find a secondary source.

“We are an essential business. Production is steady. Our team members and allies are really pulling together,” McKay said. “Material delivery continues to be consistent. We’re having to work smarter, and we’re having to work safer, but we’re able to keep thousands of people in the greater Charleston area employed and paid.”

Across the country, some construction companies are reporting layoffs and work stoppages.

The Associated General Contractors of America conducted a study in late March that found 39% of contractors reporting projects have been halted or canceled recently. The organization also warned that cancellations likely were to result in large layoffs in the sector nationally.

“The abrupt plunge in economic activity is taking a swift and severe toll on construction,” Ken Simonson, the association’s chief economist, said in a news release. “The sudden drop in demand stands in sharp contrast to the strong employment levels this industry was experiencing just a few weeks ago.”

An analysis in April found that 27% of construction companies were reporting layoffs, along with shortages of material, parts and equipment.

Chris Price, owner and president of PrimeSouth Group, which owns and develops commercial real estate in Charleston, said before COVID-19 everyone in architecture, engineering and construction was incredibly busy. Now they’re making calls to make sure they’ll have work to go to after this outbreak passes.

“I think things will slow down,” Price said. “My phone has been ringing for the first time from architects, engineers and construction companies; that hasn’t happened for months. People are starting to look at their pipeline, to make sure they’re going to be busy going forward.”

Mark Hood, president and CEO of Hood Construction in Columbia, said the company is operating at 80% of its normal capacity right now.

“We have shut down some jobs,” Hood said. “We do a lot of health care work, and the hospitals have asked us to stop our projects and leave, and we fully understand that and endorse that. It makes me feel better not to have my people inside the hospitals right now.” 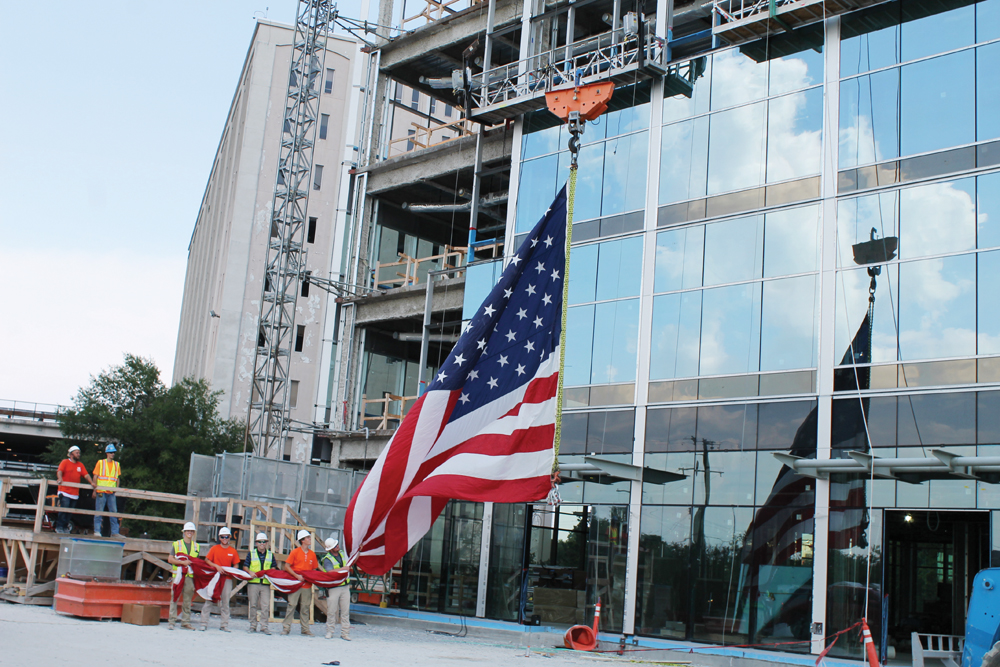 Trident Construction also does work in the health care sector. McKay said some hospitals called on their engineering expertise to do some fast-turnaround work when COVID-19 took hold.

“As hospitals become more aware of the environment with coronavirus, we have been brought in on some fast-track projects to do more infection control in hospitals,” McKay said. “One of these calls came in the middle of last week. We called the engineers. We called key contractors, and four days later we completed a project that would typically have taken a month.”

McKay said one of the most vital parts of dealing with this has been the support of the municipalities in the Charleston area. He said the fast-tracked work Trident has been doing for health care facilities happened because cities treated the permitting as a critical need.

McKay said that everyone at his company is pulling together to find solutions internally and to serve customers. He said Robbie Fairey, Trident’s founder, chairman and CEO, learned long ago not to overreact or underreact in a crisis. He said Trident is employing lessons learned during the Great Recession in 2008.