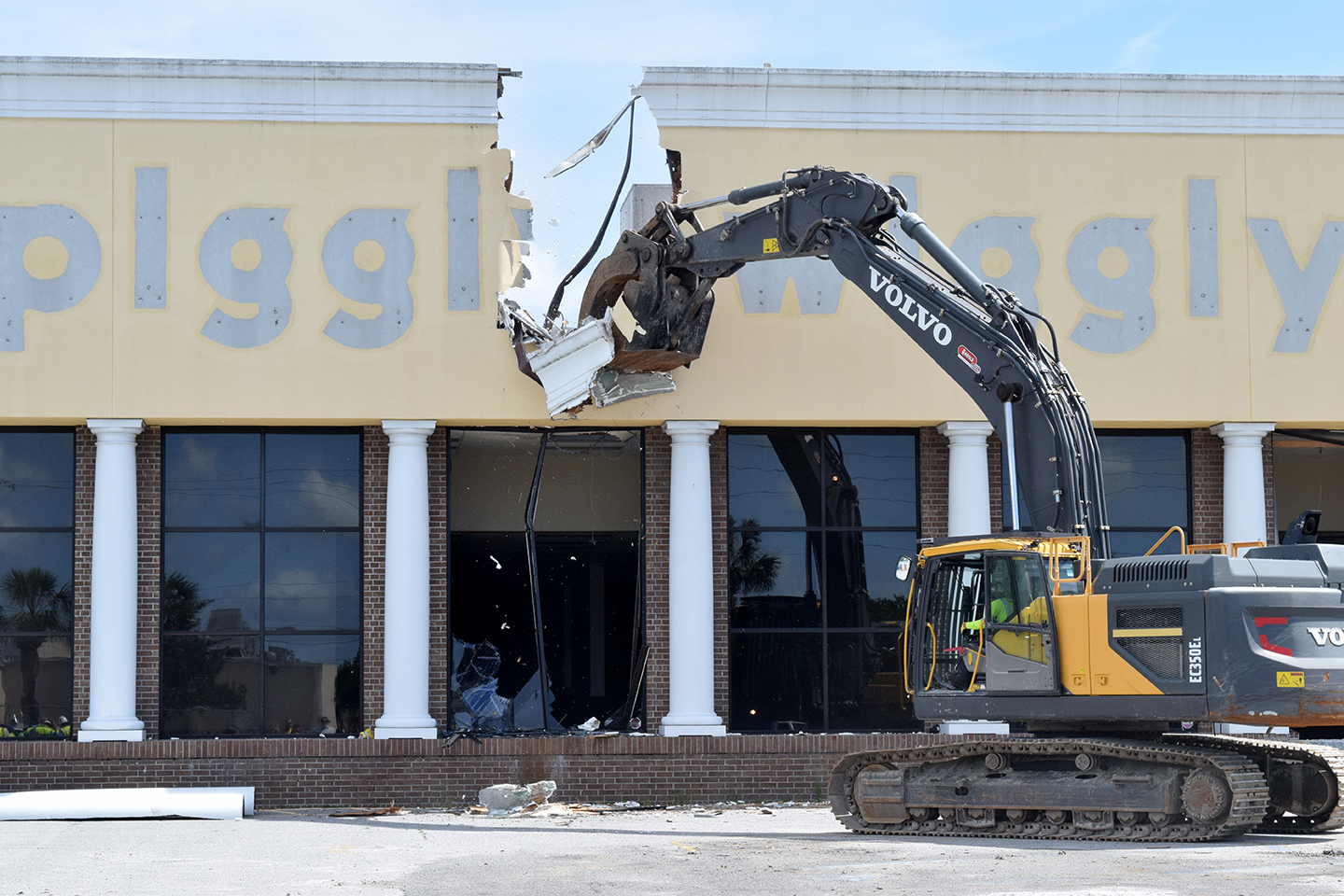 About three years ago, John Tecklenburg visited the “dilapidated” former Piggly Wiggly site at the corner of Sumar Street and Sam Rittenberg Boulevard in West Ashley during his campaign to be Charleston’s mayor.

On Tuesday, the mayor began demolishing that symbol, stepping into an excavator and pushing the vehicle’s bucket through one of the abandoned grocery store’s windows.

Full demolition of the former Piggly Wiggly by Target Contractors LLC is expected to take place over the next few weeks.

The city bought the former Piggly Wiggly site last summer from Charlotte-based real estate investment firm Wintergreen Capital for $3 million, about $1 million more than Wintergreen paid for the property in 2014.

“This was a priority for us to take control of this property, as the mayor said, so we can start the revitalization,” said Peter Shahid, City Council member for District 9 and the chair of the city’s West Ashley Revitalization Commission. “What better way to do that than to revitalize a gateway to the birthplace of Charleston and the birthplace of South Carolina?”

Tecklenburg said the city will announce public engagement sessions about the site in July so that citizens can weigh in on what they would like to see done with the site. He predicted that a concept of a plan could be developed by the end of the year, depending on what is proposed. 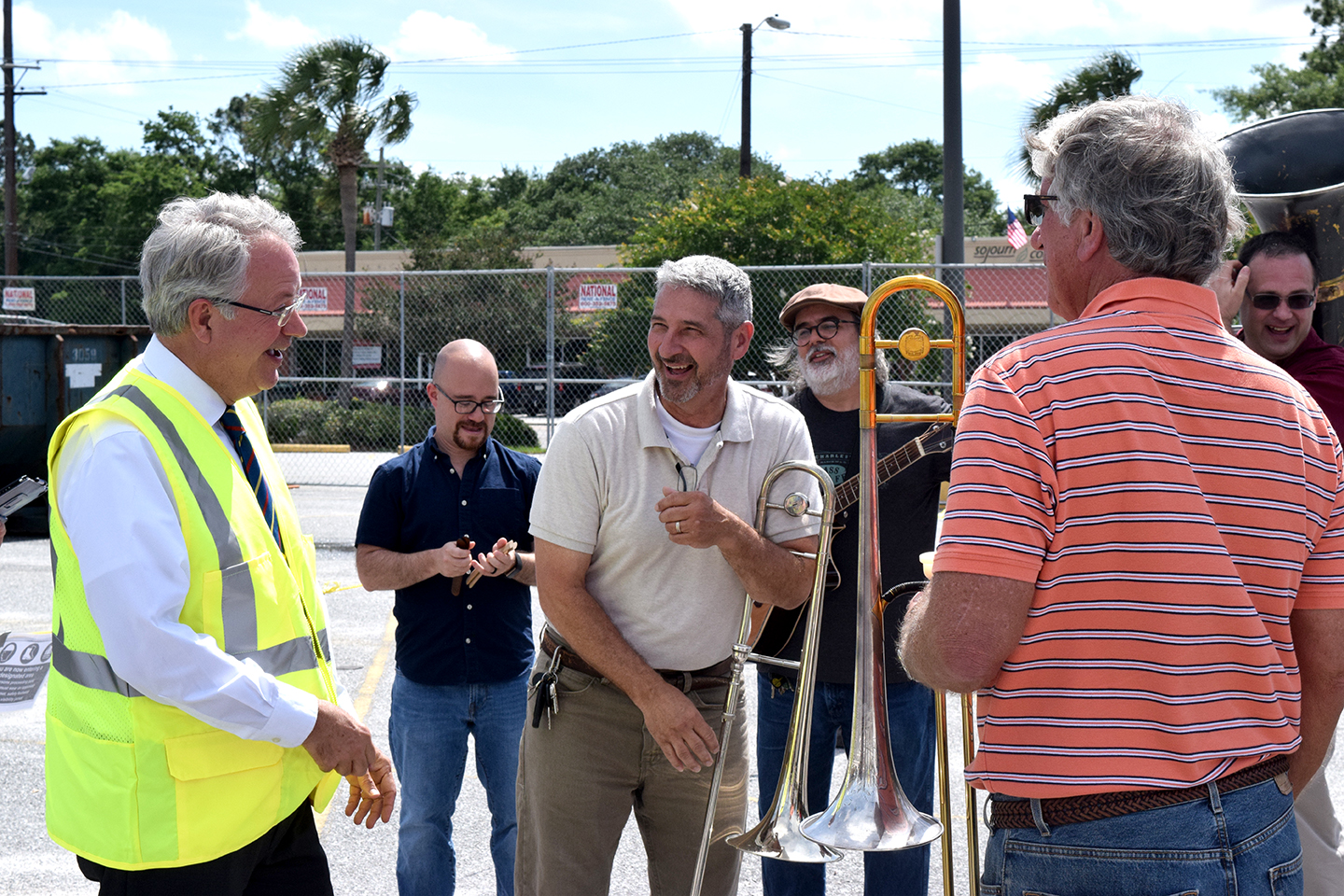 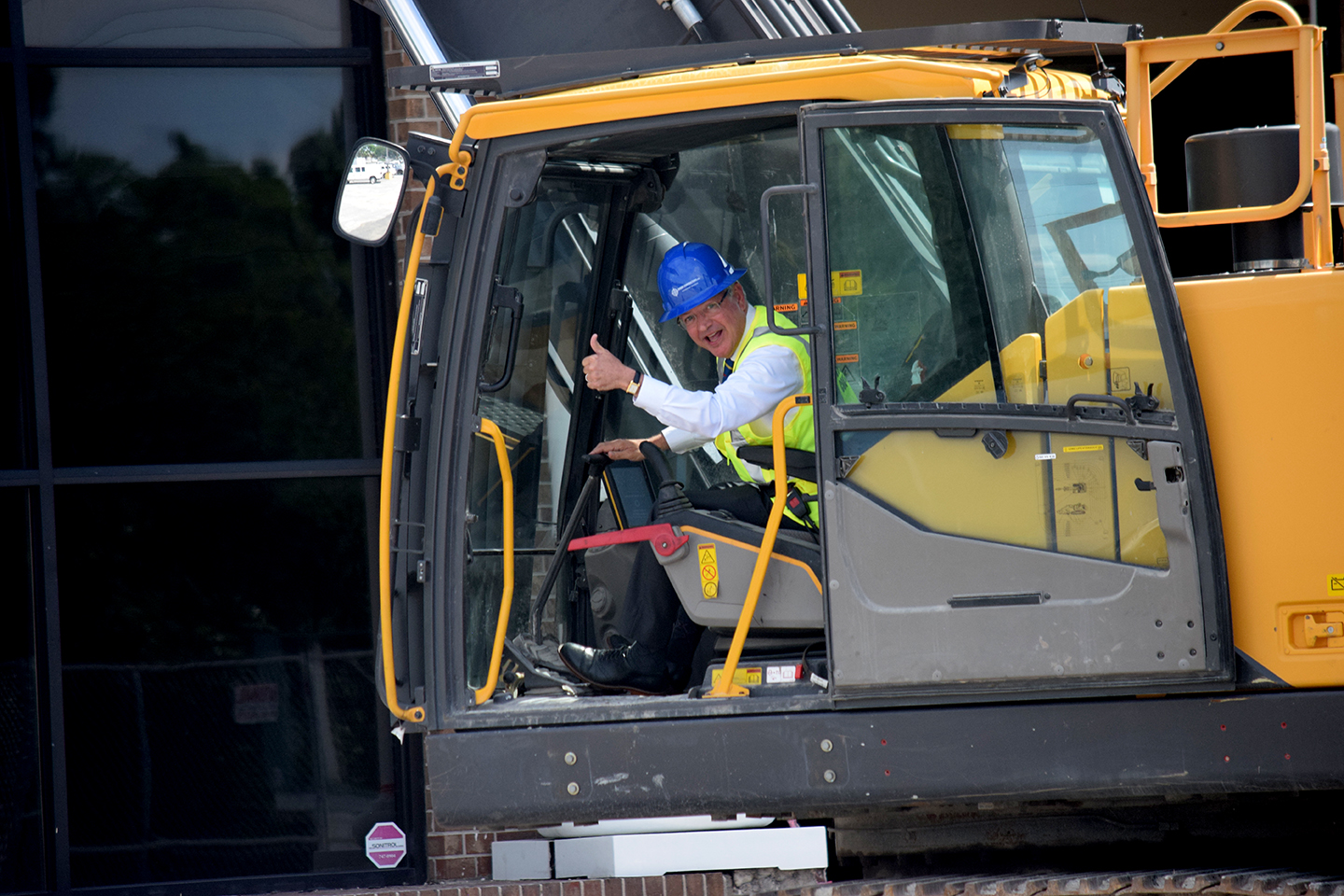 “Would we have specific building plans if it’s a building? Maybe not yet,” Tecklenburg said. “That takes another step in hiring an architect. So maybe a year to really have a solid plan with construction plans.”

He said the city will have the funding for any project that is developed on the site because City Council designated the area a tax increment funding district in 2016, which reallocates taxes from increased property values to make public investments to try to stimulate private investment.

“It may take a little while, but we do have a funding source and are able to do something here,” Tecklenburg said.

Shahid said one of his top priorities is alleviating the dangers of merging traffic where Sam Rittenberg Boulevard meets Old Towne Road.

“The No. 1 concern for my constituents around this area was connectivity,” Shahid said. “Connectivity so that neighborhoods around different areas can have access to this property, to the shopping center behind us, to … across the street, Sojourn Coffee.”

Tecklenburg agreed, and said the primary reason the city wanted to purchase the former Piggly Wiggly site was to make the intersection and surrounding area more pedestrian-friendly.

The purchase of the site and the demolition of the former Piggly Wiggly building are part of the city’s West Ashley master plan, a project approved by City Council in February to revitalize the area.

Other parts of the projects include improving the West Ashley Greenway, more affordable housing options, upgrading playgrounds in the area and the West Oak Forest drainage project.

The mayor said, though, that it will take time to create the West Ashley envisioned by the plan.

“Rome wasn’t built in a day, and neither was West Ashley,” he said. “But as we tear down this dead Pig, it will be a symbol of good things to come for West Ashley.”