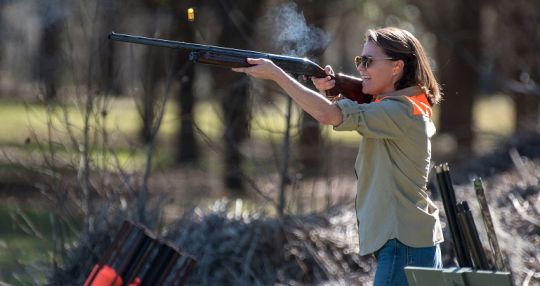 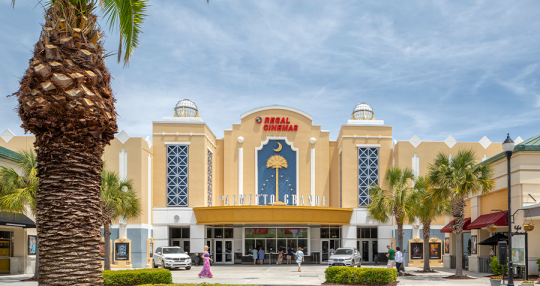 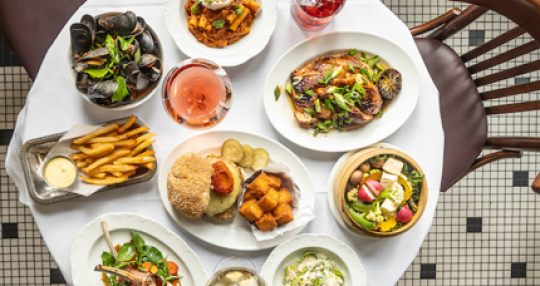 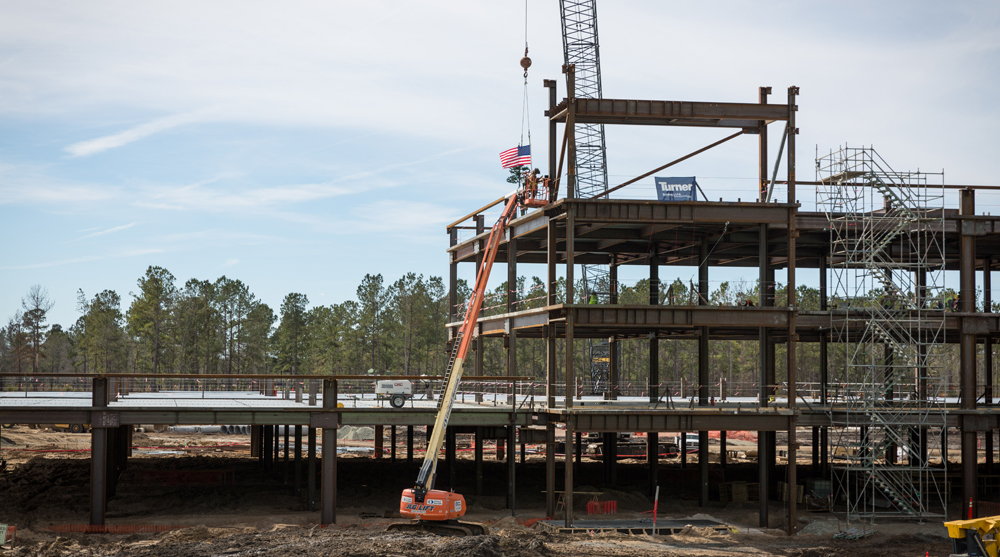 Roper St. Francis celebrated the topping-out of its Berkeley County hospital in early February, and hospital leadership says construction on the new health care facility is on schedule.

“The steel is going up, and we will start moving towards the shelling of the building, and that’s where a lot of the construction of the building will really get moving,” said Stephen Porter, who’s been CEO of Roper Hospital and Roper St. Francis Berkeley Hospital since July. Porter took over for Scott Broome, who began as CEO of Vibra Hospital of Charleston in February 2017.

Porter said the new hospital will enhance the ties the Roper system has to Berkeley County. Roper St. Francis has a campus in Moncks Corner that provides outpatient surgery, laboratory testing, X-rays and other outpatient services.

“We already have a connection with that community and are serving that community, to the tune of about 17,000 visits up in Berkeley today,” Porter said. “About 20% of the Berkeley inpatient market share is supported by our Roper St. Francis hospital facilities.”

The new 90-acre campus near the Carnes Crossroads development will include a three-story medical office building, expected to be completed this summer, and Berkeley Hospital, which Porter said is on track to be completed in the summer of 2019. The project is expected to cost $125 million, with about $7 million going into the site, $28 million going into the medical office building and $90 million into the hospital.

The office building will have medical offices on all of its floors, plus classrooms on the first floor and administrative offices on the third floor.

The hospital, which will also be three stories, is being constructed adjacent to the office building. The first floor will include the emergency department, imaging department, laboratory, pharmacy and operating rooms. The second floor will be devoted to women’s health, including labor and delivery and postpartum rooms, and the third floor will include general hospital rooms and the intensive care unit.

“This is going to bring comprehensive, very high-quality services to the Berkeley community and provide another option for choice in the community,” Porter said.

Porter said the county has been “extremely supportive” of the new hospital, as have his Roper St. Francis colleagues. He noted that Roper St. Francis leadership has been working for several years with a Berkeley County advisory committee, which comprises businesses and residents, to try to ensure the health care system best serves the community.

“This is a major not just financial investment from us, but it’s a major strategic commitment that we have made to grow our health care system and continue to support and expand to meet the needs of that community and the other communities that we support,” Porter said. “So we’re very excited about it.”

Roper St. Francis Berkeley Hospital will be the first hospital in Berkeley County. Trident Health holds a certificate of need to build a hospital in the county but has not announced plans to do so.

The Medical University of South Carolina has also announced plans to build a hospital in Summerville, in proximity to Roper St. Francis Berkeley Hospital. MUSC applied for a certificate of need with the S.C. Department of Health and Environmental Control in December; the approval process can take up to six months.

A spokesman for Roper St. Francis said it was too early for his company to comment on MUSC’s project because too much is still unknown.

But Todd Gallati, president and CEO of Trident Health, has expressed concerns about MUSC’s plans.

“Given how quickly this announcement was made, with virtually no input from the community or health care leaders, without additional information, it is difficult for anyone to know exact details including how in fact MUSC intends to pay for this $350 million proposed facility,” he said.

I can't wait until it opens! It will be so great not to have to travel so far! Eutawville, SC