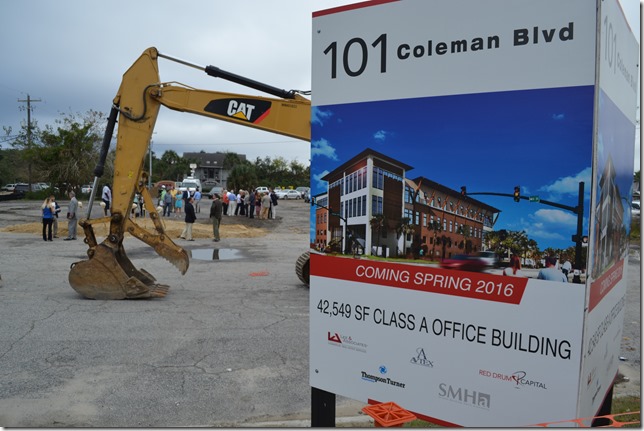 Developers and Mount Pleasant officials broke ground this morning on one of the central projects that helped spark a grass-roots movement to limit growth in the town. 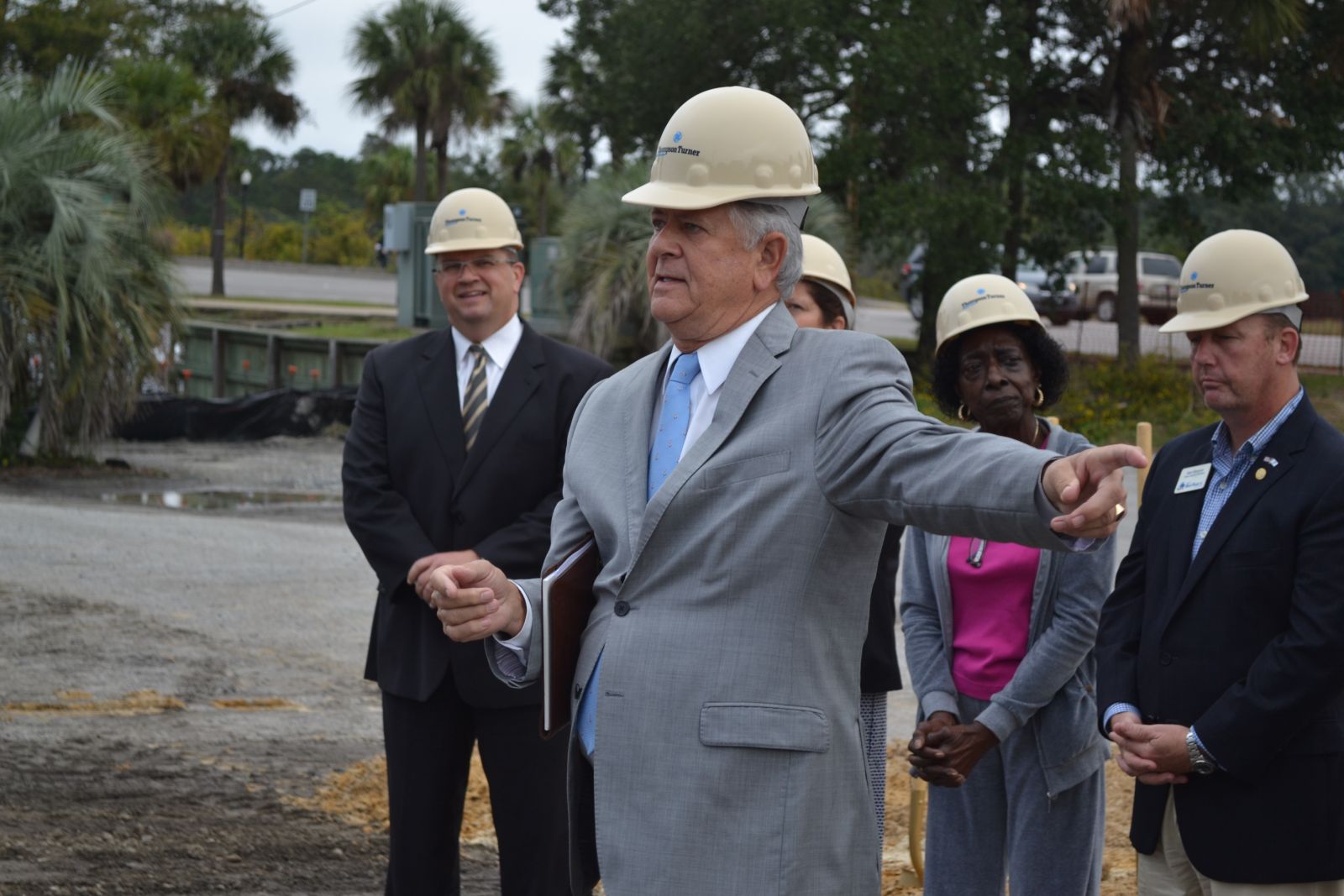 The project became a hot-button issue for what turned into the Save Shem Creek Corp. Many of the group’s members vocally oppose high-density development along Coleman Boulevard and expressed shock when they saw the height and scale of The Boulevard, a mixed-use development.

The Boulevard was already open and being leased before major opposition coalesced against the project, but the office building, which had been in the planning stages since before the recession, was still going through the design phase at that time.

Vocal and persistent opposition at planning and council meetings created a political hot potato for Mount Pleasant Town Council, which was stuck trying to be responsive to residential concerns over growth while remaining supportive of developers who didn’t like the uncertainty of regulations changing in the middle of projects.

The organization filed a lawsuit against the town in July, taking issue with what it said was unclear decision-making about complex zoning issues. Mount Pleasant Town Council had withdrawn a partnership agreement with Shem Creek Development Group in February that would have given the developer accommodations tax money in exchange for public access to the parking facility with a taller building.

This morning, Mayor Linda Page said the town is moving beyond the controversy. 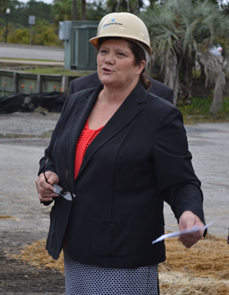 “This is a message that’s important to this community,” Page said. “This project has unfortunately created some divide, but that divide has united, and we will move forward with a wonderful project, and we’re very excited about that.”

Small said the project began as a public-private partnership between the town and the developers after then-Mayor Billy Swails asked if they could do something to alleviate parking problems along Shem Creek. The area’s restaurants and shops overflow with traffic, particularly on nights and weekends.

The recession derailed those initial plans, but a need for high-end office space soon emerged, and developers envisioned the site as a highly desirable address for professionals that could also give relief to local neighborhoods weary of parking problems.

“We feel very strongly that what we’re doing is preserving this iconic tourist attraction here on Shem Creek,” he said.

Bryan Derreberry, president and CEO of the Charleston Metro Chamber of Commerce, reinforced that idea of regional connectivity, saying a lack of office space can hinder the region’s economic development prospects.

“Our region is experiencing significant economic growth, and as a result of that we have limited office space and options for the businesses to move to our region and expand,” Derreberry said. “101 Coleman provides much-needed space, and it also provides significant economic development opportunity for the town of Mount Pleasant.”

Page said the property was the town dump in the late 1950s and early 1960s. She also recalled the various shops and offices along Mill Street she used to visit as a child. She said a party crowd with cigarette boats and skimpy bathing suits became the Shem Creek culture in the 1970s — but that’s all changed.

“The creek was a different place than it is today, but I’m very ingrained here. I love Shem Creek, and I’m excited about this project because it’s time we make a reinvestment in the community and welcome the new businesses that are going to be here,” Page said.